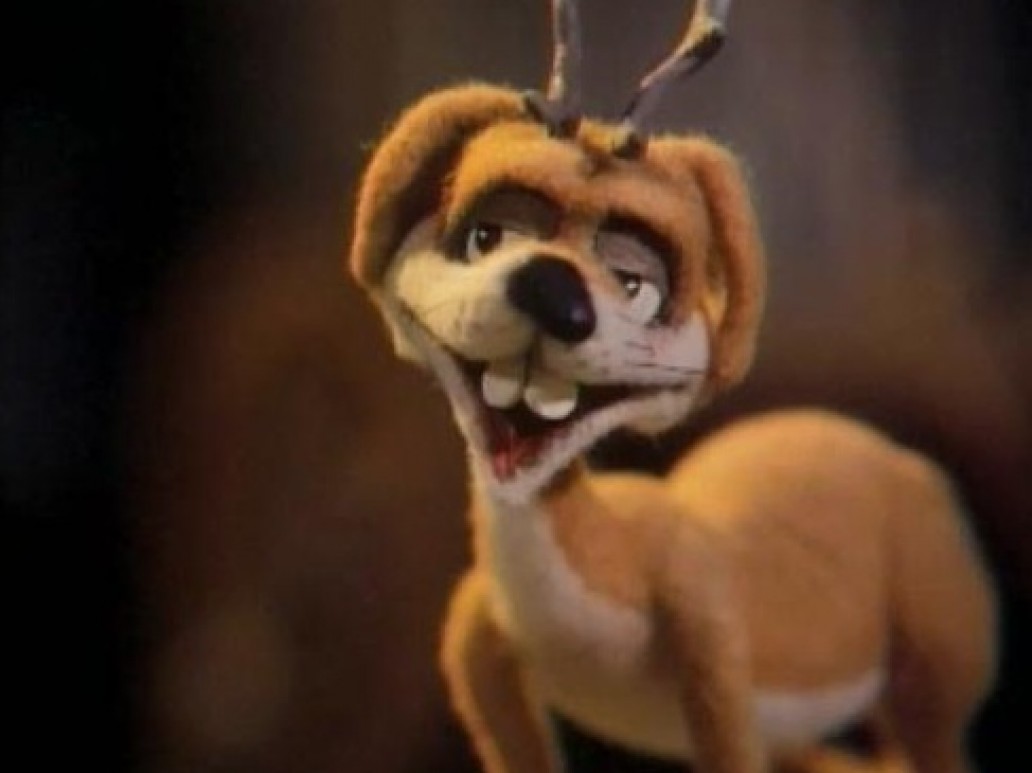 I had a screening today for Manchester by the Sea, so I didn’t get a chance to do a big kickoff piece for A Sacred Wall Christmas (Subtitle: The Greatest Gift of All). However, I still wanted to do a fun/stupid piece to kick off the season before we get to GOAT lists, so why not start the season by Ranking Santa’s Reindeer!

Yes, that’s right, I’m going to take a look at every single pop culture representation of the reindeer, from the TV specials to The Santa Clause series. Before we look at which reindeer are naughty and which are nice, some honorable mentions. Because I’m only ranking Santa’s Nine Reindeer, this means that Chet from The Santa Clause 2, Olive from Olive the Other Reindeer, Clarice and Fireball from Rudolph the Red-Nosed Reindeer, and Scratcher from Rudolph and Frosty’s Christmas in July are ineligible. So, with this understood, let’s take a quick look at the Definitive Ranking of Santa’s Reindeer.

The father of Rudolph in most renditions of the most famous reindeer’s story, Donner’s kind of a dick. He judges his son for being different, he’s intolerant, he’s stubborn, and, as proven by the line “No; this is man’s work,” he’s a misogynist. Screw Donner.

Other than the fact he’s the other douche who sires Rudolph and then treats him like garbage, his name is Blitzen. That’s just the douchiest name possible for a reindeer. The only reason that he’s better than Donner is that he’s less aggressively awful. But other than that, what’s he overcompensating for?

Comet is like that reindeer you’re supposed to find charming but is really just kind of awful. You ever see Rudolph? He’s that douche who coaches the reindeer. The one that blatantly says “We’re not going to let Rudolph play in any reindeer games. Right? Right.” They try to redeem him in The Santa Clause and The Santa Clause 2, but all he does is fart and screw with Santa. Is it funny? Kind of. Is it endearing? Not at all.

Poor Cupid. Cupid’s likable enough. But no one ever talks about her. She’s like the Ann Veal of reindeer. I haven’t forgotten you, Cupid.

Dasher is such a kiss-ass. Ooh, Santa, look at me! I’m the first one! Still, when you’re asked to name reindeer, at least you can remember Dasher’s name. Whatever. All that makes him is the Kanye of reindeer: famous, but you don’t really like him for it.

Vixen’s a sweetheart. She’s talented, smart, and the second-youngest of the reindeer. She also has the lead reindeer role in The Year Without a Santa Claus. Unfortunately, her big role in it is getting sick because she’s dragged to South Town, USA, and can’t take the heat. Vixen can eventually top the list, she just needs to grow up and build her immunity a little bit.

Hey, did I tell you guys I saved Christmas? Cuz I did. Nbd.

Yeah, yeah, yeah. Everybody loves Rudolph. He has his own song, a beloved special, three sequels, and a [terrible] movie rendition. And yes, he saved Christmas. But he’s a little attention whore. I’m just gonna say it. He had 15 minutes of fame and he’s still milking it for everything he can. I’m onto your games, Rudolph, and while you’re impressive enough to go Top 3, but I won’t give you #1. Why don’t you go whine about it to Hermie and Yukon for an hour before ditching them on a creepy island.

Oh Prancer. You have your own (kinda creepy) kids’ movie. You’re the one everyone likes. I don’t even have anything bad to say about you (other than you almost got that kid killed). But you’re just kind of…boring. There’s not much to you. I’ll give you #2 for not being Rudolph, but you’re not #1 material. That honor belongs to…

Yeah, Dancer! You do you! Dancer is the best reindeer. He’s tough, he’s strong, he’s brave, and he’s cool. But more importantly he’s a dancer (or a human). He knows who he is, and what he can do, and he’s like the Gene Kelly of the reindeer team. If there’s only one reindeer that matters, it’s Dancer. Team Dancer all the way.

So that’s my ranking of the reindeer. I hope you liked it. I’ll give you a more intelligent list next week, but for now, between my day job and the many, many, many preseason awards coming out (tune in tomorrow for a definitive look), it’s nice to make a smaller, lighter list. Have a Happy Holiday season, everybody. You can settle in with this John Travolta–Olivia Newton-John classic.