Sacred Wall was started in June of 2016 by Travis Burgess. Its goal is to keep its readers informed on breaking pop culture news and awards predictions and creating dialogue amongst those who share these passions. It offers a critical and sometimes humorous take on the ever-changing landscape of film, television, literature, music, theater, and occasionally video games and sports.

For more about this site, click read Our Mission Statement. 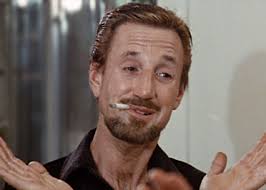 Travis Burgess is the Founder, Writer and Chief Editor at Sacred Wall. Graduating in 2016 from the College of Wooster with a Degree in English and a Minor in Film Studies, Travis decided to use his encyclopedic knowledge of pop culture to inform the world, and turn his critical eye towards his true passions. His favorite films are The Blues Brothers, The Hurt Locker, All That Jazz, Zodiac, The Rocky Horror Picture Show, The Wizard of Oz, Her and Everybody Wants Some!!; his favorite authors are Ernest Hemingway, Cormac McCarthy and Truman Capote; his favorite television programs are Frasier, Bojack Horseman and Sherlock; his favorite songs are The Boxer, Tiny Dancer and Perfect Day.