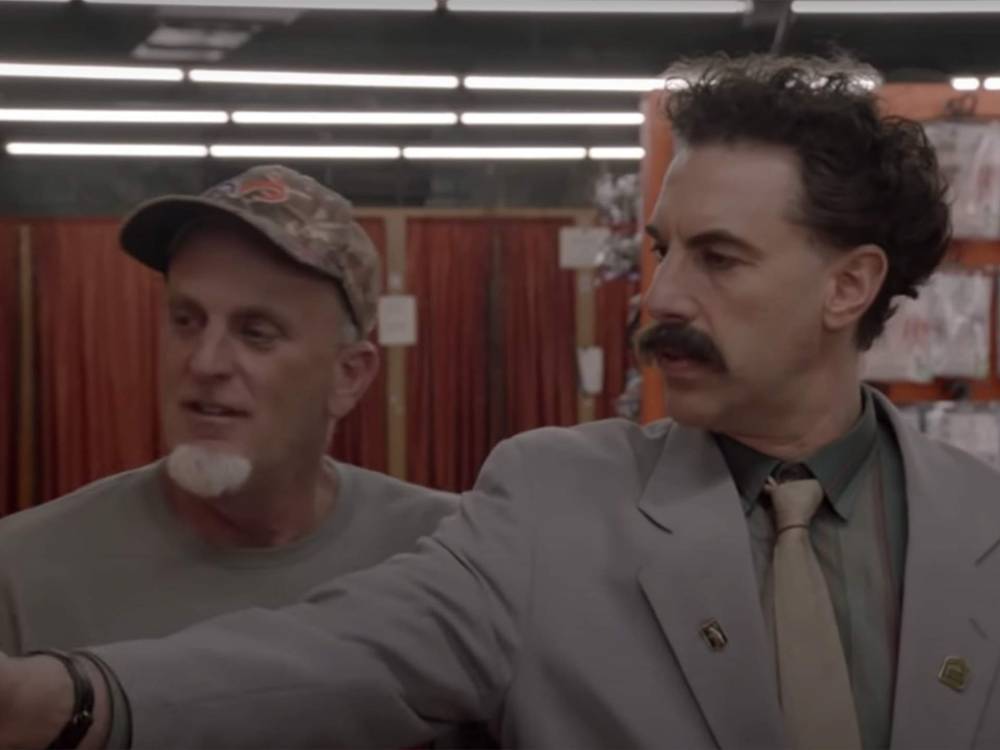 It probably shouldn’t come as a surprise to anyone. After all, there’s been rumors that Sacha Baron Cohen has been popping up sporadically all over the country for two years now, including sightings of his iconic character Borat. However, between his newest television show Who Is America? and the fact it’s been almost fifteen years since the iconic Borat took the box office by storm, received an Oscar nomination for its screenplay, and inspired a series of frat bros who missed the point to go around screaming “MAH WIFE!” It’s amazing how fast things can change, as we’ve learned over the last week that not only has Cohen filmed a new Borat film, and not only has Amazon bought and dated it, but it now has a trailer.

14 years after his documentary made international headlines, Borat Sagdiyev (Baron Cohen) has become a laughing stock and source of shame amongst his Kazakhstani brethren. Tasked with a secret mission involving the U.S. government to redeem his legacy, Borat sets out once again to America. The mission? To deliver a bribe to Vice President Mike Pence, in the hopes that he would secure an alliance between the two countries. However, two issues plague Borat’s mission: first, while he is loathed in his homeland, he has achieved fame in America for his previous shenanigans. And second, he misheard the orders to “bribe” the Vice President with “bride,” meaning Borat must take along his young daughter Sarah Jessica Parker Sagdiyev (Maria Bakalova) as a potential mate for the already-married Veep.

I mean, look, let’s start with the obvious. The window for a Borat sequel probably passed ten years ago, when Bruno flopped. BUT…that might make this the perfect time for a sequel. While most of the world remembers the raunchy, dumb humor of Borat, it is important to remember that it came out at a time when popular perception of the U.S. was at an all-time low, thanks to a gaffe-ridden President and a war that most of the world either frowned upon or pulled out of soon after. He was the perfect buffoon, a patsy to trick open racists into outing themselves and the white moderate into revealing his own bigotry (much of the humor derives from both the Left and Right assuming that this actually was how someone from a third world country acts). I can’t think of a better scenario for a sequel than a time when Americans have two senile old men arguing over who gets to be the new President, an alarming rise of Neo-Nazis and Proud Boys flooding the streets, and people so inept at wearing masks that we have now become the highest mortality rate in the world in the face of a preventable disease. I mean, the sole moment of joy this past summer was when Cohen took the stage at a Unite the Right (i.e. Charlottesville) style event to out the participants as willingly complicit in Neo-Nazi beliefs through a hilariously offensive song. I’m excited for this one. Borat Subsequent Moviefilm will be released on Amazon Prime Video on October 23rd. Interviews will include Rudy Giuliani and Mike Pence. You can watch the trailer below.