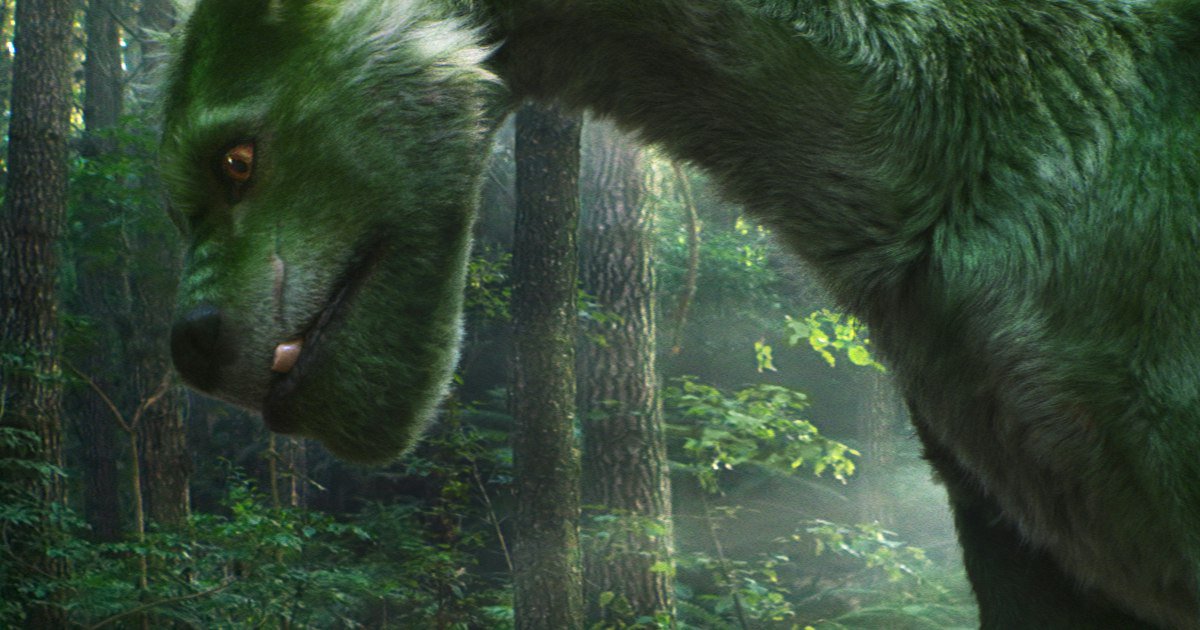 I have not seen David Lowery’s Ain’t Them Bodies Saints. There are hundreds of indie films that people “love” a year, and it is impossible to keep up. And besides, many of these directors usually are overrated, so how good can Lowery be? The answer is “quite,” considering he managed to take a rinky-dink Disney musical from 1977 and turn it into a captivating character piece. Pete’s Dragon may in fact be the movie of the summer, managing to out-Spielberg Spielberg himself (and I’ve already made it clear how much I liked The BFG). However, at no point does Pete’s Dragon waste its 104 minute run-time, instead bringing us into a world where childhood is magic and magic is king.

The film opens with a short prologue that, released individually, could theoretically win Best Live Action Short at the Oscars this year. It’s that good. We watch as Pete (Oakes Fegley) is on a road trip with his parents when a deer rushes out in front of them and poor old dad tries to swerve. Cut to the car crashed in the forest, mom and dad dead, and Pete surrounded by wolves. That is, until, a creature comes out of the forest. This is Elliot, a big green fur ball that has more in common with a dog than the dragons on Game of Thrones. Elliott extends his paw, Pete climbs in, and we fast-forward six years to the small lumber town of Millhaven, and we quickly meet the most important members of this community: Old Man Meacham (Robert Redford), who claims to have met a dragon, his forest ranger daughter Grace (Bryce Dallas Howard) who only believes that which is right in front of her, Grace’s fiancée Jack (Wes Bentley) and daughter Natalie (Oona Laurence), who run the local lumber mill, and Jack’s brother Gavin (Karl Urban), a lumberjack and a hunter. As the characters wander the woods, young Pete, who has spent the past six years becoming acclimated to the woods but never becoming feral because of Elliott’s companionship, takes notice, particularly of Grace and Natalie. They end up finding him and Pete is returned to civilization. While there, Pete begins to remember what having a family is like, Grace begins to reclaim her sense of magic and adventure, Elliott is desperate to reunite with his dear friend, and Gavin, having seen a glimpse of Elliott in the woods, sets out to bag him

The most amazing thing about this movie is it’s very close to a shot-for-shot remake of E.T. the Extraterrestrial, and yet that’s not a bad thing. It understands the riffs that are important in making that movie timeless, and instead of trying to “modernize” a story, or rehash covered grounds, it simply tells us a likeable relatable story that can warm everyone’s hearts. It’s got a boy who finds a magical friend, bonds with him, only the children truly understand the creature, and eventually the family must come together in a quest to stop the bad guys from kidnapping and hurting the magical friend. And, unlike E.T., there isn’t a black-and-white “bad guy,” per se. Sure, Gavin’s out to hurt poor Elliott, but he’s never portrayed as evil. He’s simply a small town man who is confronted by something he can’t understand and sees dollar signs. He’s a man who loves his family but loses track of what’s important. I find that a refreshing idea for kids, instead of trying to tell them “People are either all good or all bad.” And this is coming from someone that hoped Elliott ate one of the hunters. Lowery, as both a writer and director, really did manage to craft something magical.

Furthering the E.T. comparison, the film really gives the meaty material to the children. There are very few people who could tell you who played the mom in E.T., but everyone remembers Drew Barrymore and C. Thomas Howell. Similarly, the actors people will remember from Pete’s Dragon are young Oakes Fegley and Oona Laurence. They add a likeable, believable nature to their performances, and they quite clearly steal the film away from the trained thespians. Howard is fine in the role of Grace, but if, like me, you never really thought she was anything special, this isn’t the film to change that. Robert Redford is genial as Mr. Meacham, but he gives an opening monologue so forced you can’t help but think of the horrific Blade Runner voiceover-or, if you’re twisted like me, you’ll nickname Redford’s character “Grandpa Seth,” after the bizarre grandfather from Troll 2. I’m pretty sure Wes Bentley is only in this movie to make me giggle at close-ups reminiscent of American Beauty. And Karl Urban ends up taking on the meatiest adult role in the film, finding a gravitas and an empathy inside Gavin that most actors would probably ignore.

Of course, a special shout out must be reserved for Elliott, both due to the effects work and the vocal work of veteran John Kassir. Weta Digital has brought us beloved CGI work in The Lord of the Rings trilogy and Avatar, and their work here is no different. While there are times the CGI nature of Elliott shines through, the attention to detail on each hair of Elliott’s body is so clear in close ups, you won’t be able to help yourself if you believe he’s real. I can only imagine how long it took them to design the texture of that fur. However, Weta received all the help they can get in the form of Kassir’s voice. For those unaware, Kassir is one of the most underrated talents in Hollywood, providing voice work for the Crypt Keeper in Tales From the Crypt, Raymundo on Rocket Power, and Meeko from Pocahontas, as well as appearing in Reefer Madness: The Musical as the most famous character, Ralph. Kassir has a complexity to his voice that makes each character unique and brilliant, and Elliott is no different. Each dog-like “ruff” and terrifying roar have a soul that put Kassir’s performance on par with the works of Andy Serkis. This film doesn’t work without a lovable Elliott, and thanks to Kassir, that is never a problem.

Pete’s Dragon is a 21st century E.T. It’s got the heart, it’s got the strong characters, and it’s got the magic. Sure, there were some things I wished were resolved, such as a nuanced take on the lumber industry that I wanted more exploration of, or a better narration. But the film is true movie magic, and that’s something desperately needed in the world today. Now, if you’ll excuse me, I have to go watch the entirety of Lowery’s work. The man really knows how to make a film.