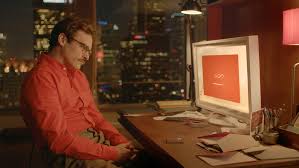 2013 was the first year I really began to take these lists seriously, and honestly it wasn’t that hard, considering how great a year it was. Every film seemed to push to make its way into my Top Ten, with my #1 changing three times over the course of a month, going into the home stretch with Frozen, a first for this so-so Disney fan, before being unseated by The Wolf of Wall Street. I left that film thinking, “If Wolf is going to be unseated, that film is going to have to be my favorite of all time.” That’s when I saw Her. And saw Her. And saw Her. I think I watched that film about eight times in the course of those first few weeks. It is the perfect testament to not only the 21st century, but love itself. I also took my first foray into the field of documentaries. A couple of them were good, some were average, and Cutie and the Boxer was bad. But otherwise it was an enjoyable year (even if it gave us The Lone Ranger). If I had any regrets, I probably would move Lone Survivor up a spot or two, Star Trek Into Darkness down a couple, and American Hustle probably would be replaced by All Is Lost, Inside Llewyn Davis or Short Term 12. However, I would recommend many of the films from 2013 at any given time, and I hope you check some of them out in the near future.

* denotes a tie for eighth-place