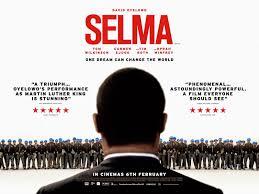 2014 was a year filled with fairly impressive films, yet as a whole, was fairly forgettable and disappointing. Sure there were some early gems such as The Grand Budapest Hotel and The Lego Movie, but I spent most of the year thinking “Is this it?” and not feeling confident in my #1, Boyhood. In fact, if it wasn’t for Selma, I would have been highly disappointed in the year. Furthermore, this year gave me the worst film I have ever seen, and despite what my friends think, it isn’t American Sniper. No, that honor belongs to the hate crime against cinema that is Transformers: Age of Extinction. I didn’t watch as many documentaries this year, but I still managed to get in a viewing of Citizenfour. Honestly, you’re better off with Glenn Greenwald’s articles. Snowden’s actions are still highly debated by the nation, but one thing we can all agree on is he lacks onscreen magnetism. If I had to make any changes to this list, I’d continue going back and forth on if The Guest and Into the Woods deserve a spot in the Top Ten, debate if Interstellar really holds up, and I’d most certainly move up They Came Together a few spots. That film is hysterically funny. Oh, and I’d move Nymphomaniac (which I view as one five hour film) out of the bottom ten-it was most certainly better than The Fault in Our Stars, Unbroken, Still Alice, and Begin Again. The only films I can say for certain hold up are Selma, Boyhood, and especially Whiplash and Calvary. I also think that The Guest, The Lego Movie, and especially Guardians of the Galaxy are good choices for escapism, but that’s about it. Honestly, 2014 was a fairly artsy year, but lacked the substance needed to last.