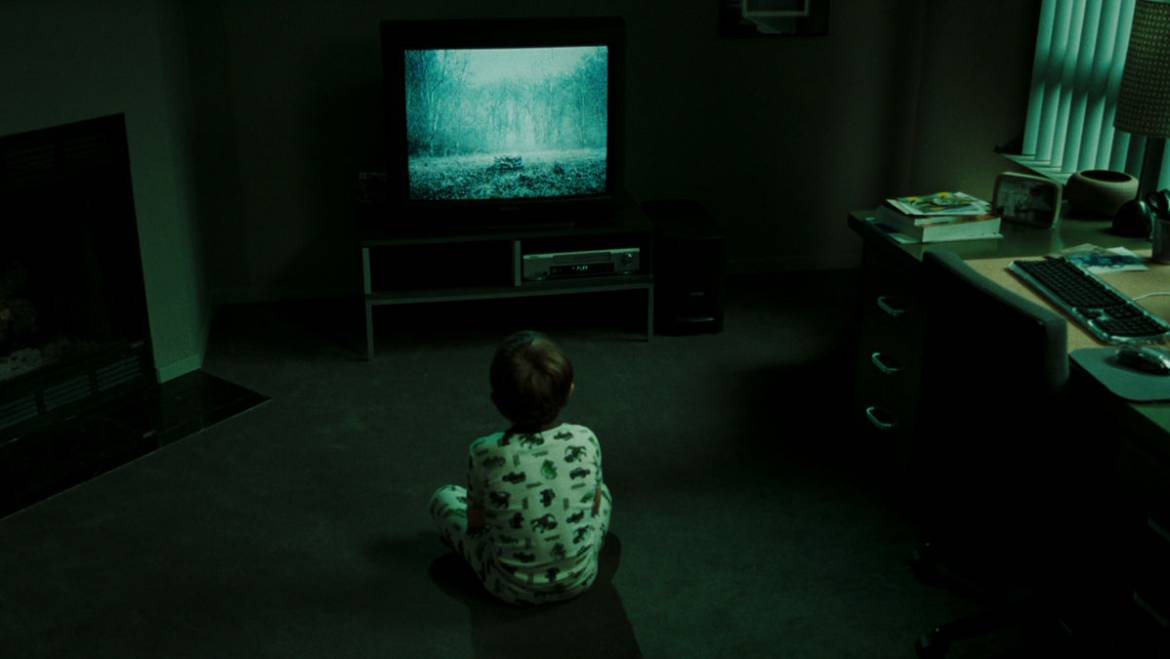 Happy Sacred Walloween, everyone! Something I’ve always wanted to do this time of year is write up a breakdown of my #31DaysOfHorror! A personal mini-marathon, every year I try to watch one horror film I’ve never seen before a day, to properly get into the mood of spooky season. I’ve never properly given a write-up each week the way I’d hoped, but I’m hoping to change things now, especially as I begin to look to reinstate the What I Watched, What You Watched segment.

Beyond my usual horror film marathon, I’ve also been enjoying a litany of Halloween classic shows and shorts, thanks to the likes of Hulu, HBO Max, and Disney Plus. I’ve started revisiting Twin Peaks, for which I’ve only watched the pilot to date. I’ve also utilized television to binge The Simpsons’ Treehouse of Horror specials, particularly “IV” (“Mmmm…forbidden donut…”), “V,” “VI,” and “XIII.” I’ve heard that Hulu’s Bite Sized Horror series is pretty entertaining, so I watched “Appendage” with Rachel Sennott. My conclusion is that it’s intriguing, but not for me. And then there’s a series of classic animated shorts all Halloween centered, like Disney’s “Trick or Treat” and “Lonesome Ghosts” (both delightfully entertaining) and Bugs Bunny’s “Bewitched Bunny,” which is just top notch animation. Oh, and because of the Saturday Night Live tie-in, I also viewed Sarah Squirm’s “The Sarah Vaccine.” It was…a lot, and Sarah is either a genius or a psychopath. But forget the shorts – I’m here to talk about movies. And so, without further ado, here are my first-viewings thus far in the month of October.

Day 1: Titane – I’ve already reviewed this one (which you can read here), so I’ll be brief. Titane is a whole-body experience. Julia Ducournau crafts a gorgeously shot extravaganza, where the plot (which is, in itself, equally weird and emotionally touching) barely matters. This is a film you feel, not see. You feelthe blade going into protagonist’s brain as they insert a titanium plate in her head. You feel the eroticism of the sexually charged car show, from the sweaty horny dudes to the gorgeous women and their vehicles. You feel the blades going into brains as Alexia murders everyone in her path. And you feel – wait, hang on: SPOILER ALERT – the ripping skin as Alexia slowly gives birth to the child she created after f*cking her Cadillac. Oh yeah, it’s that type of film. Definitely worth the watch.

Day 2: Venom: Let There Be Carnage – We love our himbo alien boyfriend, don’t we folks? Andy Serkis, Kelly Marcel, and Tom Hardy have teamed up to perfectly construct this alien pseudo-body horror superhero movie. The silliest (and therefore best) a superhero movie has been since Sam Raimi’s Spider-Man, Venom: Let There Be Carnage is self-aware enough to elevate the Carnage over the original film’s inconsistent tone, and yet still earnest enough that Hardy’s – and now Woody Harrelson’s – performance stands out in its goofy glory. With an emotional rom-com core, gorgeous iconography (a final battle in a cathedral is the most I’ve cared about a third act in a decade), and an equal amount of laughs and thrills, I cannot recommend Carnage enough.

Day 3: The Mummy – Well…I loved the first and third acts. For the first ten minutes, The Mummy is top-notch Pre-Code horror. The slowly opening eyes of the Mummy, the creepy handprints, and men being driven so insane they burst out in laughter. And the third act, involving a rush to save a kidnapped woman from being stabbed to death by the wrinkly old creature, is pretty thrilling. It’s just…everything that comes between is so uninteresting. The Mummy somehow transforms into a normal-looking dude for…reasons, played by a pretty solid Boris Karloff. Every other character is relatively uninteresting and poorly acted, with no thrills outside of weird creepy close-ups on Karloff’s face while he chants. It somehow felt too long at 70 minutes. If you watched only those ten-minute intervals, maybe I’d recommend it. Otherwise, just stick with Brendan Fraser’s horny machismo energy.

Day 4: Saló, Or The 120 Days of Sodom – Nope, not gonna do it. Not gonna talk about Saló. Look, it’s done, ok? I watched Pasolini’s discomforting snuff film from the 70s, the film so inappropriate and sexually and physically violent that he was actually murdered over it. I’ll admit it’s a gorgeous film to look at, and its themes about fascist collaboration are never not topical. But am I happy I saw it? Would I recommend it? Let me put it this way: I was so emotionally exhausted by the third act I started fading in and out during the torture/murders. When I finished, I wondered, “Should I rewind since I technically missed that last fifteen minutes?” And then I concluded, “I got the gist.” It’s an impressive film that I’ll never watch again.

Day 5: Manhunter – Now this one was an entirely pleasant surprise. Infamously the actual first Hannibal Lector (here spelled “Lecktor”) film ever produced – starring Brian “F*ck Off” Cox from Succession – I dug this one from beginning to end. As it turns out, that Michael Mann can really make a film. It’s properly sleazy, perfectly acted, with bright hues of blue and red to create a surreal hunt for a serial killer. William Petersen is a likeable lead, Dennis Farina is a terrific Jack Crawford, Stephen Lang is an on-point sleazy reporter, and Tom Noonan is an off-putting Tooth Fairy/Red Dragon. If you want a master class in making a psychological thriller, this is it. Highly recommended.

Day 6: Host – I went into Rob Savage’s Host with semi-high expectations, as it had recently been named the “scientifically most terrifying film ever made.” It was…not that. But it did have some thrills. Set during the pandemic via a Zoom séance, the material was there for some thrills. Shots of ghostly hanging legs and mysterious lights in the background work, the actors are all up to the task, and the dialogue actually sounds realistic enough to add to the humanity of it all. Plus, at 50 minutes, it is refreshingly short. Not sure it’s a whole-hearted endorsement, but it’s a recommendation nonetheless.

Day 7: The Fly – Oh man, now this is a monster movie up my alley. Not only does the film walk a thin line between self-aware and scary (the actors, especially Vincent Price, are very aware of the goofy-ass presence), but the scares actually work. The reveal of the fly creature is top notch, the CinemaScope looks impeccable (the blood is more brightly colored and frightening than most 60s and 70s horror classics), and the final scene, with the iconic “Help Me!” will send shivers down your spine. It’s probably my favorite of the 50s era monster movies – think The Blob – and cannot come more highly recommended on my part.

And that brings us up to date! I’ll be back next week with another breakdown of my #31DaysOfHorror first watches, which will include Species, Lamb, Halloween Kills, and more. And that’s not to mention my special horror movie reviews and Sacred Walloween listicles. It’s a special month, folks, so let’s remember to stay spooky together.