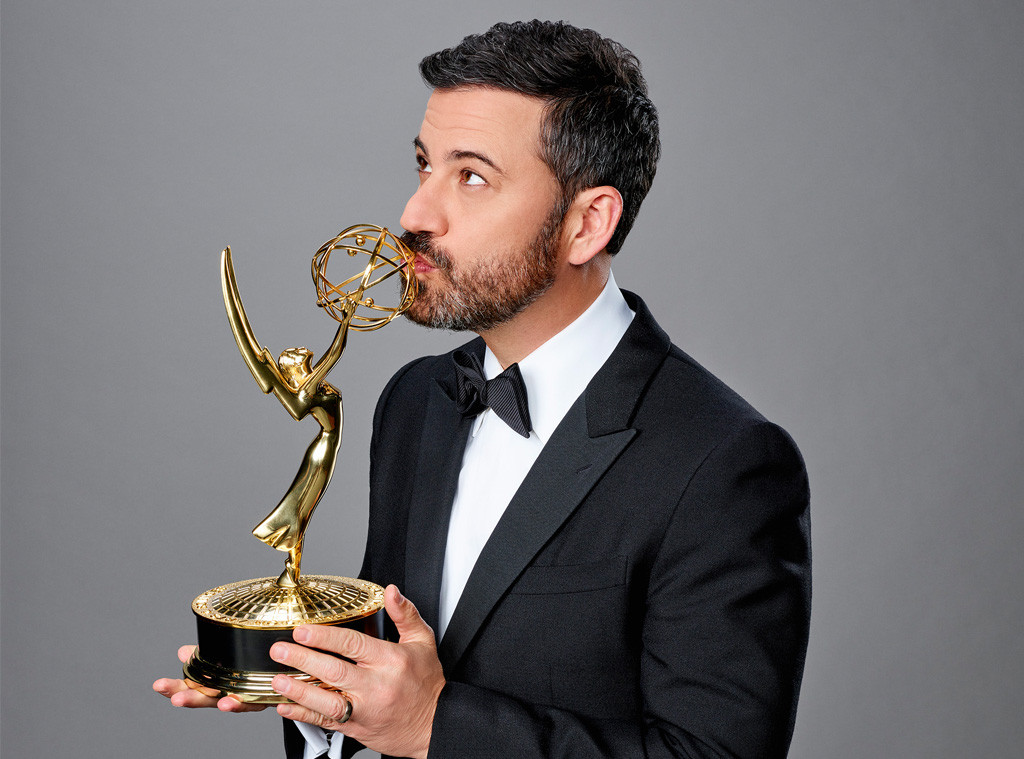 I was unfortunately sick yesterday morning, so I didn’t get a chance to post my big Emmy breakdown like I’d planned. However, I’m feeling much better now (I don’t want to go on the cart. I feel happy! I feel happy!), and I can now provide the coverage of who won big, who lost hard, and who pulled off the big upsets.

First, a little bit on Jimmy Kimmel as host. Personally, I loved the job he did. His opening montage was solid and funny (and provided absolutely hysterical material for Jeb Bush, of all people), before a humorous, biting opening monologue with some jokes about O.J. Simpson and Mark Burnett, and had several solid jokes throughout the show, including a bit about Maggie Smith and an appearance by “rival” Matt Damon. Kimmel is an excellent host, and I wish that he would host the Oscars, but alas, that would require giving up his after-show, and he (by which I mean ABC) would never do that.

As for the awards, the Programs played out as expected. If you read my predictions, you’d notice that I got 6/7 correct. Big wins for Veep, Game of Thrones, and especially The People v. OJ Simpson were to be expected, and The Voice and Last Week Tonight were favorites. The some may have been caught off guard by the win for Key and Peele, but after a middling reaction to season four of Inside Amy Schumer, while Key and Peele went out on a high note, it was easy to see coming. The biggest shock was Sherlock: The Abominable Bride winning the Emmy, especially for their oddest episode yet. Not that I’ll ever complain about a Sherlock win. It was nice to see, just caught everyone off guard.

The acting category provided multiple shocks throughout. For starters, none of the five Game of Thrones cast members won an Emmy. The three women were expected to lose, because three nominees tend to split the vote, and Maggie Smith was nominated for a beloved show’s final season at the age of 81. However, while the threat of a Dinklage/Harington split was always a real one, no one expected Ben Mendelsohn’s underrated turn on Bloodline to sneak in for the win. Especially Ben Mendelsohn, because he couldn’t show up to claim his award. Lead Actor and Actress in a comedy played out exactly as they were supposed to, with Jeffrey Tambor and Julia Louis-Dreyfus winning a second and fifth consecutive award, respectively. Louis-Dreyfus also gave the best speech of the night, dedicating the award to her recently deceased father, and apologizing for her show, which was “supposed to be a satire, but is now sadly a sobering docudrama.” Honestly, the biggest shocks of the night came with the Leads in Drama and the Supporting characters in Comedy. While Rami Malek’s bizarre work in Mr. Robot wasn’t an entirely shocking victory (the favorite was Spacey, but Malek was a close second), the winner of Lead Actress was none other than Tatiana Maslany for Orphan Black. Despite Viola Davis being the favorite, and Keri Russell and Robin Wright rounding out the heavyweights, the Emmys finally listened to the Internet and awarded Maslany’s incredible work as 25 (I think? I’ve only seen a couple episode) clones, to the expected joy of the fanbase. Meanwhile, the Supporting Categories got even crazier. Coming off a successful summer of movie roles, Kate McKinnon won her first Emmy for her work on Saturday Night Live. It was highly deserved-she has plenty of great characters, her impressions (especially Ellen Degeneres, Angela Merkel and Tilda Swinton) are spot on, and she gets plenty of great material as the best Hillary impression in the show’s history. However, as surprising as it was to see McKinnon take down favorite Allison Janney, nothing compared to underdog Louie Anderson winning for his breathtaking work on Baskets. His nomination itself was a surprise, so much so I almost predicted his win just based on that support network. However, it was a shock, nonetheless, but one that no one seems angry at. Anderson is a sweetheart, and his performance as a loving but sarcastic mother helps make television a happier place.

Writing and directing played out the way everyone (who pays attention) expected. Master of None won for Best Writing, Game of Thrones won both awards-well, “Battle of the Bastards” won both awards, let’s not mince words-and O.J. walked away with a writing award (although I wouldn’t have guessed “Marcia Marcia Marcia,” even if it is the best written episode of the series). Surprises were kept to a minimum, with Patton Oswalt winning for Best Writing of a Variety Special and seeming legitimately surprised, Jill Soloway winning for Best Direction of a Comedy, and Susanne Bier winning for Best Direction of a Limited Series. Of course, I have to acknowledge the “biggest surprise” of the night, Beyoncé losing to Grease: Live. Everyone seemed shocked and upset about this. These people did not know three things (that I had even pointed out, and known for months): one, Beyoncé lost all her Creative Emmy nominations, which wasn’t a good sign; two, the director of Grease: Live was Thomas Kail, fresh off of Hamilton, which played a HUGE role in the voting; three, Kail changed the game of what live television is, using brilliant quick cuts and sprawling stages to put on what transcends theater and television into the world of film, yet done live. Even if Lemonade was the better piece of art, what Kail did could not be overlooked, especially when the voters are a bunch of old guys who heard Hamilton was pretty good.

So what do these awards mean for television as a whole? Obviously, it shows us that HBO is still a powerhouse, what with their victory in both of the major categories. And we know that the BBC and Netflix both have their hand in the cookie jar when it comes to talent. However, if you ask me who the real winner is, it’s FX. Not only did The People V. OJ Simpson run away with every limited series award, it consistently beat itself to win. That’s right, FX also brought us Fargo, a highly underrated nominee that only lost because of in-house competition. Then you have surprise wins for Archer and Louie Anderson, proving that people are finally starting to enjoy their weird avant-garde programs. And then you have The Americans. Sure, it lost every category it was nominated in (except Guest Actress, but that was more because everyone loves Margo Martindale). However, it also got nominated in its fourth season. That’s normally when shows begin to suck. That means that the Emmys are calling a show one of the best at the point it should be sucking. I’m sure I’ll write more about how great FX is in the near future, but for now I’ll end by saying that it may be time to reevaluate the current standings for greatest channel on television.

That does it for Emmys coverage. Tune in next year for more news on the Emmys, and tune in in two months to learn how this show will influence the less-interesting branch of the Golden Globes and Screen Actors Guild Awards. You can see a full list of winners here, and if you were wondering, I went 14/27 on my predictions, earning me a score of: Ehhh, Better Luck Next Year, Loser.