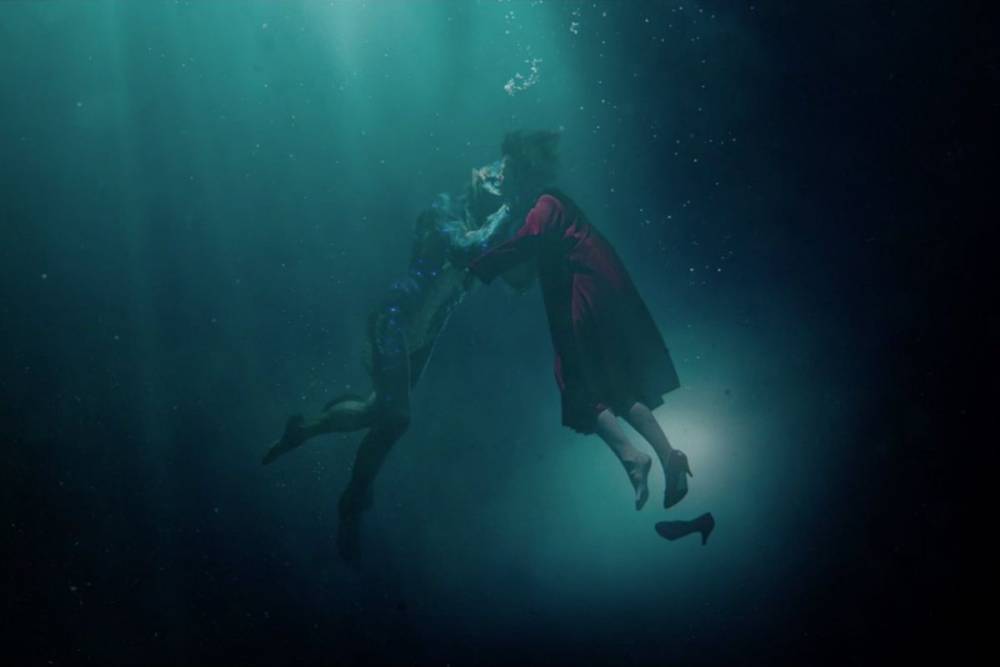 After month after grueling month of turning tides, twisting roads and multiple awards, we have finally seen the Academy Awards name The Shape of Water as the Best Picture of the Year. Guillermo del Toro’s touching fantasy fairy tale love story also won the awards for Best Director, Best Original Score, and Best Production Design. While it was considered by many to be a frontrunner, this was a massive shakeup in terms of what we know about the preferential ballot and the SAG Ensemble Award, and its win toppled dozens of stats.

While I may have gone 15/24 (a slightly above average in Oscar prediction circles), that’s mainly because I chose to take a few risks. Even the undeserving Dear Basketball was the predicted favorite (although it did allow Oscar winner Kobé Bryant to get in the best placed and best delivered dig of the night). Overall, this was a fairly predictable year for the Oscars (outside of the top prize, of course), with the four acting categories going to Gary Oldman, Frances McDormand, Sam Rockwell, and Allison Janney. Best Adapted Screenplay went to Call Me By Your Name, giving the 89-year-old legend James Ivory his first Oscar. Meanwhile, Get Out managed to squeeze out the win for Best Original Screenplay in the most deserved award of the night, and writer/director Jordan Peele seemed truly humbled by his victory. Indeed, of the few shocks that did exist, three of them were fast-rising second place contenders, like Blade Runner 2049 for Best Visual Effects, “Remember Me” from Coco for Best Original Song, and A Fantastic Woman for Best Foreign Language Film, while the other three were on the radar but fairly unexpected, like Icarus for Best Documentary, Heaven Is A Traffic Jam On The 405 for Best Documentary Short (which I almost predicted), and The Silent Child for Best Live Action Short. Of the other nominees, Dunkirk won three awards – both Sound Awards and Film Editing – while Darkest Hour took home Best Makeup. Phantom Thread rightly won Best Costume Design, while Coco took home Best Animated Feature. And perhaps most exciting of all, Roger Deakins finally won for his fourteenth nomination as Best Cinematographer for his work on Blade Runner. I won’t lie to you and claim I didn’t shed a tear when the greatest cinematographer alive finally got his due.

As for the show itself, it wasn’t the most entertaining show in the world, but it wasn’t bad, either. I think they were trying to play things quiet for the 90th anniversary, especially after last year’s debacle. Jimmy Kimmel took much more of a backseat this year than he did in the past, and it sort of worked – he delivered a decent opening monologue, had a fun bit where he took some celebrities to a neighboring theater to surprise movie fans (and where Armie Hammer handled a hot dog gun, which I loved), and had a great bit where he timed the nominees and gave the shortest speech a jet ski (the prize went to Mark Bridges, the Phantom Thread costume designer). Oh, and there was a great bit involving LaKeith Stanfield screaming “Get Out!” at nominees who took to long (I wish they had actually utilized him once or twice, however). As for the musical performances were fairly mixed – the best, unsurprisingly, was Sufjan Stevens performing “Mystery of Love” with St. Vincent, Moses Sumney, and Chris Thile. Keala Settle was also stunning as she belted “This Is Me.” And “Stand Up for Something” was well-sung, but while his messages were strong and fairly important, it’s disappointing to know that Common can’t freestyle to save his life. He sounds like the teenager in a movie where a white lady teaches inner-city kids that hip-hop is like Shakespeare, which is a shame because when he tries, he is actually a damn good lyricist.

Much more significant were the presenters – Jodie Foster had a killer joke about her crutches when describing how Meryl Streep “I, Tonya-ed” her, and one of the most important moments of the night came when Harvey W*instein victims Ashley Judd, Anabella Sciorra, and Salma Hayek took the stage to claim back the limelight stolen from them for twenty years (Sciorra seemed legitimately shaken from the experience). However, if you’re looking for entertainment, look no further than Tiffany Haddish and Maya Rudolph, who were funny, charming, and seemed to genuinely have each other’s interest. Their bits worked like a charm, and if the entire thing turns out to be an audition tape for Paul Thomas Anderson’s alleged buddy comedy with the two, then sign me up for the film immediately. And the speeches were all fairly to the point, mainly because most recipients were brief in the hopes of winning a jet ski. Guillermo del Toro’s speech was easily the best, as he drove straight to the point, addressed the importance of the victory of the Three Amigos (his compatriots and best friends Alejandro Iñárritu and Alfonso Cuarón won in 2013, 2014, and 2015) and expressed his genuine, genial appreciation for their award. However, I don’t want to undercut Frances McDormand’s speech, which was exactly the manic joy we’ve come to expect from her, praising her family before calling for the women in the crowd nominated (many of whom were first or rare nominees, like Rachel Morrison and Greta Gerwig) to stand up and receive the credit they deserve. It was a triumphant moment. Other great speeches came from Sam Rockwell, who seemed truly excited to be there and thanked his parents, Leslie Bibb, and the late Phillip Seymour Hoffman, Allison Janney, who gave the kind of joyous speech we’ve come to expect from America’s favorite actress, and Roger Deakins, who seemed enthusiastic to finally be on that stage. Oh, and I can’t forget to mention James Ivory’s touching speech after winning Best Adapted Screenplay, as well as Jordan Peele’s shocked, beautiful speech after winning Best Original Screenplay. It was a good night for speeches all around.

And that wraps up the legendary, unforgettable 2017 Oscar race! I hope you enjoyed this behemoth of a journey, and I hope you’re ready for next year. I’ll be taking a week or two off from Oscar predictions, in order to give us both a rest, but get ready: Oscars 2018 begins soon (Black Panther for Best Picture?). See you all then, hope you had as much fun as I did, and thanks for joining me for this year’s Oscar race!

Best Picture: The Shape of Water