Continuing my Oscar predictions has been a terrific way of mentally reminding myself of the Old World, and I’m hoping reading these updates is doing the same for you as well. Now that we’ve tackled our biggest category, it’s time to turn our attention to the next biggest race, Best Director. Best Director and Best Picture are something of a couple – it’s rare for a film to win one without at least being nominated for the other. And if the film is a major smash, it’ll end up winning both – like last year’s Parasite. If you want to predict Best Picture, you’re gonna want to do well predicting here as well. So without further ado, let’s jump straight into my predictions for the 93rd Academy Awards!

In case you don’t remember, I tend to break down my Best Director nominations into archetypes. These help me trace the previous years’ nominees for potential patterns, as well as help you all understand my thought process going forward. For example, do you know the most exciting type of Oscar winner for potential voters? The Never-Won. A Never-Won is an industry darling or legend who, despite a repertoire of films considered all-time greats, stronger competition and Academy politics prevented said director from winning in a given year – or worse yet, not even being nominated. It’s the sort of edge that helped Martin Scorsese for The Departed, or Kathryn Bigelow on The Hurt Locker, or Guillermo del Toro for The Shape of Water. Lots of former nominees and legends are competing in next year’s Oscar race. Sofia Coppola has been making waves with her family comedy On The Rocks. Spotlight director is helming another searing drama in Stillwater. Previous nominee Paul Greengrass is crafting a massive Western titled News of the World. And the legendary Paul Schrader, who only received his first Oscar nomination two years ago as a writer, is looking to reenter the race with The Card Counter. 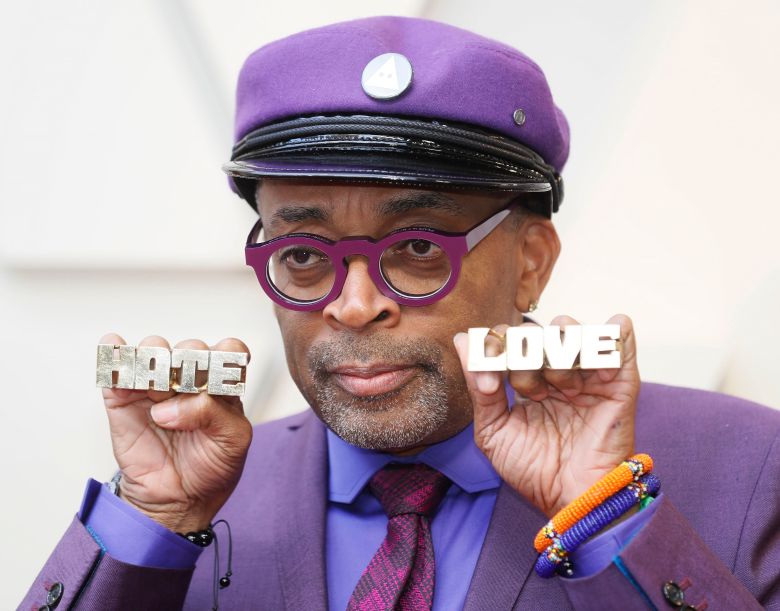 But let’s face it, if the Academy’s looking to make a bold choice that both loves the art of filmmaking and took a big swing in 2019, then this year’s frontrunner may be Spike Lee. While Lee previously won an Oscar in 2017 for BlacKkKlansman, the award was actually for Best Adapted Screenplay – he still hasn’t won a Best Director Oscar. Hell, Klansman was only his first Best Directing nomination, despite a career of legendary filmmaking. In Da 5 Bloods, Lee has taken the sort of swing the Academy loves to reward: a big, shiny epic filled with resonant commentary, rich storytelling themes, and visceral performances from the lead actors. The best way to earn an Oscar nomination for directing is to blend the craft of filmmaking (sound, cinematography, editing, etc.) with unparalleled performances (demonstrating a gift for coaching and vision), and Da 5 Bloods has both in spades. Look for Lee to lead the pack at next year’s awards ceremony. 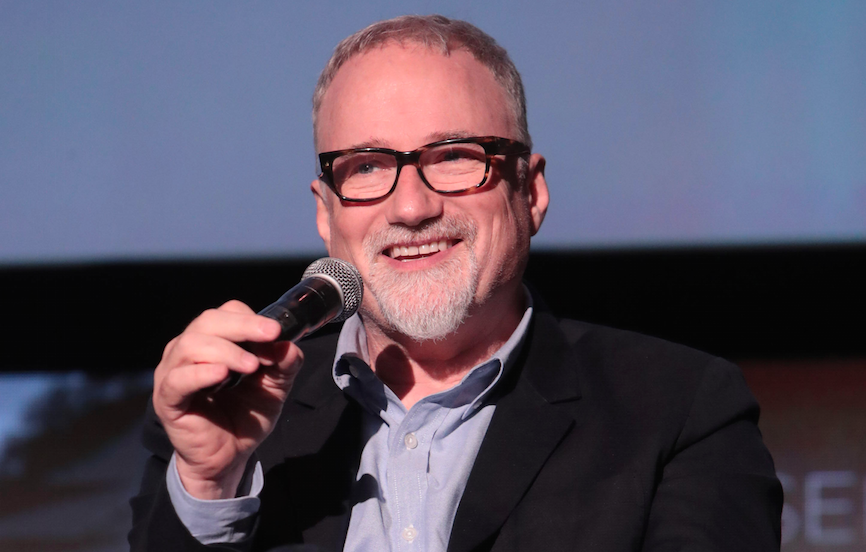 Up next, we have the Auteur. Every year has that one director that has a specific style that they execute perfectly every single outing, like Bong Joon Ho for Parasite, or Damien Chazelle for La La Land. This year, we have a few idiosyncratic pseudo-geniuses that could make the cut, like Antonio Campos for The Devil All The Time, Charlie Kaufman for I’m Thinking of Ending Things (yeah right, maybe in my dreams), or Miranda July for Kajillionaire. But if anyone’s going to fill that “auteur” slot – and perhaps battle for the win – it’s David Fincher for Mank. Fincher delivers a challenging, intricately precise film every single time he’s up to bat, whether it’s something Oscar-friendly like The Social Network and The Curious Case of Benjamin Button or a challenging masterpiece of deep, dark texture like Gone Girl and Zodiac. With Mank, Fincher looks to capture the creative process (a la Birdman) in the story of the greatest film ever made: Citizen Kane. Not only has Fincher supposedly coaxed some career-best works out of some big-name stars, and not only has he crafted a thematic story about creating art in an amoral world of decadence and inequality, but he’s done so by pushing the boundaries of cinematic trickery. He’s utilized digital and visual effects to make every detail of this film “period-authentic,” including celluloid crackles, scratches on the frame, and appropriately massive scope. This is the type of film directors love to award, and Fincher is likely a lock for a Best Director nomination. 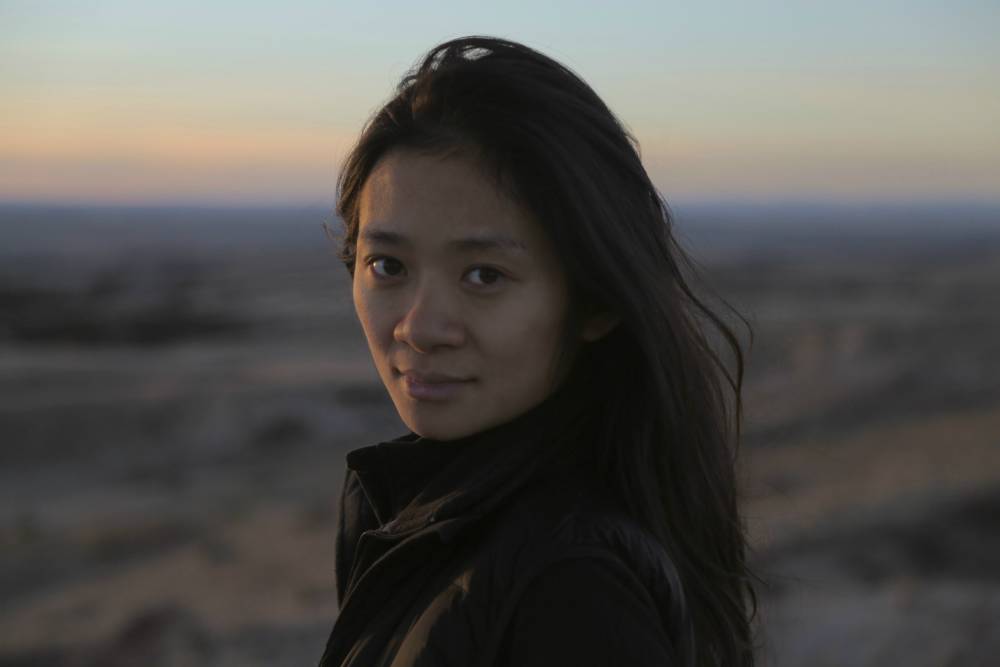 Equally likely is the so-called “Critical Darling.” While the Academy tends to ignore critics on the whole (see: Joker and Bohemian Rhapsody), a well-organized campaign behind a film the Academy will already like can catapult someone right into the heart of contention – think Alfonso Cuarón for Roma, or Barry Jenkins for Moonlight. This year has seen a litany of directors receive acclaim from critics for their storytelling acumen, like Lee Isaac Chung for Minari, Francis Lee for Ammonite, Clea DuVall for Happiest Season, and likely Sam Levinson for Malcolm and Marie. But if there’s any one director that has the critics’ support, it’s Chloé Zhao for Nomadland. Let’s put aside for a second that Zhao is a woman, and would easily offset recent complaints about inclusion and sexism within the Academy. Regardless of gender, Zhao would be a frontrunner in this category. Nomadland is not only an intricately directed ensemble piece (featuring almost entirely non-actors), but every frame is a near-masterpiece. Zhao knows how to use the camera to tell the story, with the scope of directors like John Ford and David Lean. There is a relatively worthy question to be asked about if the film will successfully resonate with a bunch of older, rich Boomers. In fact, that question is the only reason I hesitate to call Zhao an out-and-out frontrunner. But regardless of where you place her in your Top 5, make no mistake: she will hear her name called in March of 2021. 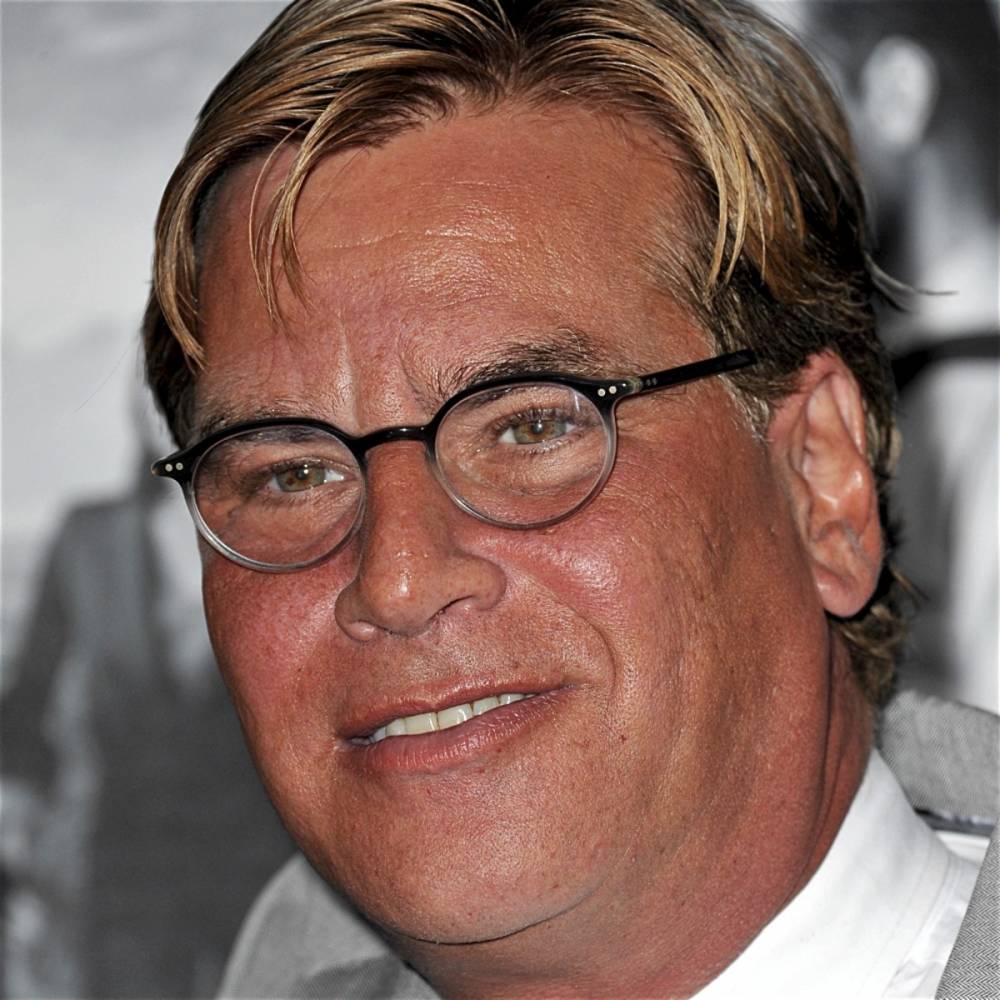 Perhaps even more important to the Academy than critical support is the ability to pull off a Spectacle. With Peak TV and streaming on the rise, the Academy always looks for a great film to come along and remind audiences exactly why movies are so special. It doesn’t necessarily have to be a blockbuster – it just has to accomplish something you can’t really do on TV. Think George Miller’s Mad Max: Fury Road, or Denis Villeneuve’s Arrival, or Todd Phillips’ Joker. This year, there are a lot of different directors attempting their version of the “Spectacle.” Ron Howard has Hillbilly Elegy (for now), Kelly Reichardt has First Cow, George Clooney has the sci-fi epic The Midnight Sky, and the Russo Brothers look to break the Marvel mold with Cherry. For a long period of time, I had Christopher Nolan at #3 on this list – if Tenet had successfully saved theaters, this could be a different conversation. But Tenet not only failed in its overall goal (it underperformed at the box office), it failed to impress most cinemagoers, who found it technically impressive, but ultimately confusing. No, the Spectacle Director most likely to receive a nomination is Aaron Sorkin of The Trial of the Chicago Seven. Chicago 7 is the type of film Academy voters love, but don’t see anymore: a starry, showy drama about good vs. evil. It’s not complicated, it’s not quaint, it’s just a big blockbuster designed to entertain and inform. And when you combine the great script, the great performances, and the above-average direction, it’s enough to make the writing branch’s darling a directorial contender as well. 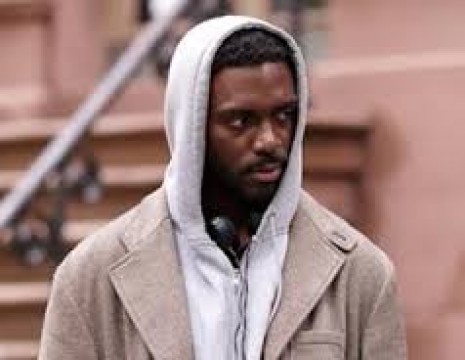 And finally, we have The Electrifier. For whatever reason, 2020 has been the year where great theatre, theatrically-based, or historical productions took center stage. Think Paul Thomas Anderson for Phantom Thread, Steven Spielberg for Lincoln, Tom Hooper for The King’s Speech, or Ron Howard for Frost/Nixon. Similar contenders include George C. Wolfe for Ma Rainey’s Black Bottom, Eugene Ashe for Sylvie’s Love, and even Ryan Murphy for The Prom. I toyed for a period of time with including Regina King for One Night in Miami… since we already know the Academy loves her, but assuming it gets released in time, I think the most likely nominee is first-timer Shaka King for Judas and the Black. At this time, it is unclear if Judas and the Black Messiah will be released in 2020. It could come out at the last second, it could be pushed to the 2021 ceremony. But operating under the assumption it will compete at the 93rd ceremony this April, I can’t think of another film as likely as Judas. Not only is the story about police brutality, corrupt government programs, and the Civil Rights movement as a whole (making it impeccably timely), but it’s the perfect story for a capable director to lead to Oscar glory. It’s a tragedy about a powerful leader who is sold out by his close friend to be executed and marked a “criminal” by the government, thus blending historical and Biblical themes into one grand epic of Americana. Throw in some powerful performances and a strong script, and you have a breakthrough directorial production that may be unmatched by any of this year’s contenders. You know, as long as it comes out in time…

So that’s where we are with this year’s Oscar race. Obviously with the pandemic still in full swing, this can all change in an instant. My original draft for this list included Jon Chu for In THe Heights at #2, Wes Anderson at #3 for The French Dispatch, and Taika Waititi at #5 for Next Goal Wins (which could very well still come out this year. Ridley Scott, Guillermo del Toro, and Spielberg were all in the Top Ten, and we still had potential contenders in Leos Carax, Adrian Lyne, Denis Villeneuve, Taylor Sheridan, and Andrew Dominik. Hell, some of those names, along with Waititi and The Eyes of Tammy Faye’s Michael Showalter, could all pop back up and win it all at the last second. And that’s not to mention other names like Ben Wheatley for Rebecca, Aaron Schneider for Greyhound, Alan Yang for Tigertail, or Rod Lurie for The Outpost. At the end of the day, who’s to say? Last year I only had one of the five nominees predicted – although I successfully shortlisted three others (no one could have seen Todd Phillips coming). But if you’d like to see where the race looks at as of today, you can see the full list of contenders right here, as well as my full list of Oscar predictions here. As always, my Top Five is listed for you down below. I’ll see you all with my acting predictions very soon!