There is a common misconception amongst awards prognosticators that The Music Categories are the hardest awards to predict in advance. After all, you can guess what movies are coming out, and which ones will appeal to voters, with a certain degree of accuracy. You can’t guess what an Original Score will sound like, or what Original Songs will even exist. Yet here’s a secret not many people know: the Music categories are, 9 times out of 10, the easiest to predict. And I’ll explain exactly why as we turn our attention to the Best Original Score and Best Original Song categories at the 95th Academy Awards

Best Original Score is a relatively straightforward category to predict. It all comes down to a Venn Diagram. One circle is Big Composers, another is Big Stories, and yet another is Best Picture contenders. Look in the overlaps of those circles, and you’ll find your frontrunners.

Smack dab in the middle of all three circles is the likeliest of not only a nomination, but to win. No other category features this much of a sure thing. I’m talking, of course, about John Williams. Let’s look at the facts, shall we? John Williams, one of the most nominated men in the history of the Academy, who has written the most iconic scores of all time, is reteaming with his oldest collaborator, Steven Spielberg. He will be providing the score of Spielberg’s childhood – a haunting melody of loss and innocence. Oh, and it will be one of the last, if not the last, John Williams score before retirement. Yeah, he’s winning.

Moving down the list, it’s nice to find a previous winner on the rise, as opposed to a living legend. Hildur Guðnadóttir broke out in 2019 by winning three of the four EGOT trophies for her work on Chernobyl and Joker. This year, she has two major scores: Sarah Polley’s big contender Women Talking, and the Film About Music TÁR. Guðnadóttir is talented enough that she could follow in the footsteps of Reznor and Ross and John Williams to earn two nominations in the same year. But I’m going to play things safe and stick with the biggest Oscar contender: Women Talking.

After finding the artists most likely of a nomination, one must turn to the films most likely at a nomination: Big Epics with Big Scores. There are certainly plenty to choose from – Avatar: The Way of Water, The Woman King, Three Thousand Years of Longing, The Northman, or the sequel to previous winner Black Panther: Wakanda Forever. But I’m going with two films that not only have the pedigree – they have the name recognition to boot. I’m talking, of course, about Babylon and Empire of Light.

With Babylon, Damien Chazelle reteams with previous winner Justin Hurwitz to score a grand epic about the fall of Old Hollywood. It’s grandiose and funny and tragic and beyond – the perfect score for Hurwitz to do his magic and earn another nomination. As for Empire of Light, a film I’m currently betting big on, Sam Mendes’ story about love and loss and movie magic already has an epic feel to it. But when you throw in two-time winners Trent Reznor and Atticus Ross, you have a real contender on your hands. I feel safe predicting both of these films – look for their names in the music categories come Nomination Morning.

And finally, if one wants to be safe in predicting the Music Categories, one must go out of their way to include a fun outsider to join the stiff dramas. Original Score usually matches with Best Picture 3-4 out of 5 times – usually favoring a big blockbuster like Star Wars, Passengers, or a Christopher Nolan film.

The final score in this year’s race could be any number of contenders. There’s more straightforward dramas, like the overdue Nicholas Britell on She Said or Hans Zimmer on The Son. It could be something fun, like the iconic score to The Batman. Or it could be something in between, like Danny Elfman’s White Noise. But if anyone feels like a lock, it’s Alexandre Desplat’s work on Guillermo del Toro’s Pinocchio, which will have Netflix backing, dark undertones, and a likely wonderfully bizarre score. Expect Pinocchio to play big with the Academy, especially with the music branch. 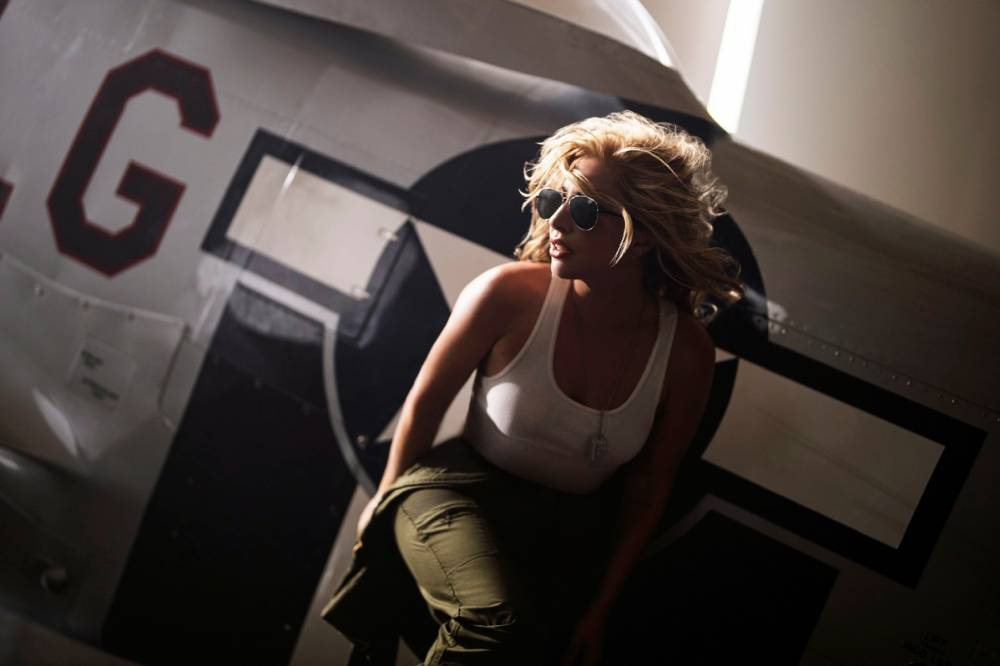 As for Best Original Song, things are a bit trickier. You can usually predict the films with relative ease. You just won’t know the names of the songs until the films are released. Thankfully, our frontrunner this year shouldn’t make things too difficult: previous winner Lady Gaga has written a killer theme song for Top Gun: Maverick, the highest-grossing film of the year. “Hold My Hand” is grandiose and uplifting and hummable – all traits needed for a Best Original Song contender. Consider this the only lock of the season.

After addressing the Frontrunner, one has to look to the past to predict the future. Specifically, one wants to look at blockbusters, particularly ones with Oscar pedigree. Think Toy Story 4, or Black Panther, or The Greatest Showman, or any number of James Bond films. Perhaps the most synonymous name with this phenomenon is James Cameron: his films always have a big showstopper, the most famous being “My Heart Will Go On” from Titanic. While Avatar missed the nomination in 2009, there’s a chance to make up for that in Avatar: The Way of Water, should he continue his own trend.

What other blockbusters have a chance here? Well, while Indian films rarely find success with the Academy, one shouldn’t rule out RRR’s incredible “Naatu Naatu.” Wakanda Forever will likely have a contender in the mix. And Jennifer Lopez could recover from her Oscar snub if Marry Me manages a nomination. But I’m predicting two different big celebrities releasing songs in major hits. The first is Doja Cat, who wrote “Vegas” for the Oscar contender Elvis. Its eligibility is debatable – much of the song utilizes Mama Thornton’s original “Hound Dog.” But if she’s eligible, expect her to be in the hunt.

Equally likely is Where The Crawdads Sing, which, while not very good, is a huge hit. When it comes to original songs, quality is not a dealbreaker. After all, Fifty Shades of Grey has an Oscar nomination here. So one cannot rule out a nomination for “Carolina,” a catchy theme song written by Taylor Swift. And in case one hadn’t noticed, Swift really wants an Oscar. She’s campaigned hard for The Hunger Games, and her own documentary, and even Cats. She’s even trying to get her own All Too Well nominated for Best Live Action Short. I doubt she’ll get in there, but this may be a way to bring in viewers and nominate a catchy song too.

Which brings us to what should be the most obvious slot: musicals. While there are a few musical contenders out this year – Applause, featuring songs by Diane Warren, or Pasek and Paul’s “Top of the World” from Lyle, Lyle Crocodile, or one of the songs from the upcoming Apple animated feature Spellbound, let’s not kid ourselves: moreso than even Animated Feature, this is Disney’s category. They always throw a big hit song in their features and, unless they bet on the wrong horse (Hi, “We Don’t Talk About Bruno”), it will get nominated and win. This year, their two main features our Strange World, which may or may not be a musical, and Turning Red, which features Billie Eilish-written boy band songs.

But there’s a catch here most fans will likely overlook. Disney owns Fox. And Fox just had a big splashy animated musical earlier this year, which, while not a huge hit, is finding a following on streaming. I’m talking, of course, about The Bob’s Burgers Movie, which opens on the instantly infectious, joyously performed “Sunny Side Up Summer.” The Academy may not go for it. But they’d be crazy if they didn’t – it’s simply that good.