‘A Beautiful Day In The Neighborhood’ Trailer

HomeNews‘A Beautiful Day In The... 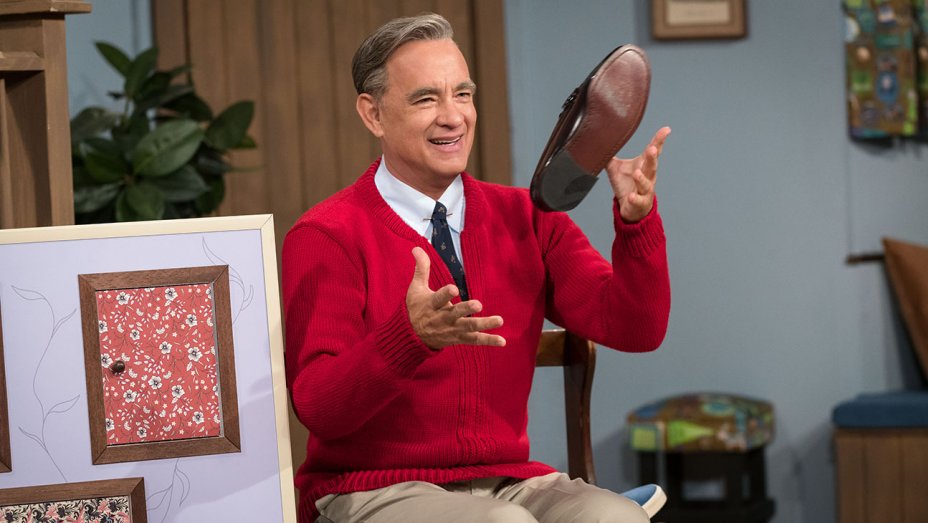 As fads come and go in our everyday lives, there are pretty much only three constants in the world of children’s entertainment: Mickey Mouse, Sesame Street, and Mister Rogers’ Neighborhood. While there was a cynical period in the seventies where some individuals turned their backs on the teachings of Fred Rogers, people have once again come back to his teachings surrounding moral decency, inclusivity, and getting in touch with the feelings we are so often told to ignore. He was America’s pastor, therapist, and friend, and in times like this when everyone is worried and fearful of everyone else, Rogers’ teachings have become more popular than ever. Last year they inspired the fantastic documentary Won’t You Be My Neighbor? And this November, they will be coming to the big screen with the help of Tom Hanks in the iconic role.

Lloyd Vogel (Matthew Rhys) is an award winning journalist who has become embittered in recent days of his life. When he is given the assignment of writing an Esquire profile on the aging childhood icon Fred Rogers (Tom Hanks), he reluctantly accepts. The way he figures it, the best-case scenario for the piece is that he discovers Fred Rogers is secretly a monster, the worst is it’s a boring piece about a weird old man. And so begins an interview process that will change Vogel’s life, proving to him that goodness can exist, and the way one man’s life can affect so many others.

So, my initial thoughts…I’m only lukewarm on this trailer. Not only does it seem to be pretty basic in terms of journalistic biopics, but I cannot get over the fact that Hanks just doesn’t look or sound like Fred Rogers. Yes, yes, I know that no one else is worthy of playing such an iconic, goodhearted role (Hanks is our new Jimmy Stewart, in that it is impossible to buy him as anything worse than a flawed hero), but still. However, it is impossible to deny the sheer talent on display in this film, and not just from actors like Hanks, Rhys, Chris Cooper, Susan Kelechi Watson, Maryann Plunkett, and Tammy Blanchard. I mean behind the camera as well – Noah Harpster and Micah Fitzerman-Blue wrote for terrific series like One Mississippi and Transparent, while Marielle Heller has made two of the best films of the decade on her first two outings. That’s a pretty impressive statistic. And I’d be lying if I said I didn’t get emotional during the scene where the subway car full of passengers recognize Mister Rogers and sing “A Beautiful day In The Neighborhood” to him. I’m going to assume this will be an enjoyable enough film that just had a milquetoast trailer. We’ll know for sure on November 22nd, and until then, you can watch the trailer below.