A Live-Action ‘Avatar: The Last Airbender’ Is Coming To Netflix, Life Is Good 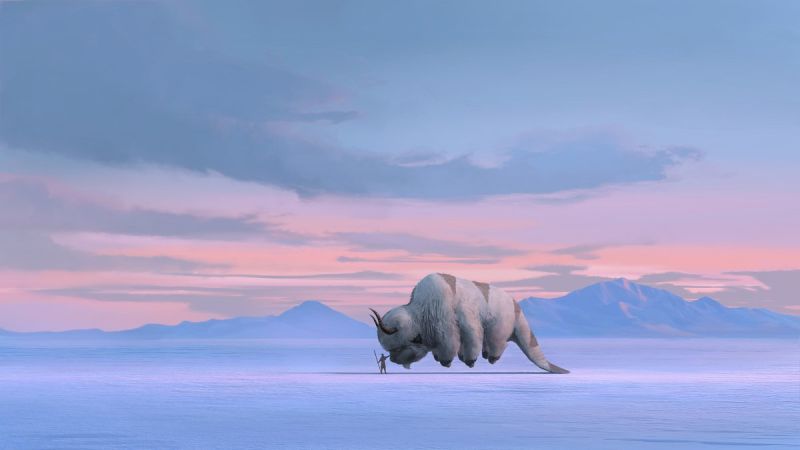 One of the greatest shows of the 21st century surprisingly came from the children’s network Nickelodeon. I’m talking, of course, about Avatar: The Last Airbender. A mature, fantastical extravaganza, Avatar pushed the limits of what children’s television could and should be, creating a vast universe filled with complex, intelligent characters and themes drawing from Star Wars, Asian literature and cinema, and religious texts. And there was even a funny monkey! It was one of my favorite shows as a child, and I’m still quite fond of it to this day – despite the film version serving as one of the worst movies I’ve ever seen. This is why the newest news coming out of Netflix serves as such a delightful shock.

In a stunning turn of events, Netflix has announced that they will produce and release a live-action adaptation of the acclaimed show. Not only that, the original creators, Michael DiMartino and Bryan Konietzko will serve as showrunners. While I normally wouldn’t be excited about a remake of something so perfect, the thought of what these artists can do (especially after sequel series Legend of Korra) with live action is a truly exhilarating concept. What’s more, I adore the fact that the creators want to stick to the show’s roots (and right the wrongs of the movie) by casting Asian actors. This is a boon for fans of great television, for creators who deserve a big break, and especially for Netflix – the series’ Blu-Ray release earlier this year has brought in $5 million and counting.

Assuming the show will follow the original’s roots, Avatar: The Last Airbender follows the story of a world centered on the four elements: Water, Earth, Fire, and Air. Each nation follows a specific element, and special individuals can even control, or “bend” those elements. One individual, known as the Avatar, serves as a spiritual leader for the world, in order to keep balance over all living things. However, the Avatar hasn’t been seen for a hundred years, and in that time, the militaristic Fire Nation has declared war on the other nations. The Avatar returns in the form of a twelve-year-old boy named Aang, the sole survivor of the Airbender genocide. Along with his two closest friends, the Waterbender Katara and her brother Sokka, the three must travel the world to find teachers for Aang, in order to help him learn his bending abilities, stop the Fire Nation, and grow into a hero the world needs.