A Venice And Telluride Update: What’s Big, What Tanked, And What Will Win Best Picture?

Welcome to the Oscar race! That’s right: this past weekend, the Venice and Telluride film festivals kicked off, and considering the duo has crowned the eventual Best Picture for the past ten years, this seems like our best bet to follow along from home and determine what films may end up being the best of 2018. I don’t see much sense in providing too much of a build-up, so why don’t we jump straight into the breakdown, shall we?

While this isn’t always the case, this year we have the rare opportunity to note that the three best films of Venice were also the three best films of Telluride. Perhaps the biggest sensation was Roma, the new film by Alfonso Cuarón being released by Netflix. Apparently, Cuarón has crafted a Fellini/Ozu inspired period piece about his own upbringing, following his childhood nanny and his own family in Mexico as the country undergoes a radical shift as student protesters begin clashing with a militant police force. The film is supposed to be massively overpowering, and I’ve heard many people go as far as to call it not only Cuarón’s best film, but one of the best of the decade. It’ll be interesting to see how things shape out for the film in the Oscar race, as the Academy is notoriously anti-Netflix. However, Netflix has changed their own policy and hired professional publicists specifically to get this film an Oscar, so we shall see how the race plays out. Meanwhile, also massively popular was Yorgos Lanthimos’ The Favourite, a combination of Stanley Kubrick and Peter Greenaway, and yet with a solely Lanthimosian sense of misanthropic glee. The film is a smash across the board, having received three ovations during its screening. And considering the film’s ability to combine political satire, period drama, and ridiculous bacchanal, I wouldn’t be surprised to see this one nominated across the board. The only question is how do the three lead females, Emma Stone, Rachel Weisz, and especially Olivia Colman, plan to submit themselves? All lead? All supporting? Emma lead? Olivia lead? It could really go any which way. And then there’s the biggest surprise of the festival, First Man. I don’t mean to say it is a surprise that the film is this intimate, groundbreaking, and phenomenal. I mean that it is a surprise that Damien Chazelle managed to take a fairly routine biopic and turn it into a true sensation. It is entirely possible that this becomes the film to beat in the Oscar race, thanks to its groundbreaking design and stellar acting from Ryan Gosling and Claire Foy – and who knows, maybe Chazelle will finally earn that elusive Best Picture award he was incorrectly handed and then had snatched away. Oh, and in case you’ve read anything in the news about a certain controversy surrounding the film, allow me to clarify a few things: Business Insider did not have a critic at Venice or Telluride. There is an American flag in the movie, the final shot actually dramatically shows the flag on the moon. The only thing that isn’t portrayed is the actual planting, and that’s because the film chooses to portray it in a slightly different fashion. So perhaps you should actually see the film for yourself before believing a bunch of blowhards trying to make a name for themselves.

Bradley Cooper and Lady Gaga, A Star Is Born

However, while these were by far the biggest hits of the festivals, they were nowhere near the only hits. Each festival had a handful of films that received equal acclaim that won over critics and audiences alike, and will likely be big with audiences this fall. The first, as if there was any doubt, was A Star Is Born’s premiere at Venice. From what I’ve been hearing, everyone agrees that the film itself is very, very good – if not great – but there are two trains of thought on it: the first are those who think that Lady Gaga is phenomenal and director/star Bradley Cooper is very good. The second is that Bradley Cooper is phenomenal and Lady Gaga is very good. I’m not sure which camp is right (I won’t see it for myself for another few weeks now), but I do know that I can now safely predict nominations across the board, a possible-and-rare quadruple nod for Cooper, and the possibility that Cooper could even win for Best Actor. Meanwhile, the biggest crowd-pleaser out of Telluride, far and away, is Can You Ever Forgive Me? Pundits had heard about Melissa McCarthy’s attempt to prove herself a dramatic actress for quite some time, and while it was certainly expected that she would be the star of the show, what audiences didn’t expect was that the entire film would end up being a blockbuster. It’s supposedly charming, funny, and smart, with a bit of that Quiz Show/Catch Me If You Can edge that brings things to a new level. It is unknown at the moment if the film is going to end up being the next Lady Bird or the next Battle of the Sexes, but one thing is for sure: this is a film to watch out for. And then there’s The Front Runner, the Gary Hart story. It’s been a long time since Jason Reitman reminded us why he was a director to watch for so many years. And in The Front Runner, a film that touches on the issues of the moment – the devolution of the media, men in power taking advantage of their position, the end of politics being about politics, etc. – he changes his style dramatically, instead utilizing a loose, Altman-esque feeling to capture a bygone era. The film didn’t position itself as the Oscar, erm, front runner the way it wanted to, but it certainly put itself on the map for Picture, Screenplay, Supporting Actress Vera Farmiga, and especially for Lead Actor Hugh Jackman, who is on a role after leading the best superhero film and the best musical of 2017. Personally, I’m excited for it. 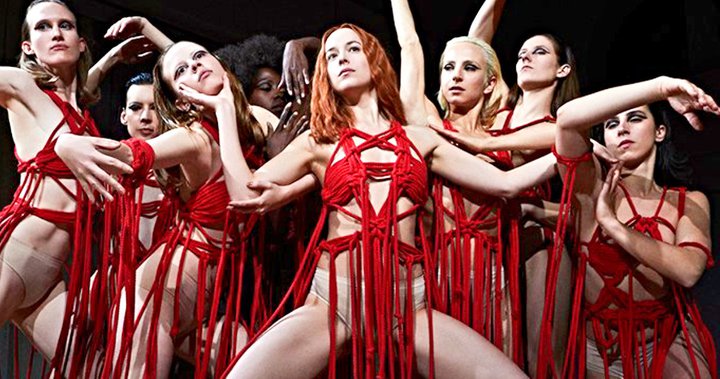 And while not every film took off the way it wanted to, there were still a handful of films that received acclaim at the festivals. Perhaps the biggest non-winner was The Sisters Brothers, a film that didn’t take off the way its constituents did, but still made an impact thanks to four great acting performances (Gyllenhaal, Ahmed, Phoenix, and especially John C. Reilly) and a third act misdirect. It’s certainly one of my most anticipated going forward. Meanwhile, Netflix continues to wow the world by releasing Orson Welles’ final fifty-year magnum opus, The Other Side of the Wind, which opened to reviews of “Not his best, and clearly unfinished, by my God could Orson Welles direct a movie.” Also successful was Morgan Neville’s making-of documentary, They’ll Love Me When I’m Dead, which provides an in-depth analysis of America’s Greatest Director. Meanwhile, Olivier Assayas continues to shake things up with his newest narrative film Non-Fiction (a hit at both festivals), while Willem Dafoe is supposed to be marvelous in his Vincent van Gogh biopic At Eternity’s Gate. However, if there’s one polarizing film that I’m looking forward to, it’s Suspiria. That’s right: the man who brought you the peaceful, loving Call Me By Your Name has remade a horror classic that is supposedly batsh*t insanity, exploring historical, sociological, and biological fears rooted deep in our subconscious. Audiences are mixed on it – mostly because of its unbearably intense nature – but everyone seems to agree that Tilda Swinton is a knockout, playing anywhere from one to three roles and killing all of them (to clarify, there is an old man in the film played by unknown actor/psychologist Lutz Ebersdorf who very much looks and sounds like Swinton under very impressive makeup and yet both the actress and director Luca Guadagnino insist upon his existence). This may very well be 2018’s mother! and all that does is make me more excited for the final product.

Of course, not every project could be a slam dunk. While nothing has so far been out-and-out panned, there are several films that failed to make the impact they were hoping for, even with the praise they did receive. Take, for example, the newest Coen Brother feature The Ballad of Buster Scruggs. For the most part, critics thought the film was fine. However, they also felt the film’s varied segments never came together the way the brothers were hoping, and certain segments vastly overwhelmed the others. Similarly, Mike Leigh’s Peterloo had the emotional impact and the character depth needed to explore the complex historic political drama, but it never managed to come together quite coherently. And then there are the two Nicole Kidman features, Boy Erased and Destroyer. Neither film is necessarily bad. However, neither really took off the way they wanted to, and ended up being overpowered by Kidman’s talent. Both films do have their defenders, and there are other aspects I’ve heard really took off – Lucas Hedges in Erased, the script and editing in Destroyer, etc. – however, while Kidman certainly has a shot at landing one or both nominations this year, I think both films will slowly fade into the background, especially when confronted with as strong a lineup as above.

There’s still a long way to go this awards season. I mean, this time next week we will have news on four entirely different films – 22 July, If Beale Street Could Talk, Beautiful Boy, and Widows. However, if you want to look at what’s out there right now, and what films will likely win Best Picture, then look no further than the films listed above. I will hopefully have two predictions up in the next week or so – Best Actress, and a Best Picture post-festival update – but until then, update your Netflix, AMC A-List, and MoviePass (RIP) accordingly, because it’s time for awards season!