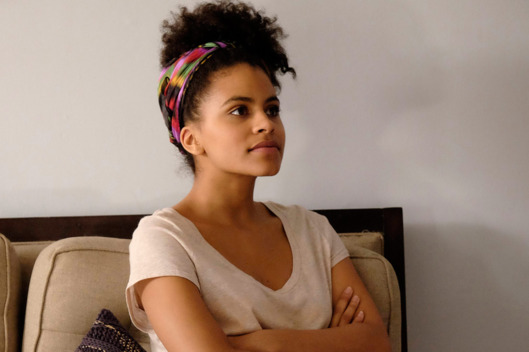 Last night was Donald Glover’s first time behind the camera, and while he has a clear knack at directing, without Hiro Murai’s distinct talent guiding the show, and coupled with a lighter episode, it never reaches its highest potential, despite Zazie Beetz’ killer performance and a strong third act.

The episode begins by getting right to the point of things, with a young woman sitting at a table in a fancy restaurant texting. Eventually, Van (Beetz) shows up to join her. Apparently, they were childhood friends, albeit ones whose lives have gone in drastically different directions. Van is living paycheck to paycheck as a teacher with a daughter, while the friend travels to London and Paris, hooking up with athletes and taking photos for Instagram. As the meal goes on, the friend continues to describe her trips around the world, and Van begins to grow jealous. Her anger at her lot in life is festered by comments like “Sometimes I wish I had a kid. But then I think ‘God no.’” She then proceeds to mock Van’s relationship with Earn. It is here that Van snaps and confronts her friend for implying she doesn’t know her own value. The food arrives, and they sit in silence for a long time before the friend chooses to Instagram her food.

As the meal continues, the friend’s date-an athlete-arrives. And he’s brought a friend for Van. The date’s friend flirts with Van, who grabs her coat and purse and announces that she’s going to “the bathroom,” a statement which confuses her newfound date. Van walks to her car in the parking lot, where her friend finds her and apologizes. She invites Van to come to a party with her, to make up for the awful dinner. Van decides to go, but the two end up sitting in the car smoking weed together. The two have a grand old time, trying to take photos for Instagram and declaring their love for each other. Unfortunately, this joyful moment is short lived, as the show hard cuts to Van waking up the next morning and opening a reminder about her drug test scheduled for that morning. Van panics, calling her friend to ask how she can remedy the situation. Unfortunately, the friend doesn’t know either, as she “doesn’t know the protocol.” She tries Googling “How to pass a drug test,” but it doesn’t help either. Finally, she does the only thing she can imagine-she calls Paper Boi (Brian Tyree Henry). Paper Boi is sitting on his couch, getting high and watching cartoons when he takes the call. He makes fun of Van for her poor decision making, until she snaps and announces “I can’t lose my job because I am all that we have.” Paper Boi sympathizes, and suggests that she find fresh urine. He offers to look, but warns her that he wouldn’t be successful. Van laments her fate, before remembering her daughter’s dirty diapers. In a horrifying, disgusting montage that almost plays like a Breaking Bad homage, we watch as she sifts through the dirty diapers, finds ones that contain only urine, cuts them open, siphons it into a measuring cup, boils it, pours it into a condom, and tapes it to her leg before leaving for work.

Van arrives at work and is informed she’s going to have to deal with a deranged student named Tobias, who showed up in whiteface during class. Van shakes it off and heads to the school nurse to take the test. She goes into the bathroom and unstraps her fake pee-except she tied off the condom to well. She struggles to open it, and resorts to using your teeth. Tip of the day-you never open the condom with your teeth. A lesson Van learns the hard way when it explodes all over her face and hair. Knowing she’s screwed, she heads to the principal and confesses to smoking weed. Her boss’ response? “You know we don’t ship those out, right? It costs too much, so we only test the first one and the rest are used to keep you on your toes.” She continues this note with, “Everybody smokes weed.” Van feels relieved…until her boss continues to point out that because she confessed, she’s going to be fired. Her boss brings her in for a comforting hug, before mocking how rancid the smell is. A depressed Van texts Paper Boi to ask about buying some weed, but he denies knowing her before mocking her sloppiness at attempting to purchase. Van sits down in her last class, dejected-before noticing Tobias staring at her. Like so: 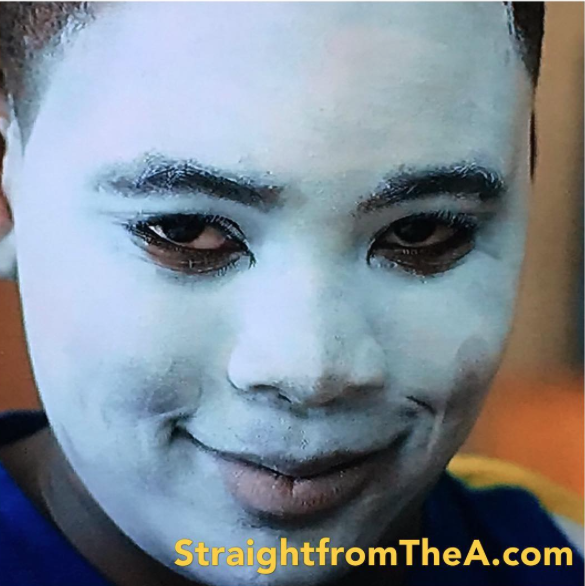 I have no idea if this is meant to be a statement about the ways white people try to oppress the African American community or just a disturbing sight gag, but either way, it’s hilarious.

And thus concludes Donald Glover’s first attempt at directing. It’s certainly a valiant effort, with several funny moments. And I hope Beetz deserves more one-off episodes, because she is great on this show. But due to the weaker storyline and the more random, disjointed aspects of the story, I have to conclude that this is below the usual standard of this show. It’s fine, every show has bad episodes. But let’s not make a habit out of it, ok Glover?