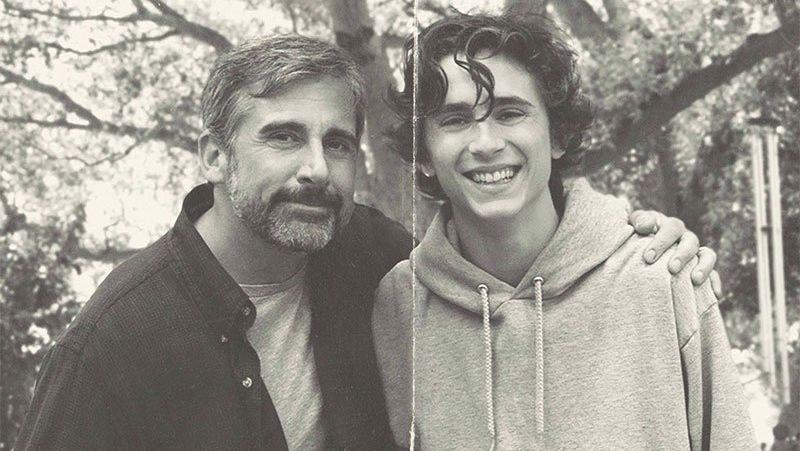 I honestly don’t know the last time we saw an actor like Timothée Chalamet. In terms of teen girl hysteria, it would have to be Leo-Mania, but in terms of his sheer raw talent as an actor? We’d have to go back to Marlon Brando or James Dean to find someone the girls loved like this with that level of talent. And that talent is on clear display in the new trailer for Beautiful Boy, which has propelled both the film and actors Chalamet and Steve Carell from “potential Oscar contenders” to full-on frontrunner status.

Based on the memoirs by David Sheff (Steve Carell) and his son Nick (Timothée Chalamet), Beautiful Boy follows the father/son relationship as journalist David watches his son struggle with an addiction to meth and his subsequent road to recovery. Amy Ryan co-stars as Vicki Sheff.

I mean, I don’t know what more I can say about this trailer. It’s excellent. I’d heard rumors about that diner scene (played in full at CinemaCon earlier this year), but I didn’t expect it to be that powerful. Look at the little tics that Chalamet adds, or the way Carell changes the tone of his voice. That is an expertly acted scene. I cannot wait for this film to come out on October 12th, and be ready: these two are gunning for Oscars hard. The film is directed by Felix Van Groeningen, and you can watch the trailer below.