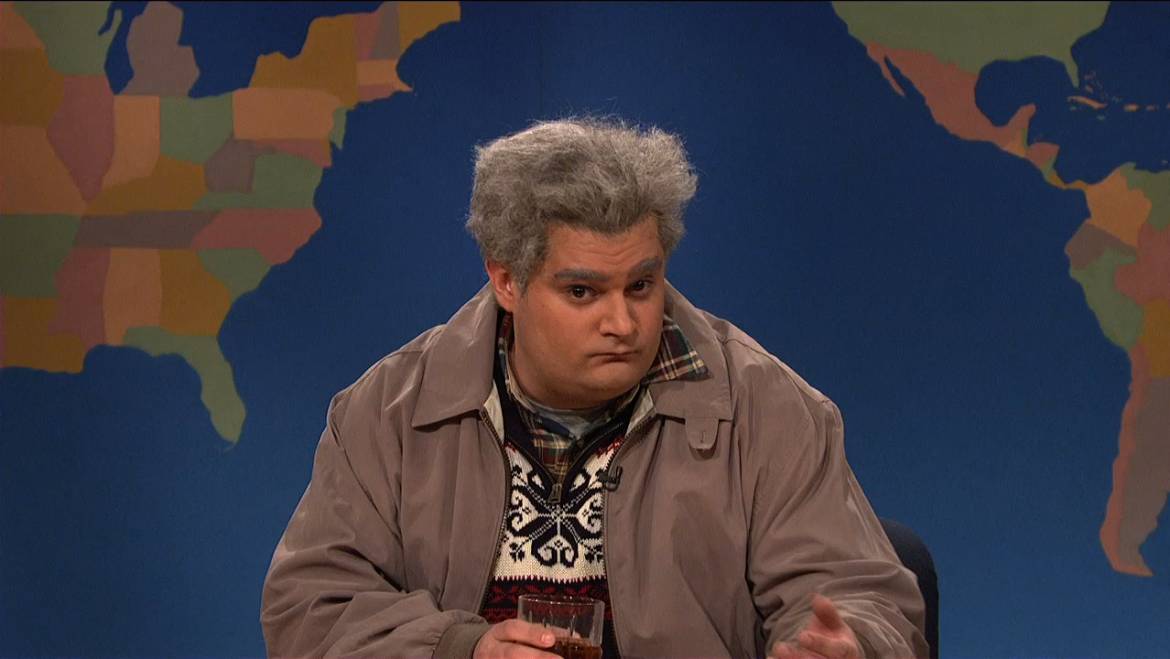 I stopped writing my SNL Roundup piece because nobody was reading it, and I needed to focus my energies on the more popular articles. With that being said, I still haven’t missed an episode of the best SNL runs in years. One of the reasons the past few years of the show have been so great are the consistently great sketch performers Bobby Moynihan and Vanessa Bayer, who can turn almost anything into comedy gold. Sadly, this will no longer be the case, as both Moynihan and Bayer have announced that tonight will be their last show as part of the Saturday Night Live family.

Moynihan broke out with a variety of Weekend Update characters and background performances. While he was very rarely the lead of the sketch, his comedic timing and prowess was so skilled that he would often steal the sketch right out from under the stars. His most popular character is probably Anthony Crispino, a news reporter who only delivers things second-hand (and usually wrong) or Riblet, Michael Che’s high school friend, while his best impressions include phenomenal turns as Ted Cruz, Bill Belichick, George Lucas, Psy, Rosie O’Donnell, Danny DeVito, and especially Km Jong Un. He also made a major appearance in David Pumpkins, a sketch he helped write. Meanwhile, my favorite performances of his include his turn as Ken Bone during the election, his beloved turn as Brian Kilmeade in their famous Fox and Friends sketches, Ass Dan in their Gathering of the Juggalos sketches, and, perhaps above all, Drunk Uncle, a role so creepily accurate and so perfectly performed it’s a wonder that Moynihan never won an Emmy for it. This will be his ninth season of the show, and he can next be seen on a CBS sitcom titled Me, Myself and I.

As for Vanessa Bayer, she was consistently the glue holding together the female cast. While Cecily Strong, Kate McKinnon, and Kristen Wiig constantly got the glory for stealing sketches or (in Strong’s case) playing the straight man, Bayer was often something of an intermediate, the fall man in the battle between straight man and ball of energy. She had a string of phenomenal characters, including Jacob the Bar Mitzvah boy, a kinky elf who does her job badly in order to be punished, and an American J-Pop fan. She’s often one of the funniest performers in the Girl’s Group numbers, stealing “Twin Bed” and delivering the funniest line in “First Got Horny 2 U.” Two major breakout sketches include her role as the put upon Totino’s Wife and Miley Cyrus in “The Miley Cyrus Show.” And she absolutely brings the house down when she does her spot-on impression of Jennifer Aniston as Rachel Green (especially the early years). However, there are two Bayer performances that will always be near and dear to my heart. The first is Laura Parsons, a child star who tries to deliver very adult news. The things she does with her voice on that sketch are absolutely phenomenal. The second, and by far my favorite sketch not only by her, but in all of the show this decade, is the Former Porn Star sketch in which she plays Breckie, the barely smarter of the two women. Those sketches never cease to make me gasp for air between laughs, and if the show has any decency, they’ll allow one more performance in tonight’s show. No word yet on what Bayer will follow the show up with, but she has started taking on movie roles in Trainwreck, Office Christmas Party, and the indie film The Polka King, so it’ll be interesting to see where her career takes her. This will be her seventh season. If you want a chance to reminisce on the two legends, you can watch my choice for their two greatest sketches below.

Tags: Bobby Moynihan, Me Myself And I, Saturday Night Live, Vanessa Bayer