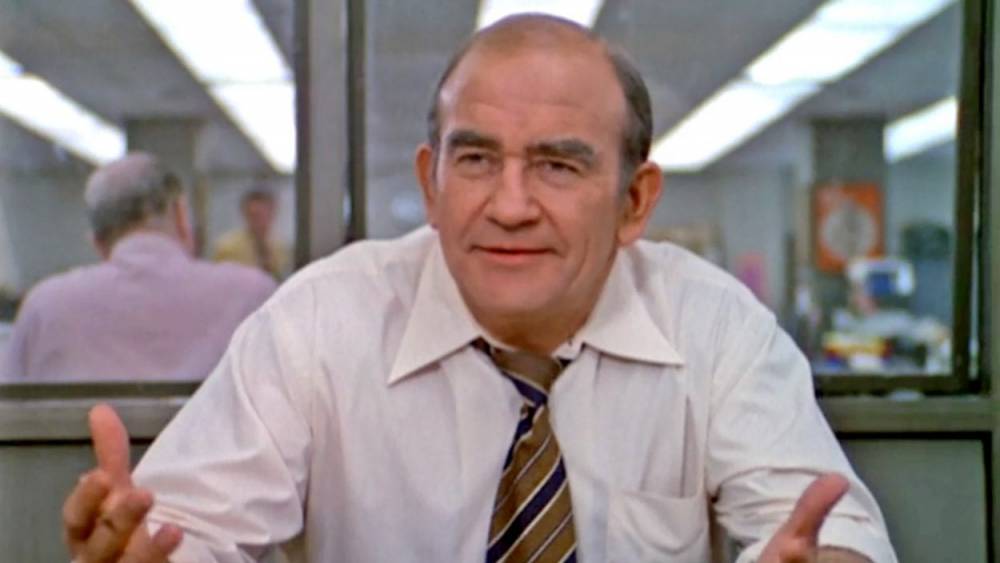 Sad news today as legendary star of television and film Ed Asner passed away at the age of 91.

Born in Kansas City, Missouri to two Jewish immigrants, Asner’s youth consisted of an eclectic series of jobs, including the General Motors Assembly Line and the U.S. Army Signal Corps, where he performed plays for the troops in the aftermath of World War II. After his military service was complete, Asner began a career in the arts, he was a key member of The Compass Players in the 1950s, a group that later evolved into The Second City. He appeared in a series of plays and bit parts on TV shows before getting his big break in El Dorado, a 1966 John Wayne Western.

Asner’s career forever changed when he played the role of Lou Grant, the crotchety boss on The Mary Tyler Moore Show. The role was a major sensation, known for the iconic catchphrase “You’ve got spunk. I hate spunk!” The role earned him four Emmys in six nominations for Best Supporting Actor in a Comedy Series. The role later earned its own spinoff, Lou Grant, where Asner again won an Emmy, this time for Best Actor in a Drama Series. He later won Emmys for his work on Rich Man, Poor Man, as well as his sinister work on Roots, the most-watched miniseries of all time. These awards make him the winningest actor in the history of the Emmys.

Later in his career, Asner began focusing of voice acting, thanks to his memorably gravelly voice. He played roles in Captain Planet, Spider-Man, Batman: The Animated Series, The Boondocks, and, in his most memorable recent role, played the lovably crotchety Carl Fredricksen in Pixar’s Academy-Award winning Up. In terms of live action roles, he earned an Emmy nomination for a guest spot on CSI, had supporting roles on Netflix’s Dead To Me and Cobra Kai, portrayed Warren Buffett in Too Big To Fail, and gave a top-notch performance as Santa Claus in the Christmas classic Elf. During this time, he was also an acclaimed president of the Screen Actors Guild, which he captained through the 1980 SAG strike.

Asner passed away today surrounded by his family. He is survived by his four children, Matthew, Liza, Kate, and Charles, as well as his grandchildren. His legacy and impact on the television world will live on forever.