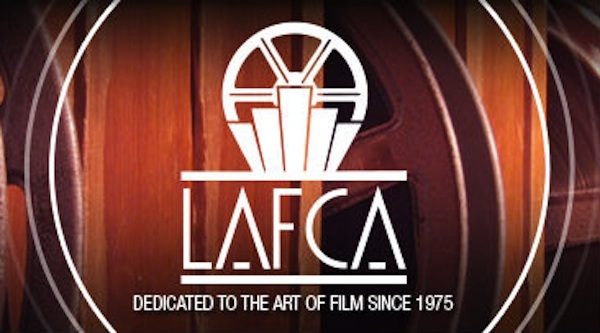 We officially have the first week of awards season under our belts. We’re beginning to separate the cream from the chaff in terms of what’s a winner, what’s a nominee, and what’s a no-go. And in a fun, grueling all-day vote, the Los Angeles Film Critics Association Awards did just that by awarding Call Me By Your Name with the Best Picture award, alongside wins for Best Director and Best Actor.

Of course, if there’s one studio that should be celebrating today, it’s Fox Searchlight, who can now wipe the sweat from their brows after receiving a staggering zero nominations or awards in the first week of the season, despite having two formerly major contenders in The Shape of Water and Three Billboards outside Ebbing, Missouri. The Shape of Water had a massive day, tying with Luca Guadagnino for Best Director and winning outright Best Actress and for Sally Hawkins and Best Cinematography overall, as well as receiving two runners-up titles for Best Music Score and Best Production Design. For a film that has been trying its damndest to stay in the award race, this is a massive boon that shows it may have some legs yet. Meanwhile, Three Billboards failed to win any awards outright, but it did take home three runners-up awards, including Best Actress for Frances McDormand, Best Supporting Actor for Sam Rockwell, and Best Screenplay. Considering how hard the film has fallen, I’m sure they’re happy that this will keep them around a little while longer. As for the two indie films most making a play for the Oscars, The Florida Project and Lady Bird, they each received a handful of mentions, with new frontrunner Lady Bird winning Best Supporting Actress for Laurie Metcalf and the New Generation Award for Greta Gerwig, while The Florida Project won Best Supporting Actor for Willem Dafoe and the runner-up award for Best Picture. Dafoe’s win makes him the first actor to win the NBR Award, NYFCC Award, and the LAFCA Award for Best Supporting Actor since Jack Nicholson for Terms of Endearment, making Dafoe pretty much a slam dunk for Best Supporting Actor at the Oscars. The only other film to receive more than one mention was Blade Runner 2049, which won for Best Production Design and received a runner-up mention for Best Cinematography. Other winners include Dunkirk for Best Editing, Get Out for Best Screenplay, and Phantom Thread for Best Music Score. I, Tonya and James Franco in The Disaster Artist were runners-up.

These results have been noted in my Oscar predictions, which will be posted in the upcoming days. In the meantime, I will say that Call Me By Your Name is in a great position, and Chalamet is probably a lock for a nomination, with Get Out and Lady Bird being in serious contention, while The Shape of Water will be a big technical contender. You can see the full list of winners below.