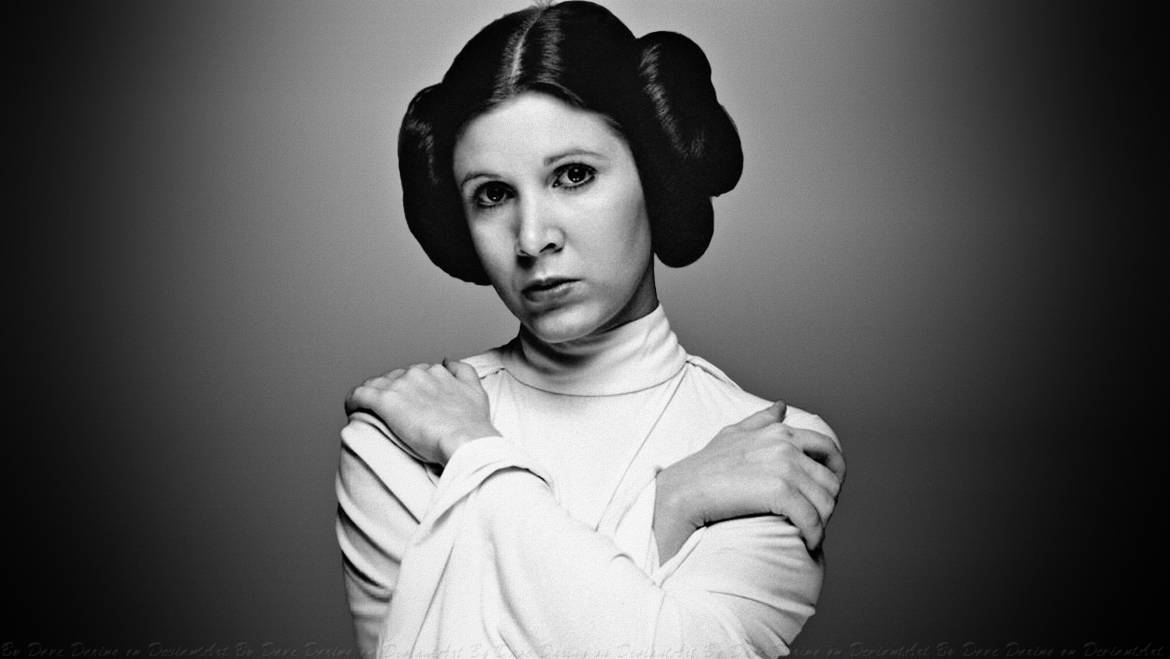 For a number of reasons, 2016 has been given the nickname “The Worst Year Ever.” One of those reasons is the remarkably high number of major icons who have passed away this year. David Bowie, Prince, Gene Wilder, and Doris Roberts are just a few of the many talented people the world lost this year. It got to a point that I stopped writing obituaries for this site, because I was barely capable of keeping up with them. I’ve decided to write one more, because this is one of the most devastating and shocking blows yet. Carrie Fisher has passed away at the age of 60, after suffering a major heart attack last week.

Most people know Fisher as Princess Leia in the Star Wars series. And don’t get me wrong, this is where I first grew to love her too. Leia was a whip smart heroine, showing young girls that they can be a princess and fall in love while still being a major badass who doesn’t really need any help saving the day. It’s an iconic performance, from the hairdo to her pitch-perfect line delivery. However, Fisher was much more than just “Leia”-indeed, despite being one of the biggest Star Wars fans out there, it may only be my fourth favorite Fisher performance. Born to beloved 1950s actress Debbie Reynolds and entertainer Eddie Fisher (three years before Fisher left Reynolds for Elizabeth Taylor), Fisher began her acting career in 1975, in Warren Beatty’s Shampoo. Shortly thereafter, at the age of 20, she got her big break as Princess Leia Organa in the Star Wars Trilogy. After the series, she enjoyed a series of eccentric but fantastic roles, including the female lead in The Blues Brothers, my all-time favorite movie, Hannah and Her Sisters, The ‘Burbs, and one of the greatest movies of all time, When Harry Met Sally… (and is a chief reason for why it works). She’s worked consistently before making a triumphant return to the Star Wars series with The Force Awakens, including creating one of 30 Rock’s greatest characters in Rosemary Howard, but she always kept busy with her other great talent, writing.

What many people don’t realize is that Fisher is also an accomplished author. Writing multiple semi-autobiographical works across several years, Fisher’s books were funny, smart, and poignant, opening up about her relationship with Reynolds, her on-again, off-again relationships with Paul Simon and Dan Aykroyd, and her addiction to drugs, which she has battled consistently over the years. One of those books, Postcards from the Edge (a fantastic read, if you get the chance, was she then adapted into a movie that earned her Meryl Streep an Oscar nomination for playing “Not Carrie Fisher” Suzanne Vale. Her talents as a writer go all the way back to her days on the set of Star Wars, where she famously rewrote many of Leia’s lines, helping to create her character’s fantastic dialogue. And when her acting career was waning, or she needed an off-year, she spent her time rewriting and tweaking scripts for her famous friends. She did not want credit for the many projects she helped save (or tried to save), but known scripts she rewrote include The Wedding Singer, Sister Act, Hook, Lethal Weapon 3, Last Action Hero, and the Star Wars prequels (well…she tried…).

However, if there’s one thing we should remember about Fisher’s legacy, it’s her work as a humanitarian. Fisher dedicated many years as an advocate for mental health awareness. Rising from her own battles with bipolar disorder, she spent years raising money and awareness for the cause, and earning Harvard College’s Outstanding Lifetime Achievement Award in Cultural Humanism.

I’ll conclude this memorial the way Fisher asked the world to remember her. Not as a whip-smart actress, author, or advocate, but with this following anecdote. When filming Star Wars, George Lucas informed Fisher she couldn’t wear a bra under her costume. Why? “There’s no underwear in space.” He went on to explain that due to the lack of gravity, the underwear would end up suffocating and drowning you. Therefore, Fisher requested that no matter how she died, her obituaries would read, “She drowned in moonlight, strangled by her own bra.” As you wish, Princess.