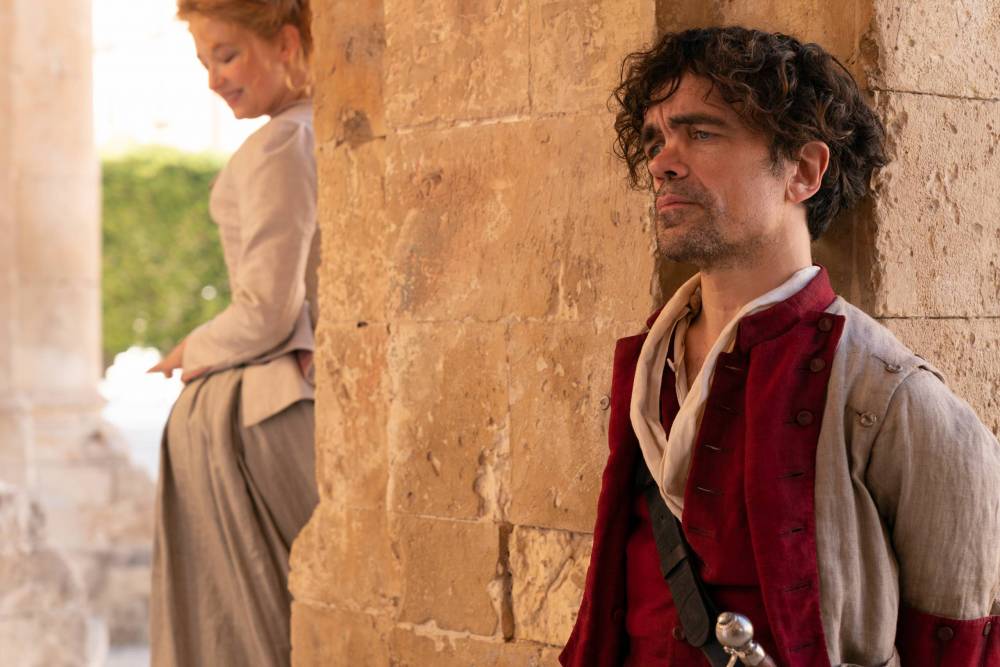 If there’s one thing you can say about a Joe Wright production, it’s that you’re going to have a simple story executed on a gonzo scale. Atonement’s trippy intercutting story, Hanna’s hyper-realistic child assassin, Anna Karenina’s “inside a theater” aesthetic choice, and whatever the hell Pan was. That’s the mindset I have going into his newest film, Cyarno, a straightforward retelling of one of history’s most beloved plays…performed as an insanely scoped musical with music by The National.

Based on the Edmund Rostand play, Cyrano follows the legendary Cyrano de Bergerac (Peter Dinklage), a gifted soldier, musician, and poet who is often belittled for his small stature (here taking the place of the infamous giant nose). Cyrano has been in love with his friend Roxanne (Haley Bennett) since childhood, and yet has been unable to tell her – as he figures, how could anyone as wonderful as she ever love someone like him? Things become more complicated when Roxanne ends up falling for one of Cyrano’s newest recruits, the handsome, yet inarticulate Christian (Kelvin Harrison Jr.). When Christian finds himself incapable of writing his feelings in letter form in order to woo the fair maiden, Cyrano agrees to the unthinkable: he will use his poetic skill to put his own feelings to paper, and allow Christian to pass them off as his own.

I’ve been approaching Cyrano with a skeptical eye. On the one hand, this is a beloved story with an all-star cast, and you can never underestimate Joe Wright (I’ve liked 90% of his films to date). On the other hand…this is a big lavish MGM musical with songs by The National that are hilariously understated when compared to the dancing. Nevertheless, this is an excellent trailer. There’s something alluring about its weirdness, lulling you into the madness until you’ve made your peace without even realizing it. I’m also impressed by this early look at Bennett and Harrison, whom I’ve had mixed feelings about in the past. Cyrano is coming off a spectacular Telluride Film Festival debut, and it will officially take its bow on December 31st. You can watch the full trailer below.