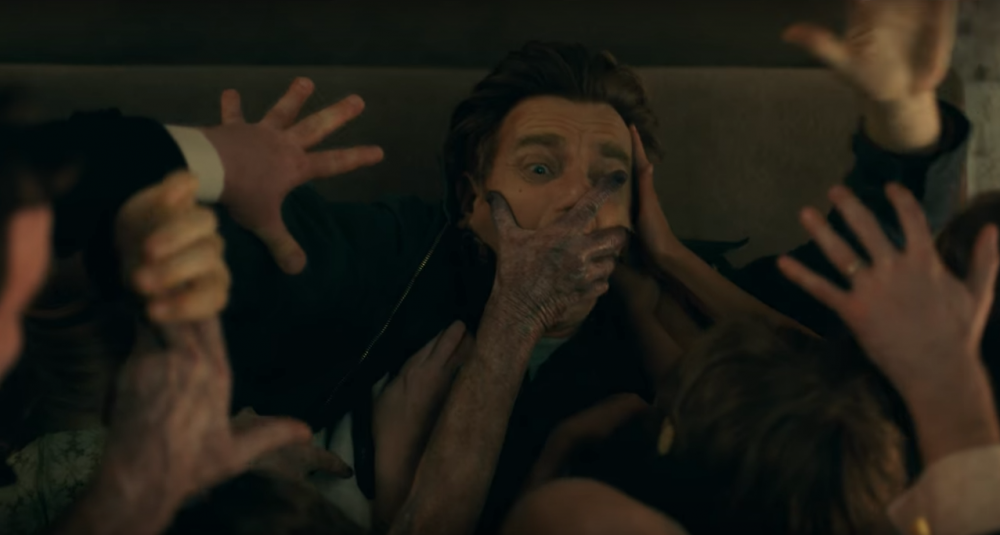 In theory, there’s nothing I could imagine as more unnecessary than a sequel to Stanley Kubrick’s The Shining. While the novel possesses an entirely different ethos surrounding alcoholism, parental abuse, and the legacies of generations, the film explores mental illness and the things in our deep, deep subconscious that truly frighten us. It’s perfectly contained, and doesn’t need continuation the way the book was open for. So when it was announced that Warner Bros. was adapting Stephen King’s sequel novel Doctor Sleep for the big screen, I just couldn’t be less enthusiastic. Not even director Mike Flanagan, who created the terrific Hush, the fine Gerald’s Game, and the well-received The Haunting of Hill House, could entice me. And then…I saw this trailer.

Dan (Ewan McGregor) is a broken man. It’s been many years since his father tried to murder him and his mother. Now in hiding, he works as a hospice caretaker and uses his gifts to help people. However, everything changes when he meets a young girl named Abra (Kyliegh Curran), whose powers are as strong as his and mark them both as targets of an evil group known as True Knot. Hunted by True Knot’s cultist leader Rose The Hat (Rebecca Ferguson), Dan must take Abra to the only place where they can be truly safe: an evil place from Dan’s past, where ghosts haunt people, where little girls entice you to “come play with them,” and where you can still make out the faint words of Dan’s past: “Redrum.”

Man, I can’t think of a better way to bring fans in than a trailer like this. Flanagan has managed to capture tones and looks of Kubrick’s original while still bringing in details from the books. From the well-timed uses of the infamous door and the sinister twins, to the carefully placed scares of an outreached arm and creepy cults, to the perfect introduction to the Overlook Hotel as the famous score plays, this is an excellent trailer. It elevated what many view to be an unnecessary trailer to one of the most anticipated films of October/November. I, for one, can’t wait to see what Flanagan has come up with. Doctor Sleep will be released around the world on October 30th, and in the United States on November 8th. You can watch the full trailer below.