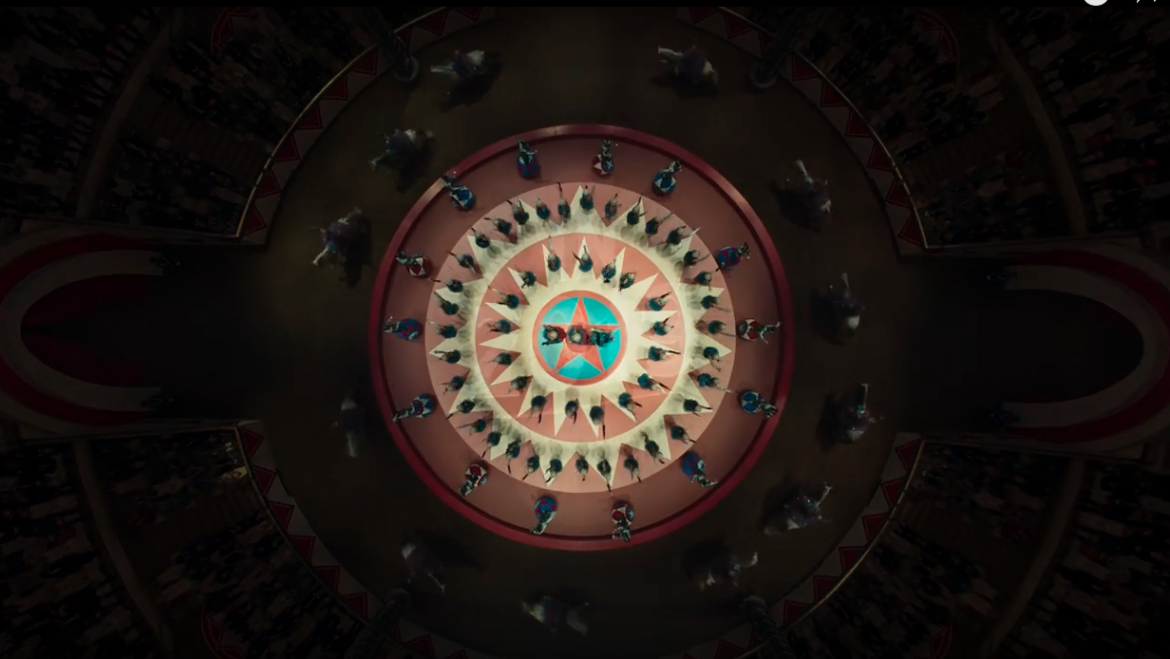 After the success of The Jungle Book and Beauty and the Beast, it is no surprise that Disney is going to double down on remaking all of their beloved animated films. With The Lion King and Aladdin both finishing up production, Disney is hoping that there is an audience for their cheapest, but ultimately highly beloved animated “classic,” Dumbo. And who better to tell a sweet, innocent story than David Lynch’s edgelord brother, Tim Burton?

Shortly after an unnamed war, former circus star-turned-soldier Holt (Colin Farrell) returns home to work at Max Medici’s (Danny DeVito) Circus. Medici tasks him with caring for a baby elephant with oversized ears who has become a laughingstock. However, when Holt’s children (Nico Parker and Finley Hobbins) discover that the ears help the baby pachyderm fly, it isn’t long before grifter V.A. Vandemere (Michael Keaton) and trapeze artist Colette Marchant (Eva Green) swoop in to try to turn this talent into a moneymaking operation.

This entire trailer is just…ugh. I mean, I’m not against it, per se, but I can’t help but wonder “Why?” The original Dumbo isn’t all that good to begin with, despite its cute premise, and it could barely hold a 70-minute runtime, so Lord knows how it’ll stretch out across two hours. Then there’s Dumbo himself, who is incredibly adorable in the original production but here embodies the uncanny valley. Then there’s the fact it’s written and produced by Ehren Kruger, the genius behind Rings, Reindeer Games, and the worst Transformers movies, so we know it’s in good hands. And then there’s the unnecessary and trite inclusion of the children who find Dumbo and encourage him, which is one of my biggest pet peeves (second only to monologues explaining how love is the intangible science that will save us). However, I will admit that Tim Burton knows how to stage a scene, and a couple of these sequences look stunning (and you know that Burton put the Pink Elephants in there). So I guess I’ll give it a chance, but I’m not holding my breath for anything great. And the jury’s still out on if Johnny Depp shows up, presumably as the mouse, or as one of those racially insensitive crows. The film is scheduled for release March 29, 2019, and you can watch the trailer below.