Friday Night Dinners: TCM’s “Reframed” Series Has Its Cake And Eats It Too 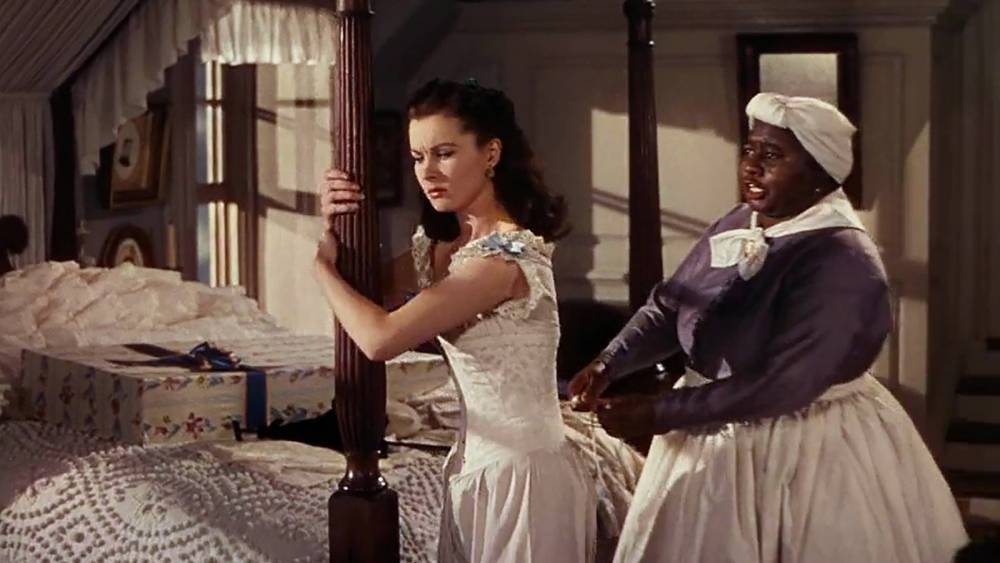 Throughout this month, Turner Classic Movies will be hosting a series every weekend called “Reframed.” Hosted by the usual suspects of Ben Mankiewicz, Dave Karger, Alicia Malone, and especially Jacqueline Stewart, the series looks to provide the same purpose as last June’s HBO Max Gone With The Wind launch: to show a series of classic films, in their entirety, through a modern lens. Films like The Jazz Singer, Stagecoach, Breakfast at Tiffany’s, Psycho, and more will air on the channel, beginning and ending with conversations with the hosts about the brilliance and achievements present in the film’s technicality and narrative, while simultaneously grappling with the role they played in racism, sexism, and homophobia of the time. Personally, I think this is a terrific undertaking on the channel’s part, and not just as a lover of history and cinema. Because not only will the series serve as an innovative course in both subjects, but because if anyone dares to complain about it, it will force them to reckon with the fact that maybe, just maybe, their issues were never with “cancel culture” – it was with getting confronted with their own biases and shortcomings as they attempted to uphold the social order and bigotry.

Now, I’ll admit up front that I don’t actually believe in “cancel culture” – at least not in the sense that the Sasha Stones, Jesse Signals, and Tucker Carlsons complain about it. You can still find and access almost anything that’s been “cancelled” in recent years. Dr. Seuss is still on shelves everywhere, and the six books in question were amongst the lowest sellers. You can still find Manhattan and Annie Hall in almost any retail store. Hell, if you really want to watch them in all their horrific glory, The Birth of a Nation and Triumph of the Will are both on YouTube. Go ahead and watch them at your algorithm’s peril. While it’s true that there are a few people out there calling for the censorship of historical pieces (which is absolutely wrong, and makes us dumber as a society), they are few and far between. The absolute worst part of the Internet is the way it allows anyone to find their perfect straw man argument for any scenario – and what’s worse, a true grifter can effectively lump that straw man in with real causes, and successfully undercut an entire movement. That is how the conversation around “accountability” became a conversation about “cancel culture”: because someone successfully lumped together one idiot on the Internet saying “To Kill A Mockingbird should be banned” with an entire movement saying “Maybe we need to do a better job helping teenagers understand racism than just throwing a book at them and saying ‘This ended racism.’”

However, the real reason I don’t see “cancel culture” as a real thing is because I’ve seen what “trigger warnings” actually are up close and personal. Nothing has changed in film schools – we still watch D.W. Griffith and Riefenstahl as a way of understanding film history. The only thing that’s different is the conversation. In fact, the only book I had “censored” for me in the entirety of my high school experience was The Diary of Anne Frank, and that was only because a local religious parent complained about the frank sexuality mentioned in the text a few years before I reached schooling age. The only small, but key difference between having a trigger warning and not having one is the art of context. Spike Lee tells the story about his early days in film school when they used to watch Gone With The Wind and Birth of a Nation and fawn over them without ever mentioning the fact that they were historically inaccurate depictions of slavery, glorified the Klan, and solidified racist thinking in the United States for decades. And yet Lee isn’t against showing these films – he shows them himself in his classes. But Lee does so in the same way my German History professor showed us Triumph of the Will and Jud Süß, a propaganda film about the corrupting nature of Jewish people: with context. And therein lies the problem.

To generalize, I’ve always found that Americans are a bit more defensive of their heritage than other countries. Maybe it’s because we’re on top now and want to stay that way, maybe it’s because we’re such a young country and don’t want to discourage what has been accomplished in recent years, or maybe it’s an egotistical thing. But we’re certainly unlike, say, Britain, where they are capable of both praising their past kings and respecting their heritage while also accepting the heinous sh*t they did all over the world (they have holidays that both honor their past leaders as well as burning them in effigy and digging up the same guy to decapitate him over and over). Hell, Shakespeare’s plays were mostly about the complicated relationship between love and hate they have for their monarchs – Henry V is about how brilliant a strategist Henry was while also painting him as a backstabbing drunken tw*t who committed war crimes. Americans, however, have no desire to admit their heroes’ faults. George Washington was a Great Man, and only a Great Man, despite famously struggling as a general and openly writing that he deserved to be scorned for his role in slavery. Thomas Jefferson is only the greatest philosopher in American history, never mind the part where he raped his slaves. Hell, we’re so obsessed with our “heroes,” we can’t even besmirch the name of Robert E. Lee, the man who tried to overthrow the United States government.

None of this is to say that these men don’t deserve to be praised for their accomplishments. The problem is that when you only teach a one-sided version of history, you become doomed to repeat it, whether you realize your mistakes or not. That’s why context is so important, and that’s where programs like “Reframed” become so useful. So many films in the canon reflect a different time in history. Understanding their flaws not only help us to learn from our ancestors’ mistakes or shortcomings – they make for better art, too. Swing Timeis one of the sweetest, most expertly crafted musicals of all time, and nothing will change that; but it also helps us understand how we can overlook our own biases, as well as understand the racism inherent in blackface. The Searchers is an expertly crafted example of how racism can destroy a man’s life (ironically played by great actor/massive racist John Wayne), but also never fully develops its Native American characters beyond violent caricatures in the process. All of these films deserve to be celebrated and studied, and yet it is impossible to watch them, as an empathetic being, without understanding the hurtful side effects held within.

My final two cents on the subject is this: there’s a terrific quote I heard on the podcast Unspooled by guest commentator Tawny Newsome while discussing her love for Swing Time. To paraphrase, she stated her belief that minority communities have an easier time loving “problematic” films because they’ve seen the stereotypes so often, they’re able to accept the film as a whole, good and bad. It’s a lesson embodied in the film To All The Boys I Loved Before, where Lara Jean and Kitty excessively watch and adore Sixteen Candles while simultaneously understanding how offensive Long Duck Dong is as a character. This is Jacqueline Stewart’s very purpose with the Reframed series: to help viewers understand how to take both the good and bad with their favorite films, to learn to appreciate the sheer artistry on display while also understanding historical context and our own historical shortcomings, and to, as a culture, learn the art of nuance. In an ideal world, such lessons will put an end to the culture war debate surrounding “cancel culture” and make us all better people while still enjoying some awesome films. Most likely, it will reveal some cultural critics as the con artists they truly are as this program is dragged through the mud. After all, those critics know that once they change the conversation to arguing about whatever f*cking genitalia Mr. Potato Head has, they can suddenly get us to ignore conversations about poverty, healthcare, pandemic responses, and systemic change. So let’s ignore their straw men and distracting arguments and learn to be better people – even if that means accepting that our favorite films might not, in fact, be perfect. After all, what is?

Update: During the editing process of this article, a certain commentator already proved my very point by condemning the series 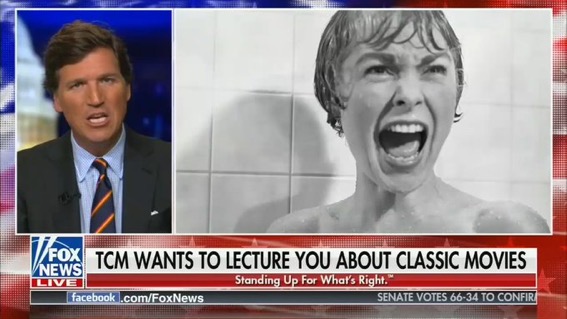