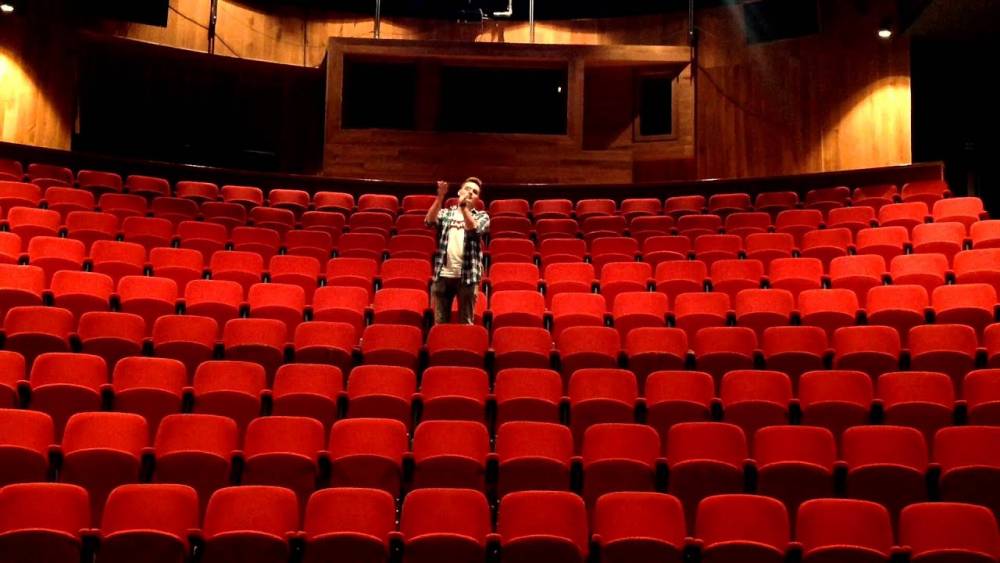 For most Americans, it’s been over a year since we were last in a movie theater and reveling in the wonders of the silver screen. And as states buckle to the pressures of the people to reopen, whether safely or not, and the U.S. passes the 100 million mark in terms of vaccinations, audiences are now being asked a very tough question – albeit with a simple-seeming answer: when will it be safe to go back to the movies?

I’ll jump to the point now and say “Not now.” Numbers are spiking everywhere (in my home state, we’re witnessing a massive rise as teenagers and college-aged kids return home from Spring Break in the massively underreported Florida). While theaters may be safe by this summer, the period we’re in right now, with people still trying to get vaccinated, and a healthy chunk of people still flaunting social distancing restrictions, still remains unsafe. No matter how socially distanced theaters are, they still remain a dangerously large breeding ground for the virus. Need proof? Look no further than a fellow critic of mine. I won’t name them, as a means of protecting their privacy and to avoid piling on during a tough time. But said critic recently posted a long thread of photos on Twitter showing their return to the movies, bragging about seeing Borat and Wolfwalkersand all sorts of different first-runs in New York…only to post a few days later about an inability to taste their popcorn and an eventual positive Covid test. It’s a bitter irony, and one that serves as the ultimate example of why we shouldn’t make an effort to rush back to theaters.

But not everything is black and white, and not every case is universal, which brings me to my ultimate reason for writing this: my own eventual return to the theaters. I’ve been trying to decide when the right time is for me for a while now, and I even polled some of the readers of this site to see what their take would be. 66% of readers said “As soon as I’m vaccinated,” 16% said “As soon as everyone is vaccinated,” and another 16% said “As soon as Fauci says I can.” I’ll be leaving that last one alone for the time being, but I want to focus on that 66%, because it brings me to my main point in writing this article: why I’ve recently decided to return to theaters, and why I really hope you don’t follow my example – at least not yet.

That’s right, I’ve spent the last month, give or take, slowly experimenting with returning to theaters, after a many month hiatus. I’ve thus far seen Promising Young Woman, News of the World, Minari, Nomadland, The Mauritanian, and a reshowing of Boyz N The Hood. And I want to tell you a little bit about the massive amount of thought that went into this decision. I can assure you it is not a choice I made lightly. First and foremost, my situation is a little bit different from the general public. For starters, I am fully vaccinated – two doses of Pfizer – and have been since late January. My day job involves work in a hospital, and because of this I was put at the front of the line for the vaccine, and it was an opportunity I couldn’t turn down. Furthermore, I have spent the entirety of this pandemic, between a draining retail job and my work in the hospital, with the title of “essential worker.” This title prevented me from practicing social distancing the way so many others around this country were able to – or were supposed to do, in many cases. Having been out in public, I have had a different reaction and feeling of safety surrounding the public – I’ve learned where to avoid, where people congregate, and am already forced to confront the virus head-on. That’s far different than those who haven’t left the house since March 2020.

But what’s also important to know about my decision is my desire to help the local indie theaters in my area. And here’s where things get dicey. There are a lot of people online – critics and Film Twitter fans and beyond – who have a similar desire to go out and help their local theater survive during these times. But here’s the difference, and something that everyone needs to keep in mind when making this decision: place of residency. Many of these “advocates” live in New York and LA – two major cities with millions of people clamoring to get back in, and who often don’t know they’re sick. I live in a small Michigan town. While there are a significant number of theaters around me, I have rarely eve seen them filled to capacity. I’ve only ever seen it a handful of times – Avengers: Endgame, Skyfall, and the occasional Star Wars film (oh, and Parasite, but that’s an anomaly). Unlike New York and LA theaters that flourish every awards season and in the summer, these theaters rarely met capacity on their best day, and need all the help they can get to survive. Even if we weren’t in a pandemic, I would likely be the only patron of the theater on any given day.

So I made a wrenching, thought-out decision that I thought would be the best thing for me, and returned to the theaters. However, because I’m still concerned about the virus, I’ve put in place a few rules. First, the bulk of my showings have to be in indie theaters. AMC will be just fine no matter what happens, and I’d rather use their service just often enough to avoid wasting my A-List subscription. My goal is to give my money to the local movie palace that’s in desperate need of donations to stay open (an exception was made for AMC’s IMAX showing of Nomadland). Second, I have to keep an eye on the crowds. Despite excellent social distancing policies in place at my theaters of choice (shout out to The State, the Michigan Theater, and the Maple Art), I’m still not going into a crowd of more than ten people. Thankfully, the average crowd size I’ve seen is the one person Crying Loudly over Steven Yeun, so this hasn’t been a problem. But if I were ever in a situation of a large crowd, or more than 30 cars in a parking lot? I’d just ask for a refund and try again another day.

Which brings me to my third and final point: if I’m trying to see a movie in the theaters, it’s because there’s few, if any, alternatives to see said films. I don’t care how cool Godzilla vs. Kong or The Little Things would have looked on the big screen. I can watch them from the safety of my own home with HBO Max. In fact, I only plan on breaking this rule a handful of times this year, and that’s to support big projects by Black filmmakers, given that minorities in Hollywood basically kept us afloat last year. I’ll be planning a trip to Judas and the Black Messiah sometime soon, while I will be taking a trip to the local multiplex later this summer for In The Heights. But after that? We’ll see how case numbers do. Sorry, Nobody; guess you’ll have to wait for the drive-in.

These are the reasons why I have decided to make the occasional exception about going to the theater. I assure you this is a conditional, case-by-case basis. This is not me preaching about reopening the theaters. And it is not an endorsement for you to go the theaters yourselves – especially if you live in New York or Florida (arguably the two states with the worst Covid response). But if you’re in the Midwest, you’ve had that precious second shot (and waited the appropriate 10-day window for it to take effect), and you take proper precautions? Well, that’s between you and your God. I’m not here to judge you. I just want you to think of others as you go out and traverse the world. Stay safe, and be well.