‘Gilmore Girls: A Year In The Life’ Recap

HomeReviews‘Gilmore Girls: A Year In The... 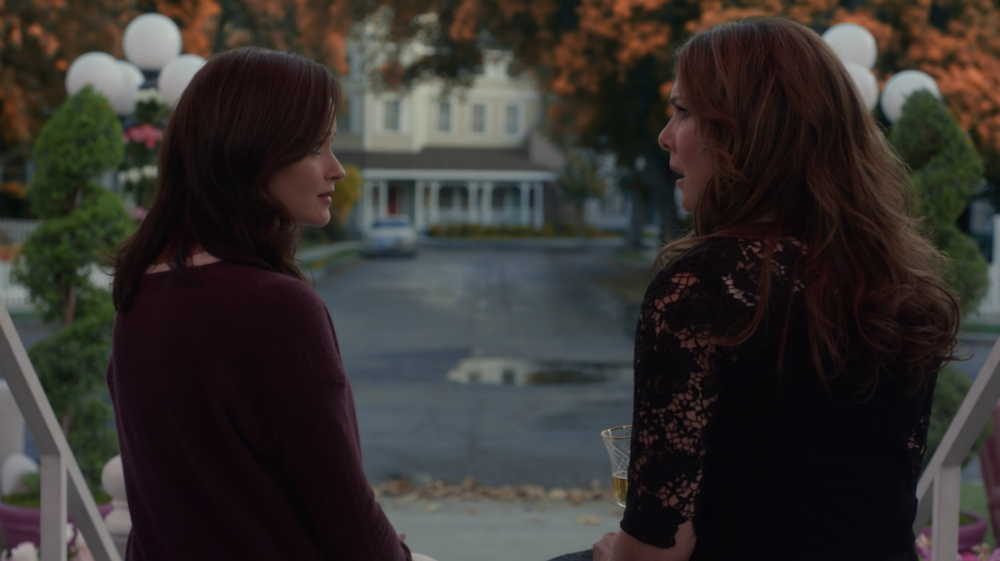 Gilmore Girls may in fact be the most important television show of the 21st century. Allow me to explain this controversial claim. Sure, there were somewhat better shows, like Arrested Development, 30 Rock, Mad Men, or Breaking Bad. But Gilmore Girls had a unique history. Premiering in 2000 with an interesting story, a unique writing style, and well-written/well-acted characters, the show struggled towards the beginning despite a great first season. However, the world changed in season 2, which aired shortly after 9/11. Suddenly, the idea of a quirky comedy where people of different economic and political backgrounds come together in a decidedly American town filled people with warmth and heart, and it allowed people to have a release from their stresses and anxieties. Watching the Gilmore family slowly but surely reconnect was a cathartic, hilarious experience for millions of people, and the show found the right nerve at the same time it hit the right groove. It is a special show for many reasons. Unfortunately for its many friends, the show went out on a low note, with a terrible final season that watched as the show’s captain, writer and show-runner, Amy Sherman-Palladino, left under bad circumstances. This allowed things to end without the sense of closure she had promised, literally embodied in the infamous “last four words” that she had teased for many years.

So when the show was picked up by Netflix, and fans were finally going to see an ending as written by the Bardess herself, people were excited, albeit hesitantly. Having been burned before on Fuller House, The X-Files and Arrested Development (I liked that season, for the record), people were skeptical the show could make a proper comeback. However, due to a strong heart in the right place, a game cast and a sense of whimsy that made the original a classic, I can safely say that, while not perfect, Gilmore Girls: A Year In The Life is the last cup of coffee: the original effect may be wearing off, but the pleasure is still there.

The series follows a unique pattern from the get-go, opting out of the usual multi-episode format of other reboots to try the Sherlock-esque four episode mini-movie formula-essentially four 90 minute sagas following one season of the lives of the three Gilmore women: complacent and chatty Lorelai (Lauren Graham), her 32 year old daughter/best friend Rory (Alexis Bledel), and recently widowed Emily (Kelly Bishop). As we meet them in winter, the three women are at decidedly odd places in their lives. Lorelai is indeed living with Luke (Scott Patterson), but the two have yet to tie the knot. She also faces a hectic life in the Inn, as owner Sookie (an overshadowing Melissa McCarthy, who got her big break on the show) and a trapped Michele (Yanic Truesdale). Rory is no longer the fresh-faced prodigy we met in season one. She is now the same age her mother was when we first met her, but she has less structure than her mother did. She is a freelance writer for many major magazines, including a renowned piece in the New Yorker, but lacks a permanent job and a permanent place of residence. She also is beginning to become disillusioned with journalism, which has been her dream since childhood. As for Emily, she is watching as her life falls apart without her beloved husband (the late Edward Hermann, whose presence would be felt without the giant portrait hanging in the living room). She doesn’t recognize her life around her, and she is beginning to wonder what her life will hold now that she is alone. Add to this family drama and the shenanigans of the wonderful town of Stars Hollow, and it all makes for an interesting year in the lives of three great women.

In a lot of ways, returning to this series is like visiting family after many years apart. The very first scene (outside of a phenomenal black screen voiceover sequence) is a little awkward, with the timing being out of sync and the actresses lacking the chemistry that once made this show work, the way things feel weird when you visit your family after a long absence. However, as time goes on, and the dialogue starts flowing freely, the cast warms up-and, by extension, the show does too. And it is absolutely pleasant to see great characters doing what they do best, from Lorelai being chatty to Rory writing to Emily being sarcastic to Kirk being weird to Taylor being overbearing. So even if someone says something off, or something happens that you hate, you’re willing to overlook it.

What makes this season most interesting, though, is Rory’s arc. Yes, it’s always most enjoyable to watch Lorelai, and yes, Bledel’s acting lacks the natural nuances that she had nine years ago, but it’s a fascinating look at both millennials coming of age as well as the current evolution of the writing world. Rory’s dream had always been to be a journalist like Christiane Amanpour. When she graduated Yale in the series finale, she was off to follow a then up-and-coming Senator named Barack Obama. It was, at the time, the perfect capstone to the series and set her on the way to her goals. It’s one of the reasons I’ve connected to this show-as someone who grew up loving to read, wanting to write, and speaking only in pop culture references, Rory was something of a role model to me. However, both Rory and I have learned since our graduations that we could not have anticipated the way the field has changed in the past years-things have moved online, there is no guarantee of success, and what few jobs you can get don’t pay quite well. It forces you to come to question how you can best do the thing you love for a living while still making enough to get by. Rory’s quest this season was handled beautifully and realistically, and it could not make me any happier to see it pursued (even if I have my own issues with its resolution, not that I’d spoil them here).

As for the performances, it’s very clear who has acted during the hiatus, who has dabbled, and who has not. Some people immediately inhabit their characters from minute one-Kelly Bishop feels like she never left, Lauren Graham has a natural charisma that sells each and every scene, Sean Gunn overcomes early hurdles to prove that Kirk is still the best townie, Yanic Truesdale surpasses his work from even the original series by slipping back into Michele flawlessly and giving him an arc, and I can’t forget to mention the stellar work of Liza Weil, who has taken the small, stereotypical role of Paris Gellar and turned her into a television legend. Some people struggle to get the hang of things right off the bat, but do eventually find the heart of their characters again-Bledel, Patterson as Luke, Matt Czuchry as Logan, and Milo Ventimiglia as Jess (Team Jess all the way, baby). And somehow, they find a way to make Vanessa Marano’s April even more annoying than in the original series. Seriously, someone needs to Gas Leak that plotline immediately-she’s a terrible character and poor Marano does her no favors. As for newbies to the scene, I enjoyed a cameo from Bunheads star Julia Goldani Telles, as well as Broadway actors Sutton Foster and Christian Borle (whose roles I won’t spoil, but damn near stole the series for me). And before you ask: yes, McCarthy does eventually show up, but it’s only after several episodes of buildup and lousy excuses.

And just like that, a beloved member of our family must part from us again. However, this time, it feels like we are parting on much better terms-little is left unsaid, we have that warm feeling that only comes through loved ones in our hearts, and we’ve had our fill of good times, good jokes and good coffee. If you’re wondering about how things hold up overall, I’d say that Winter is a decent episode, Spring has its moments, Summer is incredibly fun, and Fall may rank in the Top Ten Episodes in the history of the show. Each episode has a little directorial flourish that makes it feel unique and wholehearted, and while there’s definitely times that feel a little more show-boaty than the original did, I think that’s their right after everything they’ve been through. I’m sure as time goes on, those last four words will inspire controversy and debate (for the record, I’ve been guessing that those were the words for about two years now, and I’m damn proud of that fact, and also confused how no one else saw it coming). But the final words don’t even mean that much in the grand scheme of things. It’s the journey as a whole that makes things worthwhile. The only way I can look at Gilmore Girls: A Year in the Life is through the following lens: “Winter, Spring, Summer or Fall, all you have to do is call, because you’ve got a friend.” With Gilmore Girls back on our televisions, we certainly do.