HomeNewsGreg Will Be Returning To ‘Crazy... 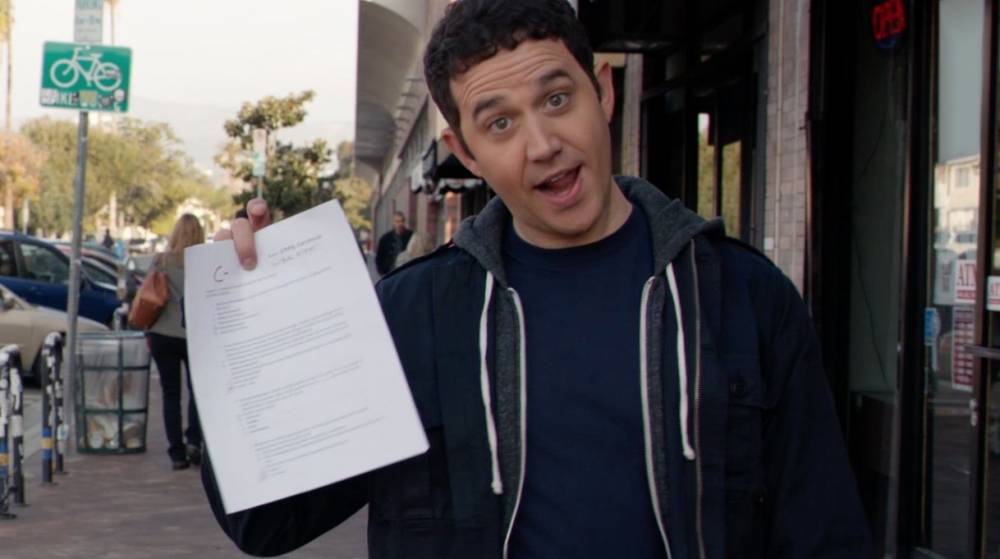 Crazy Ex-Girlfriend has certainly been on a roll its first three seasons. It’s first season was perfect, the second season was bold, and the third took risks that landed it a position as the best show of 2017. It’s tackled a variety of issues, including depression and gender roles in smart, hilarious ways, and it never forgot its premise as a comedy first. And as it enters its final season (by creators Rachel Bloom and Aline Brosh McKenna’s choice), it seems they are pulling out all the stops – including the return (sort of) of breakout character Greg!

For those of you who don’t remember, Season One of Crazy Ex-Girlfriend featured a character named Greg, played indelibly by Santino Fontana. Greg was designed as the “perfect” match for Bloom’s Rebecca, and the relationship was designed as a spoof of the rom-com trope of the girl overlooking her emotional/intellectual equal. Greg was just as smart, funny, and flawed as Rebecca, and watching him sabotage their relationship when they finally got together was painful to watch. And I haven’t even mentioned Fontana’s voice, which allowed for the show’s greatest hits “I Could If I Wanted To,” “What’ll It Be,” and especially “Settle For Me,” the Fred and Ginger-esque number about lowering expectations. However, right as the show – and the relationship – was reaching a fever pitch, the creators threw the audience a curve ball. Two episodes into Season Two, Greg left the show…for good, in the style of Frank Sinatra, explaining that their fling was a bad thing in the aptly named “It Was A Sh*t Show.” Yes, the show and one of its stars made the shocking choice not to renew his contract for creative reasons (and to let Fontana’s career blossom on Broadway), and it is a decision I cannot respect enough. However, as we approach season four, we have confirmation straight from the creators themselves that Greg will be returning for the final season – with a twist.

You see, Fontana will not be returning to the role, and will instead be replaced by Spring Awakening and Pitch Perfect star Skylar Astin. The reasoning for this decision seems to be twofold; yes, Fontana is unavailable for filming thanks to his upcoming role in Tootsie on Broadway, but this decision was in the works even before this was known. It was a creative choice by Bloom and McKenna, meant to represent how Rebecca’s perception of Greg has changed since we last saw him, and that this decision is borne out of “a creative choice…not a Becky from Roseanne situation.” It’s definitely a choice. At any rate, while I’m definitely a little sad that Fontana will not be returning, this show has handled controversially risky creative decisions before to great success, and Astin is definitely a talented, funny actor. I’m excited to see how one of my favorite shows pulls this off. Crazy Ex-Girlfriend will air on the CW for its final season on October 12th, and it will contain 18 episodes. Until then, you can watch Greg and Rebecca’s greatest sequence below.