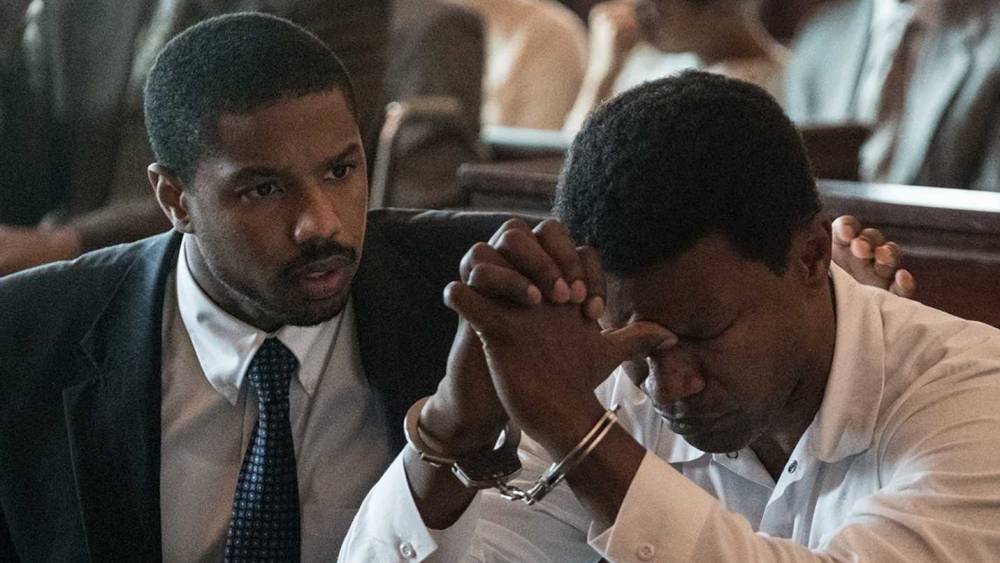 There are very few Oscar contenders that remain unseen, in one form or another, at this point in the race. Indeed, it seems the last film to drop any sort of trailer is Just Mercy, Warner Bros.’ late entry into the race. Based on a true story, as well as a highly acclaimed true crime novel of the same name, Just Mercy has been hitting the private screening circuit for a few months, slowly building up support and buzz along the way. And as we near the Toronto Film Festival and the film’s premiere, one question remains: can the film overcome this entirely bland trailer to become a critical, commercial, and Oscar hit?

In the late 80s, Harvard graduate Bryan Stevenson (Michael B. Jordan) took an internship in rural Alabama to prepare for his career in law. Asked to assist inmates on death row, Stevenson meets Walter McMillian (Jamie Foxx), a man sentenced to death for the brutal murder of a young white woman. As Stevenson speaks with McMillian, he begins to discover that the case against the inmate wasn’t all it was cracked up to be, and an insidious system involving coerced confessions, corrupt judges, and overzealous sheriffs put a young, innocent man on death’s doorstep. And so begins a young man’s quest to save a man’s life, and ultimately launch a career saving others put in similar situations.

I have been all in on this film ever since I read the book. Not only have early reports indicated that director Destin Daniel Cretton has crafted something unique and exciting, but this story truly does, as Stefon would say, have everything: decade-long friendships, innocent men saved, racist judges literally named Robert E. Lee, the Smoking Gun being discovered in literally the dumbest way possible (I won’t spoil it, but if you think it’s dumb in the movie…it actually happened in real life). But with all that being said…they really couldn’t have made a worse trailer for this film. They have taken a brainy, moving courtroom drama – the kind they don’t make anymore – and packaged it in the lowest way possible. At best, this film looks like Green Book (which I guess isn’t too bad, considering it won Best Picture), and at worst, it looks like a Hallmark movie (but with black people). I’m sure this is just a case of bad marketing, but whew, here’s hoping the film can bounce back. Just Mercy also stars Brie Larson, Tim Blake Nelson, Rafe Spall, and O’Shea Jackson Jr. It will premiere at the Toronto International Film Festival this Friday, and will enjoy a limited release starting December 25th. You can watch the trailer below.