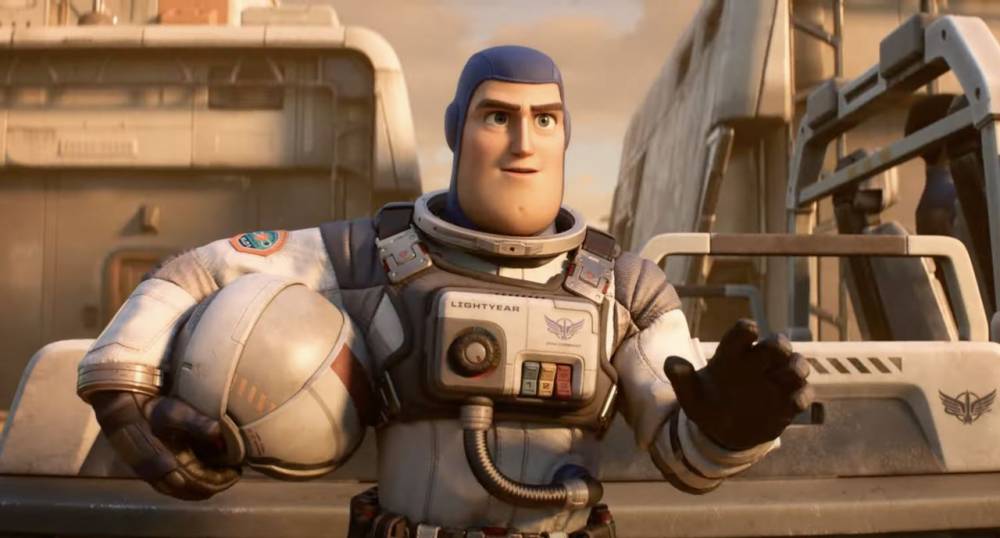 I think it’s finally happened folks. While Pixar has had bad trailers before, its hit and miss ratio is pretty stupendous. Even the lesser films like Brave and Monsters University had tiny glimmers of promise. But as we receive the trailer for Lightyear, Pixar’s totally-not-forced spinoff of the Toy Story saga starring Chris Evans as the real Buzz Lightyear (as opposed to the toy, voiced by Tim Allen), we are forced to ask ourselves two questions: does anyone want this, and is there any chance of it being good?

Lightyear follows the real astronaut Buzz Lightyear (Evans) as he sets off to protect the galaxy and make a name for himself, eventually inspiring a popular toy line for a boy named Andy to fight over.

Look, there are certain pretty images in this trailer, but I won’t lie to you: this is the most soulless trailer I’ve ever seen, and the more you dig back the layers, the worse it gets. For one, how in God’s name does this make sense in the world of Toy Story? So Buzz was a real person? Does that mean Zurg was a real person? If so, why would we make toys out of him? And if this is all true, then what year does Toy Story take place?

Furthermore, this is even worse when you remember that Pixar has adamantly stated they don’t want to do any Toy Story “spin-offs.” The last time Disney tried to force them, it got outsourced to a crappy offshoot Disney bought for knockoffs and resulted in a TV show. And even that made sense: it established Buzz as a G.I. Joe style character with his own animated show based on the toy line. I’d like to praise the casting of Evans in the role (he seems like a beefy macho guy, and he certainly could play the real-life younger version of the character that inspired Allen’s interpretation). But even that seems like pointless Disney synergy.

I don’t know. Am I being too harsh? The Internet didn’t seem to think so; the trailer’s been lambasted for 24 hours since its launch. But what about you all? Any hopes that I’m just too cynical to see? Lightyear is due out on June 17th, 2022. You can watch the trailer below.