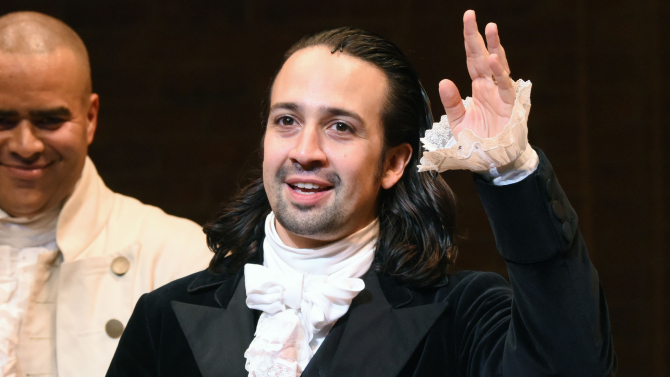 The one thing that the Walt Disney Corporation has always been excellent at is lining their pockets with the most talented Broadway composers around. They started with two often-ignored brothers by the names of Richard and Robert Sherman. When they retired in the 1980s, they replaced them with two underrated geniuses by the names of Howard Ashman and Alan Menken. When Ashman tragically died, they replaced him with Tim Rice, and when that went south they replaced him with Stephen Schwartz. Recently they’ve been working with the killer team of married couple Kristen and Robert Lopez (Robert earning his EGOT after joining Disney, having previously worked on the Not Safe For Children Avenue Q and Book of Mormon). Now it appears that they are expanding their roster even further, giving recent acquisition Lin Manuel-Miranda not only complete musical control of the upcoming Little Mermaid adaptation, but also naming him a producer and story developer.

Miranda has been on fire since he left his magnum opus Hamilton. Not only has he provided the songs and score of Disney’s newest musical Moana (presumably to get his PEGOT), but also being named as the lead male in Mary Poppins Returns, as Jack, the next generation’s Bert. However, considering Miranda has declared that The Little Mermaid is the film/project that inspired him to become a composer, I would have to assume that this is a project that excites him greatly.

For anyone excited about these live action Disney movies (like me), this is obviously a big deal. Sure, they struggled a little bit with Alice in Wonderland (which was average) and Maleficent (which was bad), but they found a groove with Cinderella, and made it better with The Jungle Book and Pete’s Dragon. With Beauty and the Beast already one of the most anticipated films of next year, it’s no surprise that they would jump on one of their most popular Disney movies for the next adaptation. And as long as they continue lining up strong-yet-untapped artists to make the leap, I’ll continue to be on board. Here’s hoping Lin decides to take on the role of Sebastian. Or wisely asks Tituss Burgess to reprise his Broadway performance. Now that would be something.