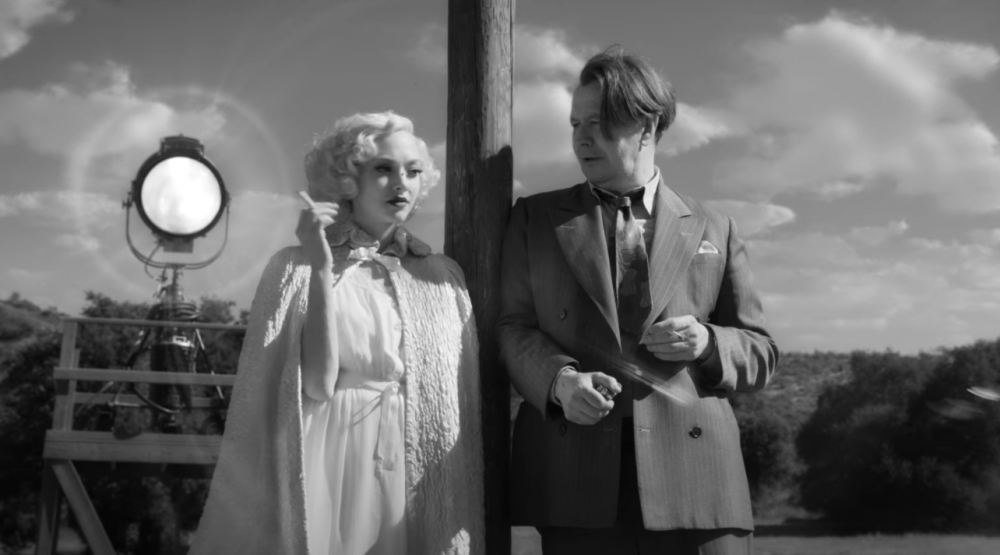 The nominations for the 93rd Academy Awards didn’t offer too much in terms of surprises, but at least we know where we stand: Mank leads the pack with ten nominations, Nomadland’s sitting pretty to win the whole damn thing, and for the first time in history, two women have been nominated for Best Director.

That’s right, despite David Fincher’s ode to Hollywood earning the most nominations, including Picture, Director, Actor, Supporting Actress, and Cinematography (among others), the big story of the day is the fact that after 93 years, the Academy has finally nominated more than one woman for Best Director – and bringing their entire total to a shameful seven. Those nominees are Chloé Zhao for Nomadland and Emerald Fennell for Promising Young Woman. Nomadland can now officially take its place as the Best Picture frontrunner, earning other nominations for Picture, Screenplay, Editing, Cinematography, and Actress for Frances McDormand. Promising Young Woman, meanwhile, earned nods for Best Picture, Best Director, Best Original Screenplay, Best Editing, and Best Actress for Carey Mulligan. Both films and their talented directors sit at the front of the pack for the time being – especially with Mank surprisingly missing key nominations in Best Original Screenplay and Best Editing, two nominations vital to winning the top prize.

The rest of the Best Picture race bore out mostly as expected. Sound of Metal played big, picking up its five expected nominations (Picture, Actor, Supporting Actor, Sound, and Editing), plus a not-too-surprising nod for Best Original Screenplay. Aaron Sorkin’s The Trial of the Chicago 7 was a massive tech player, earning nods for Picture, Supporting Actor for Sacha Baron Cohen, Editing, Original Screenplay, Cinematography, and Best Original Song (Sorkin did, however, miss out on an expected Best Director nod). Minari had a big day, scoring in Best Picture, Best Director, Best Actor for Steven Yeun (the first Korean-American nominee in the category), Best Supporting Actress for Youn Yuh-Jung, Best Original Screenplay, and Best Original Score. And in the only surprise nod, The Father managed to ride a wave of British support to a Best Picture nomination, alongside nominations for Best Adapted Screenplay, Best Production Design, Best Editing, and nods for Anthony Hopkins and Olivia Colman.

However, in a surprising, and slightly disappointing move, the only major snubs in the Best Picture race came at the expense of the Black-led contenders. Despite solidly leading the guild awards all season, both Ma Rainey’s Black Bottom and One Night In Miami… missed out on Best Picture (along with Da 5 Bloods and Soul, but they had both fallen off a bit). While both films received acclaim below the line (Ma Rainey earned five nominations for Costume Design, Makeup and Hairstyling, Production Design, and Actor and Actress for Chadwick Boseman and Viola Davis, while Miami earned nods for Adapted Screenplay, Original Song, and Best Supporting Actor for Leslie Odom Jr.), neither managed to earn enough first place ballots to make the Academy’s list of eight nominees.

Only one Black film managed to do so, and it happened to make history as the first all-Black produced film to be nominated for Best Picture. That film is Judas and the Black Messiah. Judas earned nominations for Best Picture, Best Original Screenplay, Best Original Song (for the artist H.E.R), and Best Cinematography. Its acting nominations, however, are where things get interesting. You see, to avoid splitting the vote between the film’s co-leads, the producers decided to campaign LaKeith Stanfield as lead and Daniel Kaluuya as Supporting. As the season went on, Kaluuya became the frontrunner while Stanfield’s hopes for a nomination waned. But something weird happened: the Academy is allowed to write-in votes if they think an actor is being campaigned in the wrong category. And so Stanfield ended up in Supporting Actor alongsideKaluuya…meaning that both of the film’s lead actors have been cast in the Supporting Actor category. Oops.

Other than the shocking Judas kerfuffle, the acting races played out mostly as expected. Both Actor and Actress went 5/5 with their predicted nominees, while Maria Bakalova will most likely win for Best Supporting Actress for Borat Subsequent Moviefilm (Borat also earned a nomination for Best Adapted Screenplay, where it was considered an underdog). The only actor to miss for Best Supporting Actor was Boseman, but I don’t think the late actor’s family will be too disappointed in that – he’s going to win Best Actor without fail. Both Screenplay categories also went off mostly as expected, with only Mank and Ma Rainey missing out. In fact, the only true “shock” in the above-the-line categories was Best Director, where Aaron Sorkin, Spike Lee, and Regina King all missed out on a nomination in favor of Thomas Vinterberg for the beloved International Feature contender Another Round. It’s not a complete shock – the Brits have already made it clear they love it, and it’s been a modest hit worldwide thanks to its perfect mixture of comedy and drama. But still, I considered it such a longshot I didn’t even have it listed as an option. Good for him!

While the technical categories were mostly straightforward, they were the home of a few interesting shakeups. Mank and Ma Rainey led the pack with nominations, while Soul performed delightfully well (Best Animated Feature, Best Original Score, and Best Sound). While News of the World failed to make a splash above-the-line (no Picture, no Supporting Actress, and no Screenplay), it did earn four nominations overall, for Score, Sound, Production Design, and Cinematography. Autumn de Wilde’s delightful Emma. earned nominations for its Costumes and Makeup, as did the surprising Roberto Benigni Pinocchio do-over. Disney’s live-action Mulan earned nods for its Costumes and Visual Effects. And two of the biggest surprises came in the form of a Da 5 Bloods nomination for Best Original Score (which I predicted and caved on at the last minute!) and the YA adventure film Love and Monsters in Best Visual Effects.

Of course, if you’re reading this write-up, you’re probably more interested in who got snubbed, as opposed to what went off without a hitch. Well, there were certainly more than a few of those to go around. Perhaps the most surprising snub was legendary director Pedro Almodóvar’s The Human Voice in Best Live Action Short. The Tilda Swinton-led project was expected to win the award, and yet it didn’t even earn a nomination. Similarly missing were La Llorona and Dear Comrades! in Best International Feature, although I don’t fault anyone for that – the International category this year was in top form; any of these films could have easily been nominated. However, the category I’m most disappointed in is Best Documentary. Not only did they snub the excellent Stacey Abrams documentary and the equally-strong Janelle Monáe song that accompanies it (come on, Liberal Hollywood! This was your big chance! All In actually earned those nominations!), but they completely ignored Dick Johnson Is Dead, the true best film of the year, in favor of that movie about the octopus. Sigh. I guess I can’t be too mad: the only category I was truly invested in was “Husavik” earning a nomination in Best Original Song, and my dream came true. Hopefully they can work “Ja Ja Ding Dong” into the Oscar ceremony.

So that’s where we’re at in the aftermath of the nominations. What does this mean right now? Well, it means that Nomadland is a pretty safe frontrunner for the time being (maybe the safest since Birdman or Twelve Years a Slave). It means that progress is being made in terms of gender parity within the organization (which is not to say this is some affirmative action-style decision: both Zhao and Fennell delivered some of the best direction of the year). And it means that the Academy’s really going to have to step up the ceremony to avoid the mundanity of a chalk year. We’ll know soon enough as the races begin to take shape. I’ll be back at the beginning of next month with my predictions for all 23 categories. The 93rd Academy Awards will be held on April 25th, and for the time being, will be going hostless. They will, however, likely be held in person, similar to last night’s Grammy Awards. You can see the full list of nominees below.