‘Me You Madness’ Review 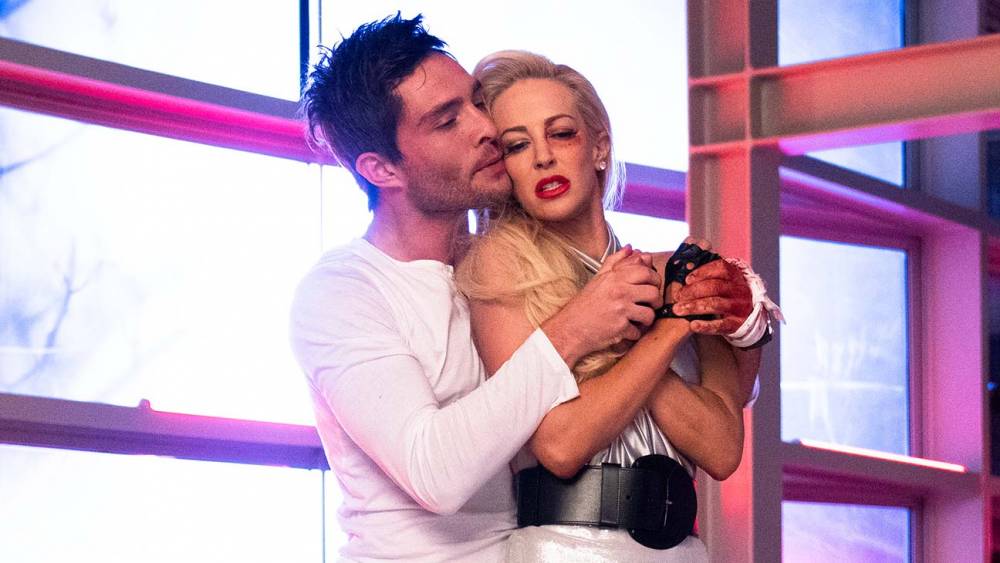 True so-bad-they’re-good movies cannot be forged or willed into being. They are usually birthed by an insane auteur, possessing few talents but way too much money, and are earnestly nurtured into a ridiculous existence. Such was the case with Tommy Wiseau’s The Room, a labor of love that completely went off the rails. And such is the case with Me You Madness, an alleged satire written, directed by, and starring Louise Linton, the failed actress-turned-third wife to former Secretary of the Treasury Steven Mnuchin – you know, the wife who used government funds to pay for her vacations and got her husband investigated by the Inspector General. Mnuchin, a former Hollywood producer, agreed to foot the bill on his wife’s passion project, sparing no expense, even though the only name actor who agreed to work with them was the guy from Gossip Girl who got #MeToo’ed a few years back. The ultimate product is one of the dumbest, funniest examples of opulent wealth backfiring on a filmmaker I’ve ever seen – and to be honest, I respect the effort.

Catherine (Linton) is the coolest woman on Earth. She’s a rich, successful #Girlboss, who is good at business, has impeccable fashion sense, and everyone wants to be her. She’s also the best at being a “bipolar psychopath” (her words), killing people up and down the California coastline. One day, a young con artist named Tyler (Ed Westwick) shows up at her doorstep, offering Catherine a chance for a fun cat-and-mouse game with the street-smart thief. But as Catherine begins taunting her mark, something unexpected happens: he falls in love with her. And maybe, just maybe…she loves him too.

Me You Madness is an incomprehensible, incompetent story from the top down, in every sense of the word. Linton’s dialogue is consistently juvenile. Business transactions are performed with the level of savvy know-how found in Vincent Adultman. 85% of the remaining dialogue is dedicated to describing how awesome Catherine is. Well, Catherine, Linton herself, they’re all intertwined. This results in the expression “magnum cum laude p*ssy,” which may be the most disturbing line I’ve ever heard uttered in the history of cinema. Perhaps this juvenility is why the lines are delivered so fast you can’t even comprehend them – the actors are trying to get out of this movie as fast as possible.

Of course, the dialogue is the least of this script’s issues. The actual story itself is an abomination by itself. Linton has mashed up a series of films, horror and otherwise, that she knows were successful, hoping that the bombardment of references and “homages” will distract the audience from the nonsensical story. It’s a hodgepodge of Legally Blonde, Friday the 13th, American Psycho, and beyond, thrown into a blender and written in conjunction by Tommy Wiseau and Christopher “I must be loyle (sic) to my capo” Moltisanti. The American Psychoangle is in and of itself an asinine description, as the film already reads as an attempt to capitalize on the #Girlboss movement without understanding that Patrick Bateman is clearly the bad guy. But don’t worry: Linton will not only quote Christian Bale’s character verbatim throughout the movie, she’ll make sure to point out she’s Doing An Homage while doing so.

Every two minutes offers an entirely new insanely bad decision, almost to the point that it begs the question, “Is this bad filmmaking, or is this satire?” And I hate to admit it, the worst the film gets, the better it becomes. Linton has no understanding of the fourth wall, constantly referencing other movies in the hopes that it will trick the audience into thinking she’s smart. It could be a good bit in a more talented director’s hands, but here it feels like a pandering attempt for laughs.

Some decisions involve terrible dialogue, like the inclusion of “Me You Madness” as an actual line in the film, or a moment where the actors are forced to stop the action, look directly into the camera, and declare this the best script they’ve ever read. Some decisions involve ridiculous acting choices – like Linton, whose Catherine is obsessed with spiders (specifically Black Widows, har har har), deciding to eat one live onscreen. Others involve insane visual choices – at one point, Linton lifts a 200-pound barbell over her head with one hand; later, in the middle of this 90-minute film, she just straight-up performs the entirety of a Footloose dance routine, for no f*cking reason.

And I haven’t even mentioned my favorite part: the hilariously unnecessary sound effects inserted into each frame. Every time Linton flips her hair, there’s an over-the-top “whoosh” sound effect. Somehow, this is the least insane sound choice. During a later scene – when she’s working out, no less – the film utilizes “boings,” bicycle horns, and clown car sound effects for no damn reason. It is bananas. All of this leads up to a climax that feels approximately 40 minutes long, because it repeats, ad nauseam, the exact same sequence of events no less than ten times: the couple (physically and violently) fights, they stop fighting to have a lover’s quarrel, suddenly change outfits, pick a new weapon, then start all over. If you haven’t started drinking by this point, it is here you will realize there’s an incredible drinking game you could be playing.

There are also moments that stand out that have nothing to do with the film itself, but with Linton as a human being. There’s a sequence where she looks at a fat man and throws up, which may be intended as a joke about Catherine’s judginess, but mostly reads as how Linton actually views overweight individuals. Several of her proclamations about her worldview involve rants about millennials, the group that’s been most smitten with mocking the writer/actress online. There’s a moment where, upon revealing that Catherine actually only kills “bad guys,” she lists her victims as “MS-13, pedophiles…and Republicans” while winking at the camera, as if to imply that a Democratic audience would go wild for this line.

The “joke” is immediately undercut when she reveals she kills them to save taxpayer dollars, adding “You’re welcome, California.” It’s a sure sign that Linton – the then-wife of the Secretary of the Treasury – has no idea how money works. Which leads to my favorite laugh-out-loud moment of the film, the ultimate “Let Them Eat Cake” declaration: when Catherine reveals that she owns James Bond’s actual car – the one used in the movie – for which she claims to have paid an exorbitant amount. Except the price she lists is the average price of a car in the year 2021. Glad to know we put our top minds on inflation up there in Washington.

Perhaps the film’s cheap aesthetic is owed to the fact that the budget of this film seems to have been spent primarily on the soundtrack, which includes “Jump In,” “New Order,” “I Think We’re Alone Now,” “Maniac,” and “I’m So Excited.” Looking at all the expensive choices made in this film, I’d be worried about how Linton and Mnuchin were able to bankroll the production – or worse yet, worried that they used taxpayer dollars to finance it. But don’t worry; these fears are put to rest within the first five minutes, when Linton fully inserts a Peloton ad into the action. Hooray.

In terms of the acting, I don’t know what you want me to tell you. This is Linton’s ego-trip, and we’re just along for the ride. She is the focus of every scene, each of which exists solely to solidify how awesome she is, as she saunters around doing a terrible British accent (I think? It’s either a Scottish attempt to do British or a Scottish attempt to do American, both of which fail) and to dance around despite possessing absolutely no rhythm. In fact, you’d be shocked if I told you how many dance sequences there are. The audacity of her terrible performance will dazzle you from start to finish.

As for Westwick, I have never seen Gossip Girl, and therefore cannot say with any certainty if he is a bad actor or if he has been so disheartened by recent events that he’s just desperate for work, but he is almost as equally bad as Linton. The only reason I give him slightly better marks is because his ridiculous dance scene – all while wearing a pink bathrobe – at least possesses some semblance of rhythm. That being said, in terms of hunky men dancing this year, I’ll take Barb and Star any day.

Me You Madness is a camp masterpiece; an exorbitant waste of money and resources for the sake of our bemusement. It is a film that leaves you guessing over each frame if the complete disaster you are witnessing is intentional or not, inevitably scrambling your brain like a cartoon character. This is the most egregious waste of money to buy someone a career since Pia Zadora, or Susan Alexander Kane’s opera career. Regardless, I loved every minute of it. As a film critic, I am morally obligated to give this film a bad review. But as a connoisseur of bad cinema, I cannot recommend it enough. I loved every minute of this ridiculously terrible travesty, and if you love The Room, The Garbage Pail Kids, Gigli, or Cats, then my God, run, don’t walk to see Me You Madness.

Me You Madness is now streaming on Peacock, and is available to rent on most VOD platforms. God knows it’s worth it