National Board Of Review Winners 2018 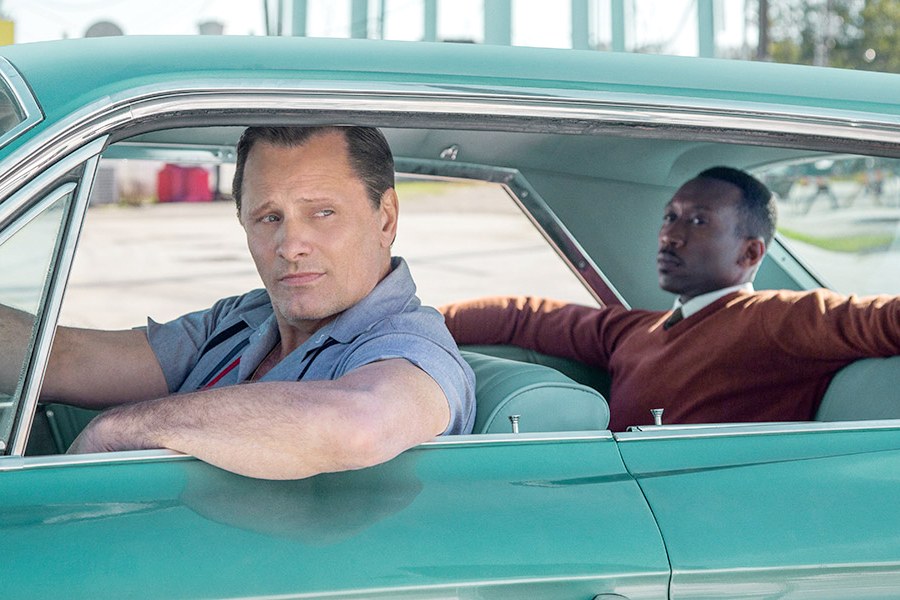 And just like that, we are now in the heat of awards season! Earlier today, the National Board of Review announced their picks for the best films and performances of 2018. Often seen as the first stepping stone in the Oscar race, the NBR’s pick for the Best Film of the Year has received a Best Picture nomination 68 out of 85 times – and 16 of those went on to win. So it bodes well for DreamWorks and Universal that Green Book was named the Best Film of 2018.

That’s right, Peter Farrelly’s warm-hearted dramedy about the relationship between a white Italian-American bouncer and an African-American classical pianist as the former chauffeurs the latter through the Deep South in the 1960s. While the film has been struggling at the box office the past few weeks, its awards chances have received an adrenaline shot thanks to its win in not only Best Film, but also Best Actor for Viggo Mortensen. Also faring unsurprisingly well is Bradley Cooper’s A Star Is Born. While the film did not win Best Picture, it did take home the most awards, including a spot on the Board’s Top Ten Films of the Year and individual citations for Cooper’s direction, Lady Gaga in Best Actress, and Sam Elliott in Best Supporting Actor. These nominations help all three in their respective categories as the box office juggernaut hopes to become the first outright crowd-pleaser to win Best Picture since Titanic. Other multiple winners were Barry Jenkins’ If Beale Street Could Talk, which won Best Adapted Screenplay, Best Supporting Actress for Regina King, and a spot on the Top Ten list, while Eighth Grade and First Reformed both earned wins on top of their Top Ten berths (Best Directorial Debut and Best Original Screenplay, respectively).

Beyond the five films listed above, the Top Ten was rounded out by The Ballad of Buster Scruggs (a surprise win for Netflix), Black Panther, Can You Ever Forgive Me?, Mary Poppins Returns (fresh off its hit premieres in both Los Angeles and New York), A Quiet Place (YESSSS!!!!!!!!!), and unsurprisingly Roma. The group also released lists for the best documentaries, the best foreign language films, and the best independent films, resulting in love for RBG, Three Identical Strangers, Death of Stalin, Leave No Trace, The Rider, Searching, Sorry To Bother You, You Were Never Really Here (yay!), The Old Man and the Gun (YAY!), and We the Animals. And now that we’ve looked at the films that received nominations and awards, it’s time to take a look at the films that weren’t. Now, there are two facts worth noting as you go over this list of films snubbed today. The first is that Adam McKay’s Vice, the Dick Cheney biopic that has been gaining acclaim and support in recent days, was ineligible for voting due to screenings airing after the cutoff date. It should be appearing on lists going forward. Meanwhile, the NBR has some sort of issue with Fox Searchlight, and they refuse to nominate the studio under any circumstance – heck, even Three Billboards and The Shape of Water got snubbed last year for this very reason. Therefore, The Favourite does not appear anywhere on this list either. Still, this doesn’t explain why major contenders Widows, The Front Runner, Mary Queen of Scots, Bohemian Rhapsody, and most of all First Man and BlacKkKlansman failed to make this list. Out of all the films listed above, those last two seem to be the most crucial. BlacKkKlansman has been waning in recent weeks for some indiscernible reason, and it has left its Oscar hopes in dire jeopardy. Meanwhile, First Man is still suffering the aftershock of its abysmal box office. Due to the NBR’s love for big budget studio fare, it should have been a slam dunk. Its snub here is detrimental to the film’s Oscar chances going forward. It needs to have a big Golden Globes ceremony next week if it wants to stay alive. It’s a shame, too – those two are amongst the best films 2018 had to offer.

The long and short of these awards is that Green Book, A Star Is Born, and If Beale Street Could Talk are major Oscar contenders. We should also keep our eyes on First Reformed and Eighth Grade, as they have massive support and could sneak into the Oscar race. And due to the fact that five to seven Top Ten contenders end up making the Oscar list come January, we should assume that Roma is safe, while Mary Poppins Returns, Can You Ever Forgive Me?, and Black Panther are looking to have a banner year. You can see the full list of NBR winners below.