Nicolas Cage Reads ‘The Tell-Tale Heart’ At CAGED 4-EVER 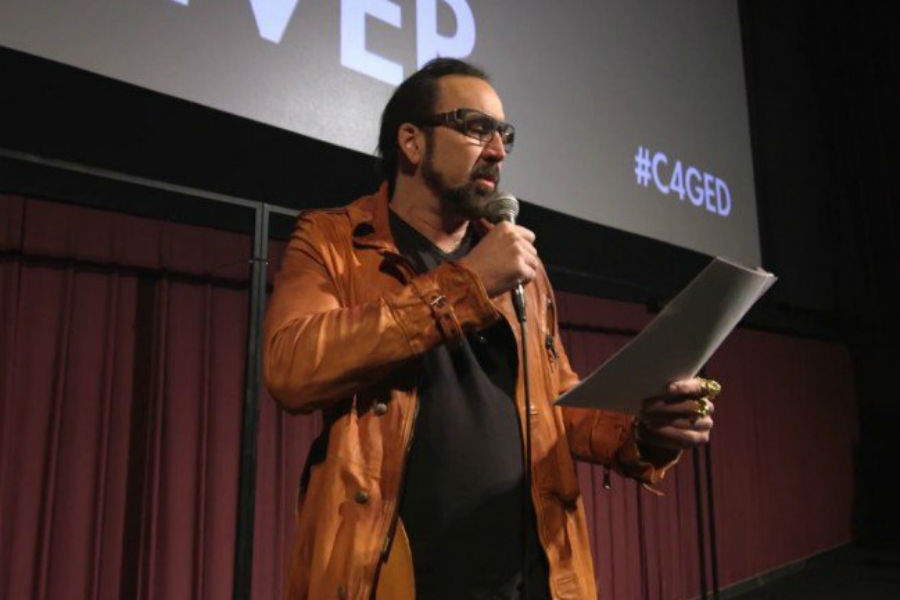 Today’s listicle, the Sacred Wall Awards, will be delayed a day or two in order to perfect it, as well as to give it some distance from the Top Ten Films of 2016 list. However, I didn’t want to leave you without an article for the day, so here’s a piece of fun news to keep you entertained.

Over the weekend, the Alamo Drafthouse Theatre held their annual Cagefest, a marathon dedicated to the greatest actor of all time, Nicolas Cage. This is their fourth year, appropriately dubbed “CAGED 4-EVER.” The twist this year, however, was that Cage himself got to pick the movies (he chose Bangkok Dangerous, Joe, Bringing Out the Dead, Army of One, and Lord of War), as well as appear to read his favorite poem: The Tell-Tale Heart. The video of this reading has been released to the public, and I thought I’d share this masterpiece with you all now.

It’s also worth mentioning that a couple got engaged at CAGED 4-EVER, and got to have the Cage-Man himself bless the union. What a gem. If I have any qualms, I would say they should have picked four films to fit into the theme of “4-Ever,” and if I got to pick the four, I would choose Leaving Las Vegas, Adaptation., Raising Arizona, and Face/Off, with Army of One on my shortlist, but that’s just me. We gotta let the Cage be Cage.