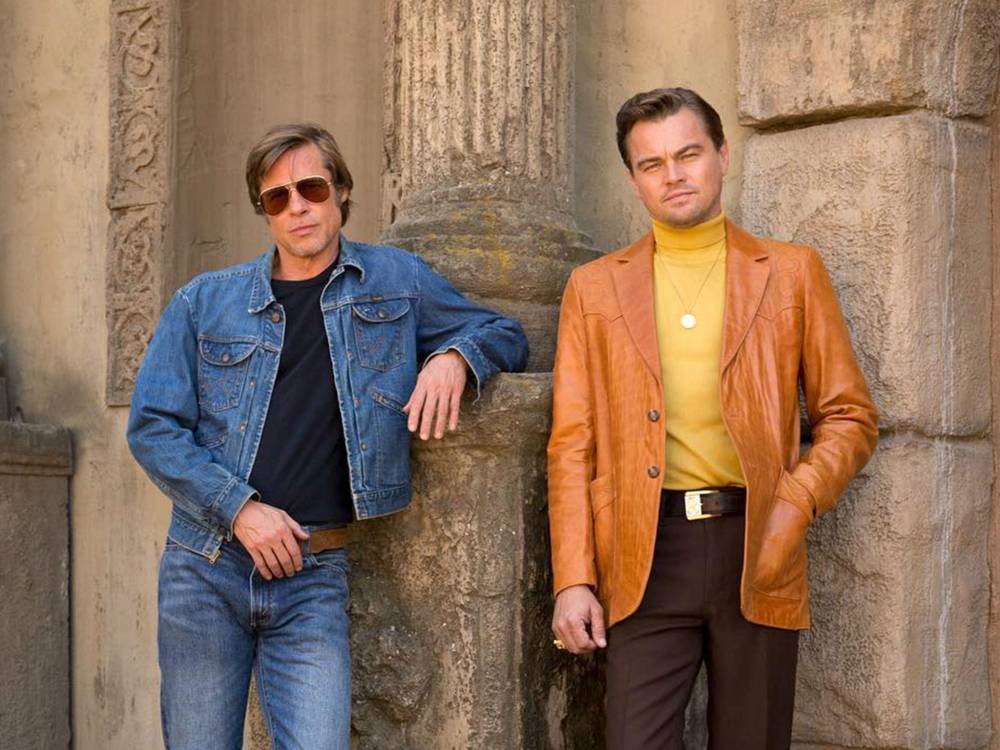 An unpredictable race just got even more unpredictable as the 77th Golden Globe Awards hid a wild night of film awards behind a litany of predictable television prizes.

The biggest news of the day is that the most awarded films were Once Upon A Time…In Hollywood and 1917, earning three and two awards, respectively. Quentin Tarantino’s historic comedy-epic won Best Motion Picture – Comedy, as well as Best Screenplay and Best Supporting Actor for Brad Pitt (whose speech was the delight fans of the 90s always dreamed it would be). Meanwhile, Sam Mendes’ World War I drama unexpectedly beat out The Irishman, Joker, and Marriage Story to take home Best Motion Picture – Drama. Mendes also won for Best Director, in an upset that surprised even him. The Drama race itself was fairly surprising, as Martin Scorsese’s The Irishman ended up shut out completely, winning zero awards despite its status as presumed frontrunner. Joker, meanwhile, tied 1917’s count with two awards, one for Best Score for Hildur Guõnadóttir (only the second woman to win this award) and one for Joaquin Phoenix for Best Actor. The most interesting thing about Phoenix, however, was not his win, but the drunken, unfiltered speech he gave afterwards. It was a speech that started by announcing that “We all know that awards are f*****g b******t,” before being played off when imploring the audience to not only talk about fighting climate change, but actually putting in the work by going vegan and cutting back. It was an impressive, ballsy speech that will likely lose him the Oscar. Marriage Story, meanwhile, won one award – for Laura Dern in Supporting Actress.

Outside of the biggest categories, the film categories were pretty much split between “predictable” and “jaw-dropping shock.” For example, most of us knew that Renée Zellweger would win Best Actress – Drama, and that Awkwafina would win Best Actress – Comedy. And we all knew that Parasite would not only win Best Foreign Language Film, but that Bong Joon Ho would give the best speech of the night – beginning by having his translator state that “If you can get over the one-inch text at the bottom of the screen, you will be introduced to so many great new films,” Joon Ho declared in his own voice that “We are all fluent in one great language: cinema.” But some of the film categories truly shocked those of us closely watching the race. Presumably due to Disney splitting the vote three ways, Missing Link pulled off a win in Best Animated Feature so surprising, the producers stumbled on stage in a daze. And in an Oscar-shifting win, Taron Egerton beat out Eddie Murphy and Leonardo DiCaprio for Best Actor – Comedy. Not only did Egerton win, but he proceeded to give a charming, charismatic speech that got the room cheering. Now, I’m not saying Egerton is going to be nominated, or even win for his performance in Rocketman. I’m just saying that when a young, charismatic up-and-comer plays a real-life person, shakes everyone’s hand in town, and gives charismatic speeches, they tend to, shall we say, do well in coming races. It happened for Eddie Redmayne, it happened for Rami Malek, and I’m starting to suspect it could happen for Egerton.

On the TV side of things, almost every category went exactly the way you’d expect. Fleabag won for Best Comedy Series and Best Actress – Comedy Series for creator Phoebe Waller-Bridge, who proceeded to give the charming, funny speeches we’ve come to expect. Olivia Colman won for The Crown and repeated her Oscars charm, while Chernobyl and supporting actor Stellan Skarsgård earned Globes in their separate categories. Michelle Williams won yet another deserved award for her performance as Gwen Verdon on Fosse/Verdon. And Succession became the most deserving winner of the night by taking home Best Drama Series. Even some of the “surprise” wins weren’t that surprising; Brian Cox was an expected frontrunner in Best Actor – Drama Series, and Ramy Youssef was an emerging dark horse from the jump, with many pundits successfully calling his win here. What they didn’t anticipate was his starting the night off with one of the most charming speeches, filled with empathy, excitement and humor. In fact, there were only two real surprises in the television categories: Russell Crowe’s win in Best Actor – Limited Series for his performance in The Loudest Voice (he was unable to attend due to his home being threatened by the Australian fires, a focal point of the speeches last night), and new Globes favorite Patricia Arquette winning for Best Supporting Actress over Helena Bonham Carter and Meryl Streep.

As for the show itself, its two highlights were unsurprisingly the speeches by its Lifetime Achievement Award recipients. Ellen DeGeneres received a terrific tee-up by presenter Kate McKinnon (who got her start doing an Ellen impression), and then proceeded to dazzle with an empathetic, funny speech. Meanwhile, Tom Hanks broke down during a charming, warm speech that should help put him over the edge in the upcoming Oscar race. Oh, and I suppose we should talk about the host. It should come as a surprise to no one that Ricky Gervais would set out to say some inappropriate things. It’s what got him on the map, after all – letting him say inappropriate things at four other shows. But here’s the thing about those last four shows: there were at least jokes at the center of it all. There was no humor here. It was all mean-spirited jabs that got him booed and groaned offstage time and time again. And I don’t mind mean-spirited jabs – Tina and Amy used to make jokes about the room having failed during the C*sby and W*instein scandals. But it’s one thing to make jokes about the elephant in the room, and another to point at specific celebrities and say “You specifically are a p***phile, haha aren’t I funny?” It says a lot that none of the trained comedians in the room laughed during his act, and veteran nice guys Tom Hanks and Jonathan Pryce looked ready to fight him. And I haven’t mentioned that he also stopped the monologue to do an extended pitch for his pretty bad Netflix series (I’m talking minutes). This would have killed his career if the ratings wouldn’t indicate that people want to see this sort of shtick. When it comes to politically incorrect, boundary pushing humor, I’ll stick with Sacha Baron Cohen, whose Mark Zuckerberg joke at least served a purpose, was funny, and had an air of class to its classlessness.

Of course, I’m going to have to address the elephant in the room. Once again, Lena Smith has beaten me at the Golden Globes, this time winning 13-12. This is especially infuriating because had I gone with my original pick of Laura Dern and not changed at the last second, I would have tied her. It’s a shame, really. Lena has now surpassed me in the Globes race and taken a two-year lead, which I can hopefully crush in the coming years. So where are we at in the race now? It seems that Hollywood and 1917 are your Oscar frontrunners. Pitt and Dern seem like locks, and Zellweger is a pretty solid bet. And perhaps most exciting of all, we have Taron vs. Joaquin in a potential Best Actor race. It’s all getting very exciting, and I will have a final update for my Oscar predictions later this week, after the PGA, DGA, and BAFTA nominations over the next two days. You can see the full list of winners below.