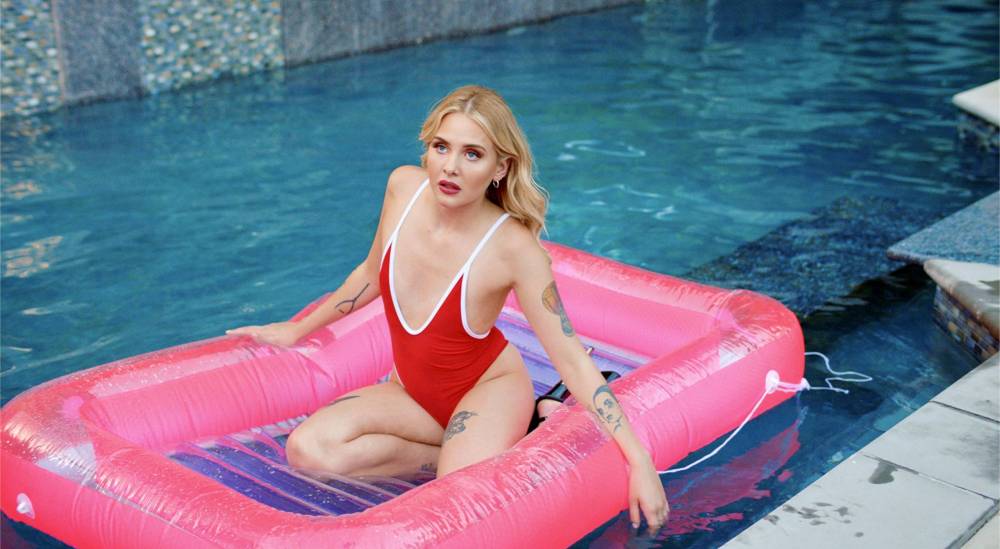 We live in a strange age in our relationship to art. While pushback on sex scenes is at an all-time high, historically, there’s less sex on camera than there’s been since the 1950s. This paradox is one of many reasons Ninja Thyberg’s Pleasure stands out amongst the summer crop. The film offers a classic rise-and-fall showbiz tale in the guise of a demystified pornography industry. And thanks to some stellar filmmaking and tremendous acting, the film is a strong, smart entry regardless of how you feel about sex, pornography, or filmmaking itself.

One of Pleasure’s best aspects, thematically and visually, is its demystification of sex work. It takes a world so often seen as glamorous (hot people f*cking, everywhere and anywhere!) or seedy (gross men manipulating and abusing naïve young girls for their demonic whims) and portrays it with a sterilized mundanity. Sex is about 10% of the job – most of it involves signing contracts, hiring agents, picking directors, brushing your teeth, playing games on your phone in between shots, and beyond.

And by the time you get to the sex, there’s so much technical sh*t going into it, it’s barely any fun. “Ok, in order to get this shot right, put your leg here, lower his pants by a half-inch, put this finger there…” and so on. It’s a side of the industry we never get to see, avoiding all the pratfalls of this subgenre thanks to Thyberg’s writing, direction, and the gorgeous, gorgeous cinematography.

Yet while the film is not setting out to demonize pornography or sex work, it does paint a fairly strong downside – and it is here that the obvious message seems to lie. In any industry, whether you’re working in a hospital, an agency, as a salesman, or in film (obviously the most direct parallel), when the system is run by people who don’t have a full picture, and teach the wrong lessons to the newcomers, things begin to fall apart.

It’s clear from the jump that Bella’s first piece of advice – not to trust the backstabbing other girls, as told to her by a man – isn’t the best lesson. But it goes well beyond that: because of this advice, Bella pushes herself to stab her housemates in the back first – a striking act, as the other actresses do nothing but love and support her from the jump.

Lack of experience by those at the top plays a stronger role as the film goes on, as Thyberg’s most poignant message involves juxtaposing those who care about their employees vs. those that don’t. Pleasure follows Bella’s journey through a series of shoots with directors of various talents and experience, with each highlighting why training and respect are so important. When Bella works with a female director who takes breaks for mental health and consistently confers with her performers, things move smoothly and expertly.

Compare this to a later shoot, where Bella works with a bunch of DIY punks who see her as an employee who needs to shut up and do her job. The commentary on the treatment of employees is evident, and all the more harrowing thanks to the director’s decision to co-opt a first-person POV for pivotal moments. When Bella is at her highest, we see things through her eyes. But when the film takes a turn with a dangerous amateur shoot, we once again see things from her perspective, filled with terror and trauma.

Pleasure is a masterful exercise in the type of bold independent cinema that just isn’t made anymore. This is not a film for everyone – it doesn’t shy away from anything. Yet if you’re looking to be challenged in an entertaining way, and to reflect on your own feelings towards not only sex work in general, but all of the modern working world, then give Pleasure a go. At the very least, make sure you’re ready to watch whatever Thyberg and Kappel do next.