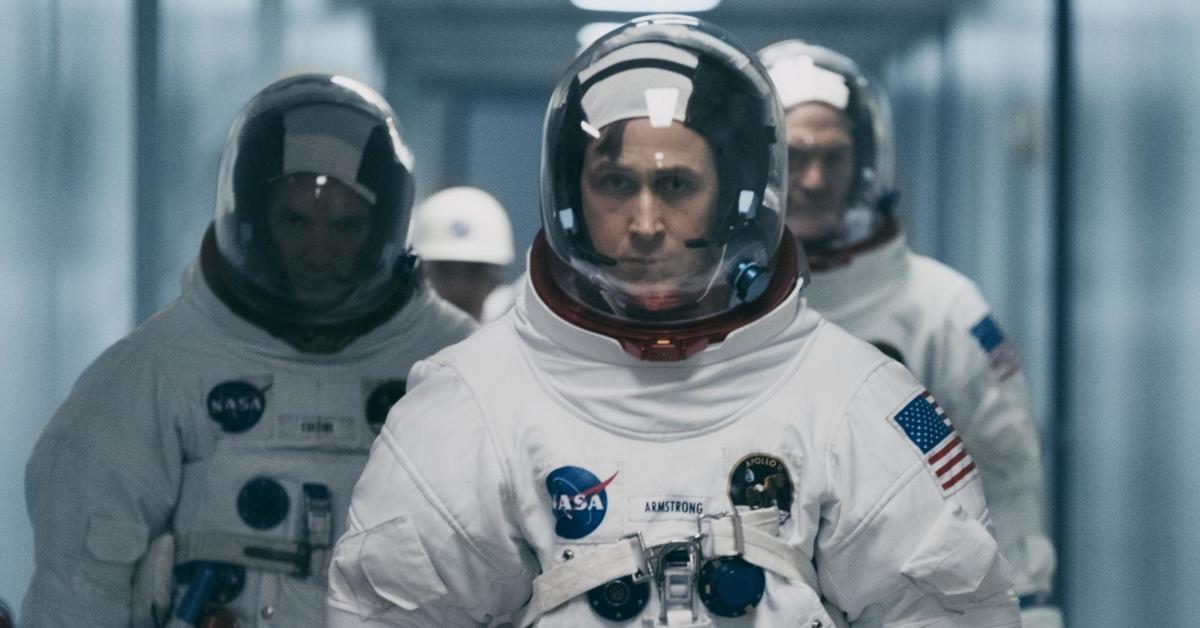 With the Toronto International Film Festival wrapped up, officially closing the fall festival season, it’s time to take a quick look back on my previous Oscar predictions and give them a nice polishing. What films have been bolstered, what films have sunk, and what is our temporary “frontrunner” until the awards come along and shake things up?

Let’s start by dealing with our original #1 pick: A Star Is Born. A Star Is Born has pretty much topped every list I’ve released up to this point – Best Picture and Best Actress were #1, while Bradley Cooper was #2 and #3 on the Best Director/Best Actor chart. After early reviews, I remain convinced the crowd pleaser will earn a plethora of nominations, more of which will be coming in as I complete these lists. However, there are a few changes in its placement. The film, as well as its direction, have dropped ever so slightly. It is now #2 on my list of Best Picture nominees, while Cooper’s direction has taken up root as the #4 in the very competitive Best Director race (more on that in a minute). However, it’s not all bad news for the fourth go-round of the classic film. Thanks to the eternal praise for their performances, Lady Gaga remains #1 on the Best Actress predictions and, after a series of phenomenal reviews surrounding his performance, Cooper moves up to the #1 position. It just makes sense; the Academy loves him, having nominated him three years in a row, and Cooper gets to play the trifecta – tragic romantic lead, alcoholic, and does his own singing.

So if A Star Is Born is no longer the flat-out frontrunner, what is? Well, there’s no film out there right now with as much going for it as First Man. It’s a pretty straight-down-the-middle story that everyone can love (despite attempts to whip up controversy where it doesn’t belong), an emotional core that can tear people up, and it will be well-liked across every branch thanks to its impeccable filmmaking – the actors, writers, directors, sound, cinematography, editing, and visual effects branches will all love it. And if there’s one thing we’ve learned from last year, it’s that if you can do everything really well, it doesn’t matter how many people don’t like your film. It will win on the backs of its likability. So you can expect First Man and Damien Chazelle to become your frontrunners, while Ryan Gosling, who has received the worst reviews of the film (which is to say, still very good), has dropped a respectable one place down to #2. Of course, the Best Picture frontrunner race doesn’t end here. While nine films usually end up nominated, the frontrunner tier usually consists of four to five films that remain in conversation until something concrete emerges in November. Outside of First Man and A Star Is Born, I’d say there are two films that have a real shot at Oscar success. The first is The Favourite, Yorgos Lanthimos’ go-for-broke period satire. While time will tell if the Academy is capable of understanding Lanthimos’ insanity, it is impossible to ignore the fervor with which voters and fans are embracing this movie; and like First Man, it has the potential to build up a base within the branches – it has costumes, acting, writing, and cinematography on its side, to be sure. I would say the film and Lanthimos are both solid contenders in their respective races, and unless the film chooses to run Emma Stone as a lead instead, I would say it is quite likely that Olivia Colman earns herself an Oscar nomination for playing Queen Anne. And then there’s Roma. It’s hard to determine what to do with Roma; it is far and away the biggest success of the year, earning awards at both Venice AND Telluride – a challenging feat. On paper, its nomination for Best Picture and Director should be a slam dunk, and perhaps even a win. However, there’s a lot working against Alfonso Cuarón’s so-called masterpiece. No Netflix film has ever legitimately competed for Best Picture – hell, you could say that no Netflix film has ever legitimately competed for any major category, considering Mudbound was seen as more of a slot-filler. And what’s more, Roma is a black-and-white foreign language film. That’s going to require a lot of patience for Academy voters who just want to throw on a quick and easy screener at 9:00 PM. Still, despite all of these reasons not to predict Roma at the moment, it would be even stupider to ignore its momentum. Therefore, you can pencil in Roma for a spot in both Best Picture (#4) and Best Director (#3).

If you’re keeping track at home, I’m sure you’ve noticed by now that Best Director has given up four of its spots. That is because this year’s Best Director race is one of the most challenging yet. While you can easily cut the list down to ten, and perhaps even eight, major contenders, at the end of the day, it becomes almost impossible to get to five. And as for the last two directors competing for that final spot, we have two men whose films may contain similar themes, but ultimately couldn’t be more different. I’m talking, of course, about Spike Lee for the electrifying, crowd pleasing BlacKkKlansman and Barry Jenkins for the lyrical, moving If Beale Street Could Talk. When I last presented my predictions to you, I had Lee within striking distance of the #1 spot for Best Director. If I had my way, he would be first. However, based on Jenkins’ hot streak, the more touching undercurrent of Beale Street (it’s about the power of love, as opposed to Klansman’s portrayal of battling hate), and the likelihood that only one African-American director will make the cut, I think Jenkins has the edge for a second nomination, even more so than Lee getting his first. As for Best Picture, however, I’d still say Klansman is sitting at #5, while Beale Street hangs on at #7 and Kiki Layne hangs in at #5.

And then there’s the season’s biggest question mark: Adam McKay’s Dick Cheney biopic, formerly known as Backseat, and has recently been titled Vice. No unseen film in the race is as mysterious: not Mary Queen of Scots, not On the Basis of Sex, and not even Ad Astra. The only reason it’s even still on our radars is because the test screenings have been enthusiastically positive. Therefore, I refuse to cut it from either Best Picture or Best Actor. However, in order to temper expectations, Phantom Thread/Selma style, I am dropping them down, with the film coming in at #6 and Christian Bale coming in at #3. It finds fierce competition for the slot with Beale Street and the Toronto People’s Choice Green Book. Now, there’s a lot of different ways that Green Book can fail. The Academy could frown upon a comedic director making a dramedy. The new Academy could find distaste with a Driving Miss Daisy blood brother. It could get fully trashed to a degree that even Three Billboards didn’t receive. But at the moment, I’d say that Green Book feels like a pretty safe bet for a nomination, and that Viggo Mortensen will likely earn himself a Best Actor nomination (I’ll talk more about Mahershala Ali on my Best Supporting Actor list).

So that leaves one final spot for Best Picture. And based on the sheer force of critical and commercial goodwill the film has earned, I believe that this final spot will go to Can You Ever Forgive Me? That’s right, the Melissa McCarthy vehicle has skyrocketed 14 spots to enter the Top 9. I’ve heard far too many good things about the film from a variety of people not to expect the New York voters to eat it up. It’s got a very Quiz Show/Big Short/Moneyball vibe to it that will make it irresistible to the academy. And if the film is really going to make a dent in the race, then that means Marielle Heller must be taken seriously in the Best Director race, moving her up #15 to #12, and into the second tier of directors. However, more importantly, it means we have to move Melissa McCarthy up into the Top Five for Best Actress – a move that, sadly, kicks out my beloved Carey Mulligan for the time being. Still, I think this is an exciting Best Picture prospect, and I can’t wait to see how it plays out through the rest of the season.

Now, with so many films moving up in the race, that means a few films have to move down. After receiving mixed reviews out of Toronto, with the focus remaining on Timothée Chalamet, I had no choice but to move Beautiful Boy and Steve Carell out of Best Picture and Best Actor, respectively. Meanwhile, while The Sisters Brothers has become one of the most acclaimed films of the year, it seems that it is heading the way of most critical darlings and missing the Oscar race, at least for Best Picture. And due to its lack of support outside of the AFI Festival this November, Mary Queen of Scots is dropping from Best Picture until proven otherwise. Saoirse Ronan, however, will remain in the Best Actress race for the time being. Of course, just because these films have dropped for now doesn’t mean they are out altogether. They are still sitting pretty in the Second Tier of Contenders, alongside Jason Reitman’s The Front Runner, Steve McQueen’s Widows, and of course Ryan Coogler’s Black Panther.

That wraps up where we stand as of October. I will have more updates going forward, and I should be unveiling my full predictions pretty soon. In the meantime, you can see all of my current predictions right here, and you can find a full breakdown of each category by clicking on the link in the names. See you all soon, and remember: Oscar season never sleeps.

Tags: 91st Academy Awards, A Star Is Born, BlacKkKlansman, Can You Ever Forgive Me?, First Man, Green Book, If Beale Street Could Talk, Oscars, Predictions, Roma, The Favourite, Vice