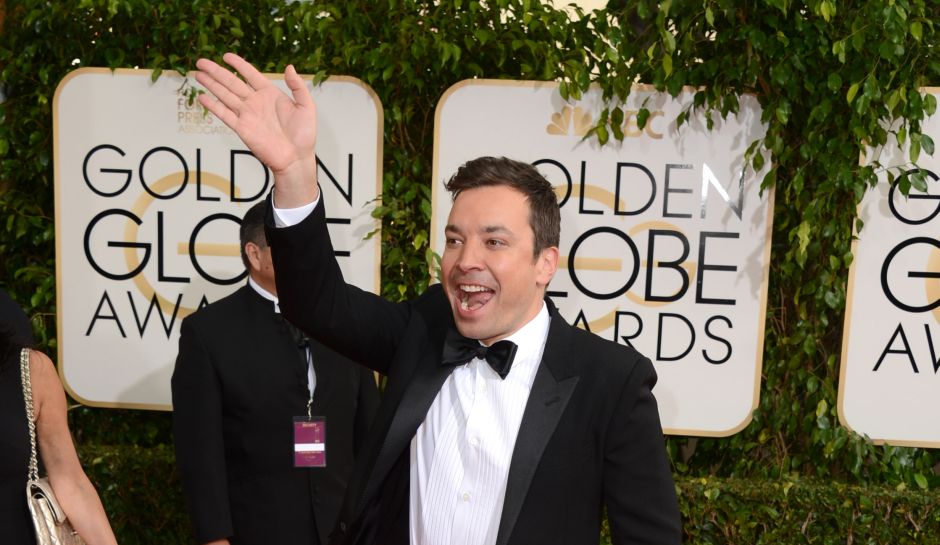 Tomorrow morning, the HFPA will be announcing their nominees for the 74th Golden Globes. For those unaware, the Hollywood Foreign Press Association is the second largest awards show of the season, known for nominating big stars in the hopes they’ll get the chance to drink with famous celebrities under the pretense of awarding the “best of the year.” As you can tell, I’m kind of cynical about it, but I do really love the show. Everyone seems like they’re having a good time, and it’s a decent indicator at what’s going to be big at the Oscars. So I thought I’d offer up a brief list of predictions, just to see how I do.

Let’s start with movies, shall we? The Globes divide the major categories up into two fields: Drama and Musical/Comedy. Musical/Comedy is any film that has singing or a laugh somewhere in it (see previous winners Ray and The Martian). Drama is literally everything else. It’s been a long time since the eventual Best Picture winner wasn’t nominated in at least one of these fields. So, let’s start with Drama. Due to their frontrunner status, Manchester by the Sea and Moonlight are locks, and I’d say you can expect Casey Affleck to appear in Best Actor-Drama for the former. Things become more difficult after that. Due to their love of Scorsese, I’d say you can expect a nomination for Silence, as well as a nomination for Andrew Garfield (he’ll be in for either this or Hacksaw Ridge). Arrival also feels likely due to its commercial success (aka $$$$$). So that leaves a fifth spot. It’s obviously going to go to a celebrity film, but that means we have to pick between Hacksaw Ridge and Fences. I’m going to go with the latter, because Denzel Washington is the bigger star, but don’t be surprised if Mel Gibson sneaks into the directing category over Denis Villeneuve or Kenneth Lonergan. As for the acting branches, expect the Actors in a Drama to be your eventual nominees, plus one or two extras who will be replaced once Gosling gets into the mix. So this would mean Washington, Affleck and Garfield are safe. Joel Edgerton has been on the fence waiting to be nominated by someone big all year, and I think this will be the perfect opportunity. Meanwhile, the Globes love a big name, and you can’t get bigger than Tom Hanks. So expect Sully himself to receive a nomination for Best Actor. As for Best Actress, two different frontrunners are from a Musical or Comedy, so this field opens right up for the many talented actresses vying for a spot. Natalie Portman and Ruth Negga are, of course, safe. And I would also assume that if Arrival gets a nomination, it’s a safe bet that Amy Adams will too. This leaves two slots. Many are predicting Isabelle Huppert, who is sweeping the critics branches, to receive a nomination. However, I’m not convinced that there’s enough evidence that the Globes will actually nominated someone foreign (despite being the Hollywood Foreign Press…), so I have her sitting at number six right now. Expect Jessica Chastain and Taraji P. Henson to finally rack up a nomination here, and perhaps earn their only nod of the season.

As for Musical/Comedy, make no mistake: La La Land is going to dominate. Expect Best Picture, Actor, Actress, Director, Score, Song and Screenplay nominations, at the very least. I’d also say that Florence Foster Jenkins is likely-it’s a simple comedy with a bunch of likable people. Expect that to earn nominations for both Meryl Streep and Hugh Grant (who are charming in it, by the way). 20th Century Women will get a boost thanks to Annette Bening being a Best Actress Frontrunner. That leaves two blank spots to be filled by four films. I think we can rule out Rules Don’t Apply-unless the HFPA is feeling nostalgic for Warren Beatty, the film is a write-off. And despite being one of the best of the year and a laugh-out-loud comedy, I have trouble seeing Deadpool actually receiving a nomination for Best Comedy. This leaves two films to fill the final five: Sing Street, the Weinstein Company’s charming musical-dramedy that could fill this year’s Pride/Salmon Fishing in the Yemen slot, and Hail Caesar!, a comedy from the beginning of the year with star power an incredible talent in front of and behind the camera. In Best Actor in a Comedy, I would expect Gosling’s Nice Guys co-star to benefit from the La La Land nomination by scoring one of his own. I would also expect Don Cheadle’s turn as Miles Davis to earn a nod, despite the film being neither a musical or a comedy. And that final slot will most likely go to Hollywood royalty Warren Beatty. Could Ryan Reynolds sneak in there? Sure, but I don’t see it happening. As for the actresses, the fourth spot will most certainly be Kate Beckinsale’s witty turn in Love and Friendship. That leaves one spot open. I think that spot will go to the funny, fresh, and incredibly talented Hailee Steinfeld for her dazzling work in The Edge of Seventeen. I think she’ll be nominated the same way Stone was for Easy A.

As for the rest, the Supporting categories will play out predictably, with mostly big name actors receiving nominations for a variety of roles. The only surprises will be Janelle Monáe and Kevin Costner, both for Hidden Figures. Best Director will feature the frontrunners-Barry Jenkins and Damien Chazelle-as well as the celebrities-Martin Scorsese, Gibson, and Washington. The most important award for nominations will be Best Screenplay, which often shows which scripts are well-regarded in the industry, and can cement your status with the Academy. Look at Her upsetting in 2013 as a sign. I would say La La Land, Manchester by the Sea and Moonlight are locks at this point. Fences was written by the late playwright August Wilson, who adapted his own work, so that should earn a nomination. And then there’s the final slot. There are many great screenplays this year, but if I had to pick just one, it would be Arrival. Not only is it getting a nomination for Best Drama, it’s also a very script-heavy work. If that screenplay bombs, the movie bombs. I think Eric Heissner will be rewarded for that movie’s success, and could very well win. Expect that to be the film to round out the category. The Animation branch will be studio driven, as it always is, so expect Disney to land three nominations, Kubo to land one, and a fifth for Sausage Party, just because they’ll hope that Rogen and company will show up to party with them. Speaking of Sausage Party, let’s talk about music. Obviously Disney and La La Land will make appearances here, that’s a given. Then we have the celebrity songs (think of Taylor Swift getting nominated for The Hunger Games), so “Can’t Stop the Feeling” and “Faith” are in (for Timberlake and Wonder, respectively). That leaves one last spot. It has very little chance at the Oscars, but due to the universal love for Alan Menken, I predict the fifth spot for Best Original Song will go to “The Great Beyond” from Sausage Party. If that happens, you won’t hear any complaints from me. As for Original Score, the HFPA is actually the most artsy of all awards shows. They were the only group to give a win to All Is Lost in 2013, let alone nominate it. I think that gives Jackie, Arrival, and Silence a shot at a nomination, alongside the more obvious BFG or La La Land. And finally, we have Foreign Language Film. This is actually a better branch than the Academy’s-they don’t have all sorts of stupid rules that keep the best of world cinema from competing. They actually allowed Blue is the Warmest Color to compete in 2013. I believe this means they will allow the two best foreign films of the year to compete, despite their ineligibility at the Oscars: Aquarius and The Handmaiden. After that, the spots will be filled by the three most obvious titles: The Salesman, Elle, and eventual winner Toni Erdmann. Phew. Now that we’ve gotten movies out of the way, let’s take a brief look at television.

The television branch is always fickle. This is where I’ve lost prediction games in the past. You see, the Globes pick three shows they will always like, a couple shows from the previous year that they want to stand behind, and then a whole lotta new shows, just for fun. So this makes predicting their branch difficult. You can see my full list of predictions below, but I’ll do my best to explain my logic a little bit. First, the shows they like. No matter what, the Globes will reward Mr. Robot, Game of Thrones, Transparent, and Veep. Expect multiple appearances for these shows. Now the newbies. The Globes like to mix in shows nobody’s heard of on HBO with network shows with big stars. This gives an edge to This Is Us, Divorce, Westworld, Stranger Things (although people have heard of this one), and Kiefer Sutherland for Designated Survivor. They will also nominated Gina Rodriguez and Rachel Bloom to show that they stand by previous picks, even if they don’t give them another Globe (I can’t tell you how happy I was when Bloom won this last year). And finally, the unspoken workhorse: yes, The People vs. O.J. Simpson will be nominated for, and probably win, all the Golden Globes for television. There’s no stopping their utter dominance. They are Khaleesi coming to Westeros (which is what’s going to win Best Drama Series, if you want to place bets). These are done deals, even if some of my other picks are not.

So that’s your walkthrough of Golden Globe predictions. We’ll find out tomorrow if any of these pan out. I hope you’re all ready for the best open bar in town.

Best Leading Actor in a Comedy or Musical

Best Leading Actress in a Comedy or Musical

Best Actor in a Musical or Comedy Series

Best Actress in a Musical or Comedy Series