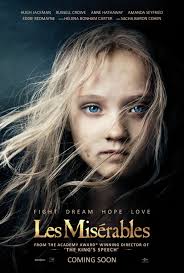 Ahh, 2012. A simpler time. The first time I decided to keep a running list of the films I saw in the year. And the first year I gave out the Last Forever More prize. And for my first year, I was gifted one of the most eclectic collections in recent memory. Honestly, I’m not sure of any of my positions here, but I can tell you what I liked and what I didn’t. I’d say it was a pretty weak list of animated films, with only Wreck-It Ralph standing the test of time. And I even walked out of a film for what may be the first time ever. Sadly, that film was The Hobbit: An Unexpected Journey. That film was terrible. If I could, I would go back in time and make a whole bunch of changes, starting with my #1. Now I’ll go to my grave defending Les Misérables. I think it is a fine movie. But it isn’t my #1 for that year. I would go with Skyfall, The Perks of Being a Wallflower or the most likely contender, the phenomenal Silver Linings Playbook. I would move The Avengers above The Dark Knight Rises, because I realize now it is the stronger film from a story aspect, but I was thinking style over substance. However, I stand by my first list ever, even if I had to break up a few ties (ties are for the weak), and I am proud of myself for starting this. Oh, and I’ll go to my grave defending The Twilight Saga: Breaking Dawn-Part 2. It’s better than The Hobbit, at least.

* denotes a tie for second-place