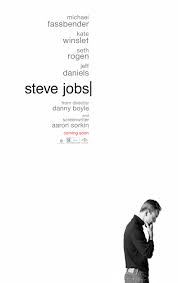 What a great year 2015 was. As early as May, we had films of such range as Ex Machina, What We Do In The Shadows, The Voices, Pitch Perfect 2, and two Top Ten Contenders in It Follows and Mad Max: Fury Road. We got great films from every genre, ranging from comedy, action, horror, satire, sports, western, indie and straight drama, and for the second year in a row, the list was topped by an artsy, revolutionary biopic anchored by a fantastic lead performance, Steve Jobs. Even the documentaries were great, from the entertaining Best of Enemies and Drunk Stoned Brilliant Dead to the sobering The Look of Silence and The Hunting Ground. Meanwhile, the five worst films of the year, by far, were Tomorrowland, Fifty Shades of Grey, the godawful Fantastic Four, the abysmal The Gallows, and the shockingly bad The Cobbler (which is especially odd because the director of this nightmare also made the #9 best film of the year Spotlight). I even had to bring back my Last Forever More prize for something so atrocious it didn’t even deserve to be ranked. That honor went to Lava, the short in front of Inside Out. God, it was heinous. It’s too early to be rethinking any of these choices, but if there were any films I was mad I couldn’t manage to work into my Top Ten, I would say What We Do In The Shadows, The Revenant, H8ful Eight, Anomalisa and The Big Short all had a potential shot. At any rate, it was a fantastic year, and I could recommend anything in that first 37 at a moment’s notice.

* denotes a three-way tie for tenth-place