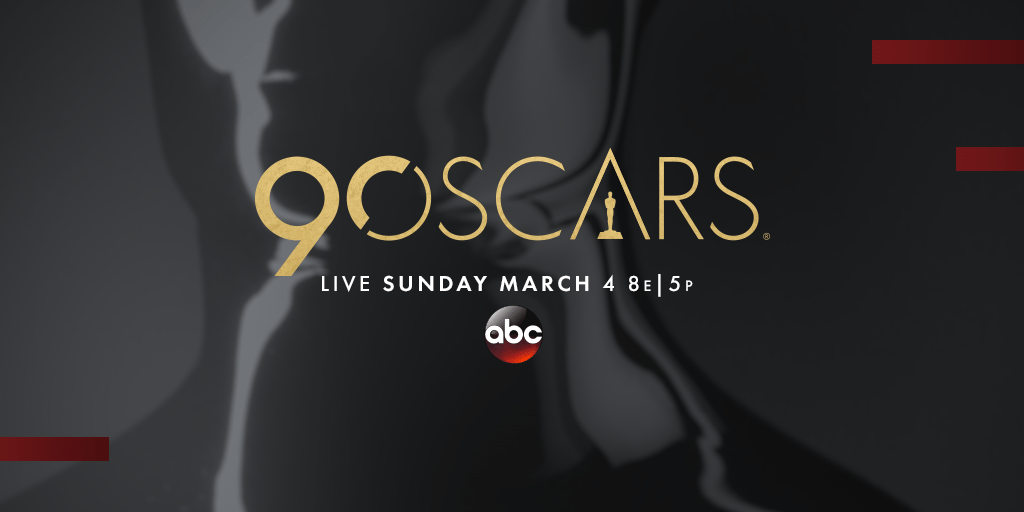 The short films are the red-headed bastard child of the Academy Awards to many people. They are incredibly difficult to see, the people who vote for them are a complete mystery, and the final results are pretty much chance, meaning they are destined to destroy your Oscar predictions. However, this year, I have seen all fifteen of the excellent short films (animated, live action, and documentary), and to help you make YOUR predictions, I thought I would break them down and offer up my predictions below. So please enjoy the following review of the Oscar Nominated Short Films! 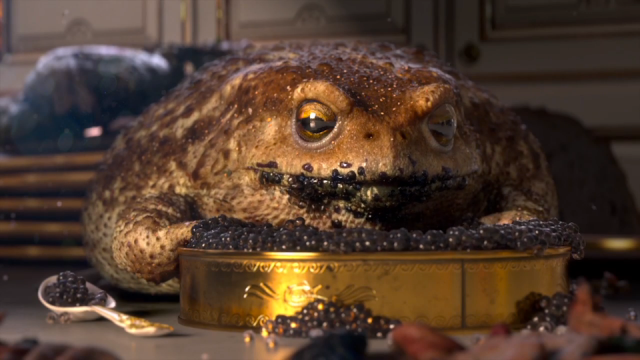 If the Animated Shorts category were to have a general theme this year, it would be a focus on the clever/witty. They all have a fairly breezy quality to them, and they all do something interesting with their animation. Hell, even Dear Basketball, an extended Kobé Bryant commercial, has some decent animation and a great score by John Williams. However, if you asked me to pick a favorite, I would have to narrow it down to two. The first is Revolting Rhymes, a British send-up to fairy tales based on a novel by Roald Dahl. Rhymes has more than a little satire (the Three Little Pigs represent the fat bankers who caused the housing collapse), and some great voice actors in Dominic West, Rob Brydon, Rose Leslie, and Bertie Carvel, but overall its animation is a little…wanting. Much more impressive is Garden Party, a photorealistic short about a group of frogs exploring a South American homestead that is slowly revealed to be the scene of a cartel execution. Watching them explore the carnage is hilarious, and the final reveal is shocking and fun. This is the type of film that upsets here, and based on the love I’ve heard from a lot of people who’ve seen the shorts, I wouldn’t be surprised to see it win. As for the rest of the nominees, Pixar’s short film against bullying, Lou, is clever, but fairly routine (although the animation of the Lost And Found Creature is insane), and Negative Space has some cool stop motion work, and the final punchline is humorous, but the idea of an animated film about the joys of packing a suitcase just isn’t enough to “wow.” If I had to guess, I’d say Revolting Rhymes is the frontrunner, but I am predicting Garden Party all the way. 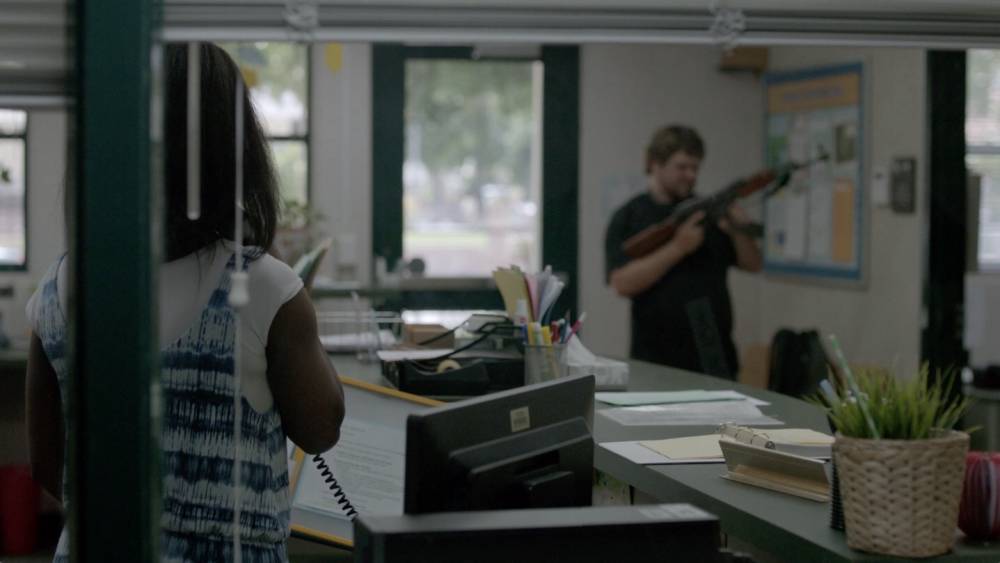 Next we have the Live Action Short category, which I can only describe as “depressing.” Each short is a cathartic release of emotion, describing a traumatic real-life event with a semblance of hope at the end. Take My Nephew Emmett, a well-crafted story about the last day of Emmett Till’s life, told from the perspective of the uncle he was staying with. That film is painful to watch, and L.B. Williams is phenomenal in it. However, it feels a little too professional, and ends up begging the question “Why wasn’t this a feature length film?” Then there’s Watu Wote/All Of Us, the true story of a bus of Christians and Muslims attacked by the Al-Shabaab terrorist organization on the border of Somalia and Kenya. Due to the group’s targeted strikes on Christians, and the Christian government’s efforts to battle the attacks by rounding up and imprisoning Muslims, the bus is filled with tension and distrust. However, when confronted, the Muslisms protected their busmates, disguising them, and saving the Christian main character’s crucifix. It’s a powerful film about togetherness, and feels every bit its scope and budget. I wouldn’t be surprised to see this one take home the Oscar. My favorite film, however, is DeKalb Elementary, which I saw one day before the Florida shooting. Also based on a true story, the film is heartbreaking as we watch a white skinhead pull out an assault rifle inside the elementary school’s office and fire a few shots into the ceiling, only for the secretary to deduce that he is emotionally unstable and to carefully use love to talk him out of causing any harm to the children or police. The film is taut, emotional, and painful to watch, and yet it’s the one that’s stuck with me the most out of all of the shorts. If I had to pick a least favorite, it would be The Silent Child – not because it isn’t good; the young girl in it is truly remarkable. However, an extended infomercial about how deaf children are treated as mentally handicapped and thus fall behind in school just doesn’t feel as weighty as the others do. It’s a fine film, but doesn’t stand out like the others. But if there’s one film I think will win, it’s The Eleven O’Clock. Why? Because it’s funny, and comedy will stand out in a field of depressing. The Australian farce about a psychiatrist dealing with a patient who thinks he’s a psychiatrist is the type of dry British “Who’s On First” style comedy that makes stories sing, and I think that will end up taking the cake in a pretty depressing field, even if DeKalb rightfully deserves it. 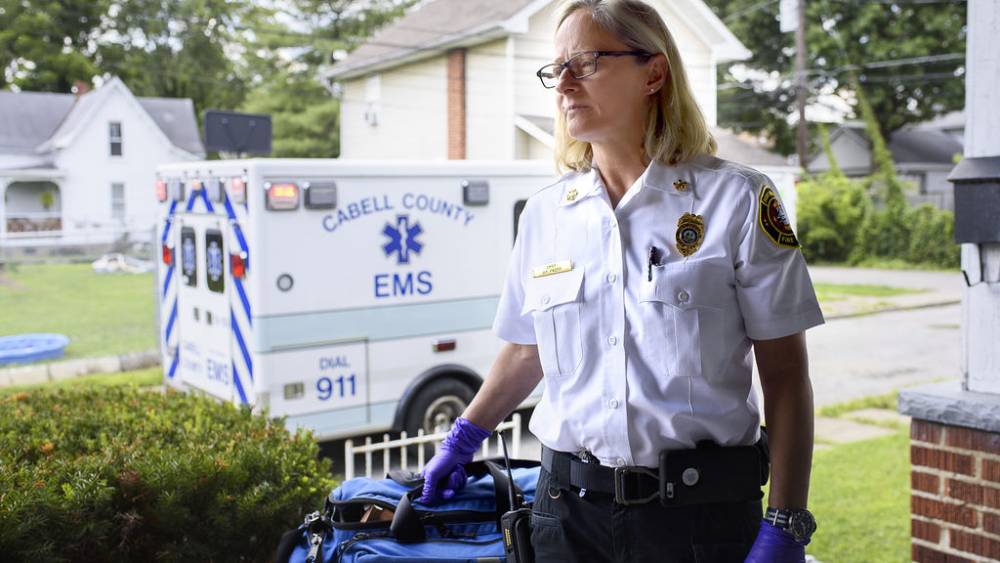 And finally, we have the Documentary Shorts, which have some uplift, but can only be summed up as “infuriating.” Take, for instance, Traffic Stop, which cuts between the now-infamous footage of an Austin police officer mercilessly beating a young, hundred-pound African-American woman and the woman, Breaion King, who is a beloved teacher with an MBA and no prior history with the law. The footage itself is striking, but the part that stands out to me isn’t the incident with the officer in question – it’s when King, crying uncontrollably in the backseat of a different squad car with a “sympathetic” officer, is told casually and off-handedly that the reason these situations occur “is because the blacks are inherently more violent. It’s in your nature.” Of course, no villain is as truly evil as Jessica Niesen from Edith+Eddie. Starting as the love story between two ninety-year-olds who find love late in life, the film takes a dark turn when Edith’s daughter sues her for custody due to a mild case of dementia. Edith’s daughter believes that if their marriage stands, she won’t get her inheritance. Edith doesn’t want to live with her daughter, because the move would put her across state lines from her husband, and her daughter’s husband beats her. So what does lawyer/court assigned caretaker Jessica Niesen do? She drags Edith out of bed in the middle of the night, ships her to her daughter’s, laughs at her fears, mocks Eddie, and then refuses to allow Edith to visit her husband on his deathbed. While never stated, it is implied that Jessica was appalled that Edith was black and Eddie was white. What’s worse, Niesen is now in custody of Eddie’s remains, which she refuses to bury or allow memorial for. I’m not one for Internet dragging, but if you want to ruin Niesen’s life, by all means, feel free to do so. She should straight up not be employed. Hell, even the uplifting Heaven Is A Traffic Jam On The 405 has some darkness, as we learn about artist Mindy Alper’s (to be fair, inadvertently) abusive childhood and we hear her mother continuously let her husband off the hook for his behavior. However, while Alper’s struggle with mental illness eventually led to electroshock therapy and some degree of handicapping, the film is still a triumphantly uplifting story about creating art from pain. It’s my second favorite film of the bunch, just below Heroin(e). Set in Huntington, Virginia, the town with the highest opioid mortality rate in the U.S., the film follows three women who use compassion, skill, and knowledge to try to make a difference (and we hear from their success stories as evidence of their impact). This includes Necia Freeman, an everyday citizen who travels the streets with her ministry to try to rescue prostitutes trapped in a perennial cycle of abuse, as well as challenges the mostly-male System that address these issues all wrong; Judge Patricia Keller, who runs a special drug court which focuses on rehab and self-help as opposed to jail time (which would only serve to exacerbate the issue); and Jan Rader, a firefighter who is almost single-handedly responsible for saving the lives of several overdosers a year, and who struggles with the balance of saving the lives of people likely to repeat their past mistakes and a system that seems to practice an “If they die, they die” philosophy. This is by far the most powerful, most uplifting film of the bunch, and I find it highly unlikely that it loses the Oscar. And the quintet is rounded out by the fairly refreshing Knife Skills, about a Cleveland restaurant that only hires ex-convicts to train as their French chefs, in order to allow for rehabilitation. Watching the chefs learn an entirely new craft, as well as feel the exuberance of turning their lives around after their past mistakes, is a true joy to watch, funny and melancholy and hopeful all at the same time. Along with Heaven Is A Traffic Jam, Knife Skills could really make a last-second push for the Oscar. However, if you want to understand how much of a juggernaut Heroin(e) is, you can watch it right now on Netflix. It’s only 39 minutes long.

So those are my thoughts on the short films. I would recommend all of them, should you ever get the chance. They are all fairly entertaining and heartfelt, and I can’t think of a single bad film in the batch. I will be ranking my personal preference below, with my Oscar prediction marked in bold. In the meantime, make sure to fill out these categories on your ballots – these can often serve as a great tiebreaker, and now you have an advantage over the average Joe Schmo!