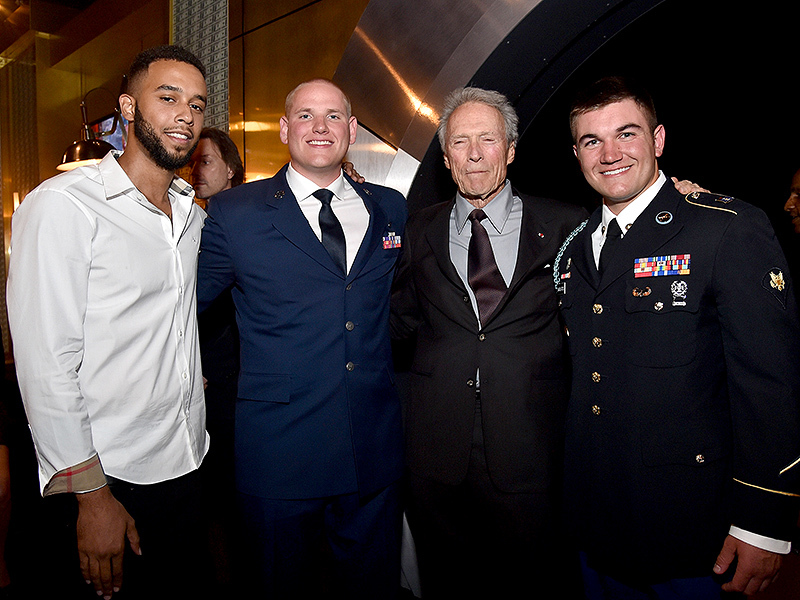 There’s always one or two films that come out at the last minute, just to mess with your Oscar predictions. This year, we have films from two auteurs, as both Ridley Scott and Clint Eastwood have announced that they’ve finished their new films early, and hope to have them release this year, just in time for awards season.

Scott has completed All the Money in the World, surrounding the infamous kidnapping of John Paul Getty III. In 1973, Getty III, the eldest son of the heir to the Getty Oil business. Charged $17 million for his son’s return, Getty, Jr. and his wife Abigail turned to his father for help, who refused out of principle. When Getty III’s ear showed up in a package, Getty, Sr. agreed to pay the highest tax deductible amount, $2.2 million, and loan the rest to his son for a charged interest. You know, like a dick. The film stars Michelle Williams as Abigail Harris, Mark Wahlberg as the FBI agent assigned to the case, and a supposedly unrecognizable Kevin Spacey as John Paul Getty, Sr. I have mixed feelings on this production. I’m really taken with the cast, as I love all three of those actors, but Scott has been on a bad streak lately, as I wasn’t a fan of The Martian and The Counselor is a truly bad movie. However, Scott is still a legend, and the fact he still doesn’t have an Oscar means this may be one to look out for. The film is scheduled for release December 8th, meaning we can probably expect it at the AFI Festival a few weeks before.

Meanwhile, Eastwood’s new film is The 15:17 To Paris. Paris tells the story of the 2015 Thalys Train Attack, where Ayoub El Khazzani attempted to open fire on a train full of passengers traveling from Belgium to France. His actions were thwarted by six men, two French, one British, and three friends on vacation from the United States. After the Frenchmen were seriously injured in the rescue, the Americans subdued the El Khazzani and administered first aid to their fellow heroes. Their actions received praise worldwide, including praise from former President Obama, who released a statement commemorating their bravery and called all three to thank them individually. This is a wonderful story, and one made even more interesting with the knowledge that Anthony Sadler, Alek Skarlatos, and Spencer Stone will be playing themselves, a la Harold Russell in The Best Years of Our Lives. I hope for the best for this film, but I can’t help but enter skeptical. Ol’ Clint has described the film as a “spiritual sequel to American Sniper,” a film I wholeheartedly loathed for its shoddy filmmaking and storytelling. He also doesn’t have the greatest track record when it comes to handling stories of this kind, going for a two-dimensional angle whereas directors like Paul Greengrass found success in three (seriously, watch the portrayals of the villains in Sniper vs. United 93. It’s night and day). If you’d told me about this film in late 2016, I’d probably be more excited, as I was high on my first viewing of Sully, but I’ve since seen that film and realized that a) it wasn’t very good and b) he plays too loose with the facts. In fact, I’d bet even money that he cuts out the three passengers who helped the Americans, or uses the offensive urban legend that the train company locked the doors and hid to protect the crew, leaving the passengers for dead. Oh, and the last time we had untrained actors working with Eastwood, we got the gang scenes in Gran Torino, easily the worst parts of that movie. However, as angry and as negative as I envision this film, I’ll still give it the benefit of the doubt. Maybe it’ll surprise me. Hell, it’s such a great story, I hope it does. We’ll find out whenever it is released, assuming Warner Brothers doesn’t hold it for another year to focus on Dunkirk.

I’ll have more updates on these films as they come out. In the meantime, you can come to your own decisions based on your preferences. Maybe you’re excited for these films. Maybe you aren’t. Only time will tell.

Tags: Alek Skarlatos, All the Money in the World, Anthony Sadler, Clint Eastwood, Ridley Scott, Spencer Stone, The 15:17 to Paris