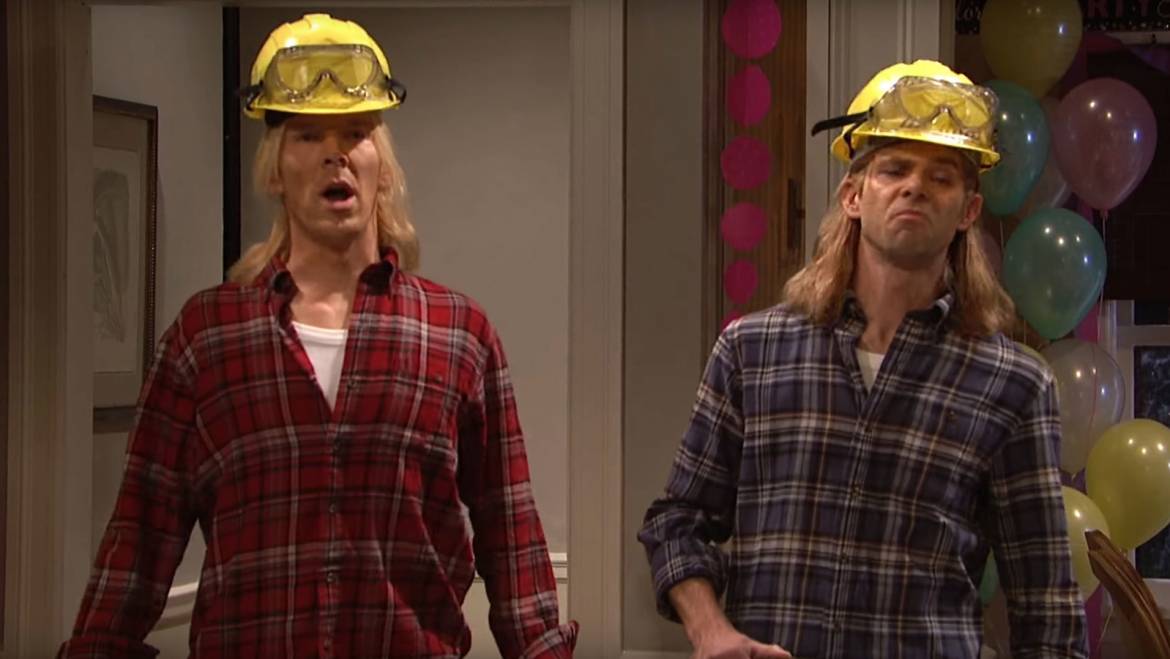 You didn’t need to watch the most recent Saturday Night Live to realize that everyone in this country is tired of the election and just wants it all to end, but it’s a pretty good indicator. And I’m not just referring to the opening sketch, where Alec Baldwin and Kate McKinnon blatantly say that they are tired of the election. I’m referring to the entire show, which seemed sluggish and anxious, like they just want to move on from this past two years of nonsense. And while nothing in the show was egregiously bad, there also wasn’t much good about it either.

Benedict Cumberbatch was certainly game for whatever sketches the show threw at him. In fact, his energy saves many of the sketches. However, he just never feels comfortable on the stage in the same way as, say, Hanks or Miranda was. Sure, he had his moments, like when he parodied his self-serious roles with the “Professor” sketch, or when he does his Alan Rickman/Jeremy Irons impression in the “Supervillain” sketch. However, his best moments come when he’s just being himself, like the first two sketches. That’s not a bad thing, it’s just not as exciting as when the host is full-out invested in every sketch. Cumberbatch wasn’t a bad host, but I expected much more from an actor of his caliber.

Beck Bennett-Bennett is usually a member of the “All-Timers” Club, and has not gotten the shout-outs he’s deserved in the past few weeks. But he was too good to ignore this past episode. From his appearance as Putin in the cold open to his performance in the “Supervillain” sketch, and especially his performance in “Why is Benedict Cumberbatch Hot?” make him one of the standout male performers on the show. His deadpan demeanor sells every sketch whether he’s the straight man or the foil, and he has proven why it took only a small amount of time for himself and Mooney to become Leading Players.

Aidy Bryant-Bryant is sort of like Melissa McCarthy: she knows how to use her body for a joke, and isn’t afraid to use her weight for the joke, but is funnier when she’s just given a strong script. She kills it in the “Why is Benedict Cumberbatch Hot?” sketch making the animalistic grunting noises, and she sells nothing as well as the “Surprise Bachelorette” party sketch. Bryant goes all in every sketch she’s in, and it makes for a much more entertaining show.

Dana Carvey-Look, the Church Lady revival wasn’t as good as it could have been-way too many jokes about Hollywood when her stuff on the election was so great. However, the entire thing felt necessary-friendly, humorous, cute, and said the kind of things we were all thinking after a painful election cycle. Plus, Carvey is just great at these types of characters. While not original, Carvey gave us what we wanted, as well as what we needed.

Best Sketch: “Why Is Benedict Cumberbatch Hot?”-I’m tempted to go with the opening monologue, which was a perfect homage to songs like Shaft or Barry White. I also really liked the opening sketch. However, for me, as a Cumberbatch fan, I can’t get over how great the first sketch was. I immediately knew something special was happening when they were all playing themselves. I then got excited when they revealed that the concept was Bennett “going rogue.” And when they first asked the question, I was over the moon. Maybe it’s a question I’ve wondered myself (that voice is the answer I come to most often), maybe it’s because I would respond the exact same way as Aidy Bryant, but no matter what, this is a good sketch, and it made me happy.

Had Promise: “Surprise Bachelorette”-This was a great sketch that didn’t know where to go. Bryant as an old woman having a Bachelorette party is great. Her dying at the beginning of the sketch is also great, as it allows her to do some perfect body humor. And Cumberbatch and Mikey Day as erotic strippers was absolutely hilarious, and it was nice to see both of them go all out for it. I didn’t even mind the Chicago Cubs cameo (here or in the Weekend Update segment). However, it just felt like there was something missing-like they were holding back, or didn’t know how to end it. Either way, it was a good sketch that could have been great.

Worst Sketch: No “worst” sketch, but not a lot of great sketches either.