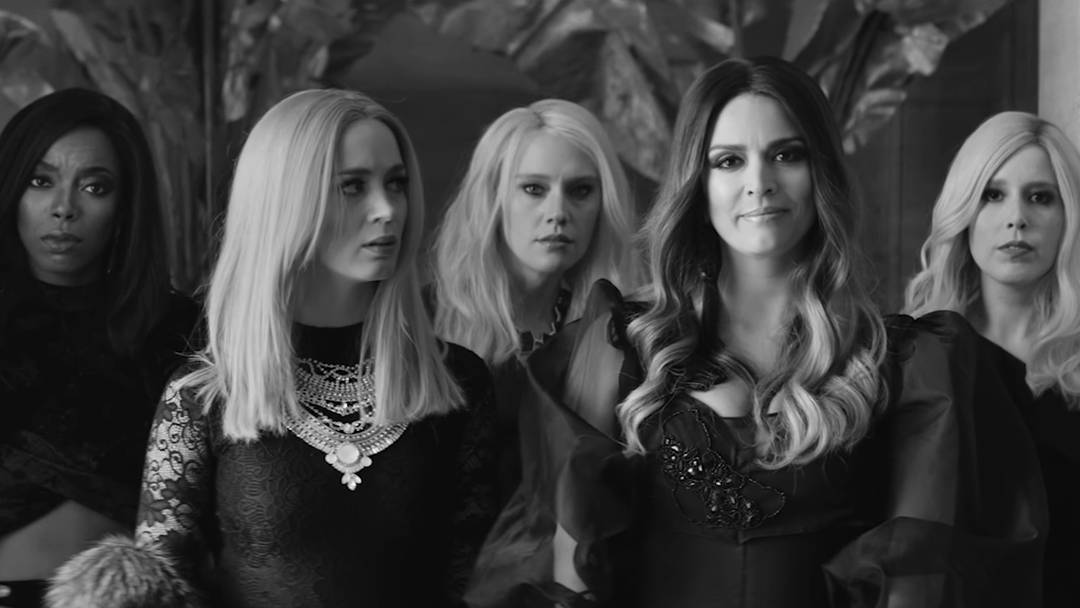 Ok, so that last episode of Saturday Night Live was a little rough. I won’t lie. Despite the high expectations for Emily Blunt, as well as the promise of a great opening debate sketch (and, undeniably, it was), the show just felt like it dragged, the sketches weren’t really landing, and the episode as a whole just felt like a letdown. Nevertheless, there was still some promise in every sketch written, and some of them were really great. So while the episode wasn’t quite what it could have been, there was still some promise.

The episode started on a strong note, with a killer debate sketch that proves, once again, that Alec Baldwin’s Trump is a marvel. However, things started going downhill almost immediately, with a dud of a monologue and a horrendous opening sketch. Things picked up soon afterwards, though, with the “Melanianade” sketch and the wonderful return of Laura Parsons on Weekend Update. Things took a downturn with a weird Burger King sketch and a humorous Honda sketch (Emily Blunt broke Kate McKinnon), and things ended on a high note with an all-hamster version of Who’s Afraid of Virginia Woolf (which wonderfully starred McKinnon and Beck Bennett), but things just never really felt right through the entire show. It’s not Blunt’s fault, per se. I think the cast just got too cocky out of the gate and tripped up a little bit. That, and Bruno Mars, who’s performance of “2K16” was the most egotistical, most insufferable display I have seen on the show, including Sinead O’Conner. But I can’t be too harsh on any episode that gave us “Chonk,” so I’ll give them the benefit of the doubt this week. They’ve certainly earned it.

One note: Alec Baldwin is no longer eligible for the Winners section. He’s too much a classic now, and I don’t want to have to write anything new each week when his Trump impression steals the show.

Vanessa Bayer: There is only one true winner of Week 3: Vanessa Bayer. Bayer is the perfect foil to the cast. Often the straight man, or the character just left of sane, Bayer’s always been a standout character on the show, from Jacob the Bar Mitzvah Boy to Brecky the Former Porn Star. On Saturday’s episode, she was absolutely on fire. The first sign was in the “Melanianade” Sketch, when she played Tiffany Trump. When Tiffany spoke at the convention, my first thought was “She sounds a lot like Miley Cyrus.” Fans of the show know Bayer first broke out with a killer Miley Cyrus impression. So it just made sense that she play Tiffany Trump using her Miley impression. And she kills it. Her line delivery is perfect, her vocal inflections are great, and the look of comedic pain on her face when Baldwin’s Trump invites everyone along but Tiffany is the perfect example of comedy=tragedy+time. She immediately followed this up by playing the straight man in a horrifically accurate sketch about film festivals (more on that later). Going from the joke to the straight man is not an easy task, and it’s even harder when you have to jump back soon afterwards, as she had to do with Laura Parsons. Laura Parsons, Child Star is one of the greatest Weekend Update characters of all time. I have no qualms putting her in the same category as Roseanne Rosanadanna, Tommy Flanagan, Stefon, Opera Man and Jebediah Atkinson. The little vocal tics that are perfect for the Disney Channel, the amount of energy she puts into an awful fact or tidbit, or her little song-breaks are all so perfect that you can’t help but chortle every time. Bayer owned this episode of SNL, and it shows in every sketch she’s in.

Alex Moffat: Alex Moffat was in a lot of sketches Saturday night. That should be a good thing for a new cast member. You don’t want to be forgotten, Brooks Wheelan or Jon Rudnitsky style. However, you also want something memorable, to make sure that you won’t be cut in the near future. Mikey Day, the other male featured player, has done just that with his Tim Kaine impression and his brilliant straight performances (in a lot of ways, he may be the new Kyle Mooney). Melissa Villaseñor is struggling to stand out in a fantastic cast of women, but is doing her best. However, outside of a brilliant appearance as Eric Trump two weeks ago, Moffat hasn’t been of much use. He looks bored in his first couple of sketches, and doesn’t appear to be having fun at any time. Having fun is the key to remaining on this show: McKinnon, Davidson, Mooney, Bryant, and especially Jones have lasted because they look like they enjoy what they’re doing every week, whether they’re actually of any use to the show (I think it depends on the sketch for each of them, but at least two of them are masters). Even Mikey Day’s look of “boredom” is a shtick, almost making his performances better. When Moffat looks bored, it kills the energy of the sketch, and often makes it nearly unwatchable. I’d like to hold out hope he comes around-his appearance is actually decent in the “Virginia Woolf” sketch-however, if he continues having shows like this last one, he’s in trouble.

Best Sketch: “Melanianade”-Look, most people will point to the “Chonk” sketch as the best of the episode. And I agree-“Chonk” is fantastic. But “Melanianade” is something else entirely. It isn’t just a parody of “Sorry” by Beyoncé. It isn’t just a satire of the women in Trump’s life who seem to have been avoiding commenting on his scandals-or worse, considering jumping ship. It’s a culmination of many things, showcasing the acting, singing, and impersonation talents of the entire cast-McKinnon, Bayer, Blunt, Sasheer Zamata and especially Cecily Strong. Blunt may not be as great an Ivanka as Margot Robbie was, but she’s great nonetheless. And the cameo from Bennett’s Mike Pence was worth it alone. It’s shot gorgeously, it’s done kindly and humorously, and Melania’s final “I wrote that all by myself” is a nice throwback to this summer. It’s not as great as “Crucible Cast Party,” or “Twin Bed,” but it really is in a different league-a league where satire and parody come together to tell the joke in the best way possible.

Had Promise: “Ann Arbor Film Festival”-I live near Ann Arbor. I go to film festivals. I know how Q and A’s work. This sketch was painfully realistic. Bayer slays this sketch, because people being forced to ask questions is pretty much a staple, and it looks exactly like this. And there usually are that many people onstage. However, there just needed to be more. The jokes were fine, but never felt biting. The actors seemed to just want to get the sketch over with. And nothing was really “amazing” about the sketch, although it was pretty great when Blunt reveals that she is playing herself at the end. Overall, it was an accurate sketch, and a funny sketch. But it didn’t live up to its potential.

Bad Sketch: “Escorts”-Yikes. It’s not a good sign when you’re worst sketch is the first real sketch of the night. But that’s what it was. Blunt and Jones were constantly tripping over each other’s lines, the joke delivery was awkward, the jokes themselves were bad, and Day and Moffat were just too bland to play interesting straight men. The only laugh in the entire sketch was Jones’ escort who role plays as Stewie Griffin holding up a yellow jumper with red suspenders and calling Moffat “Brian.” Otherwise, it was an awful sketch, and not even a giggling Blunt could save it.