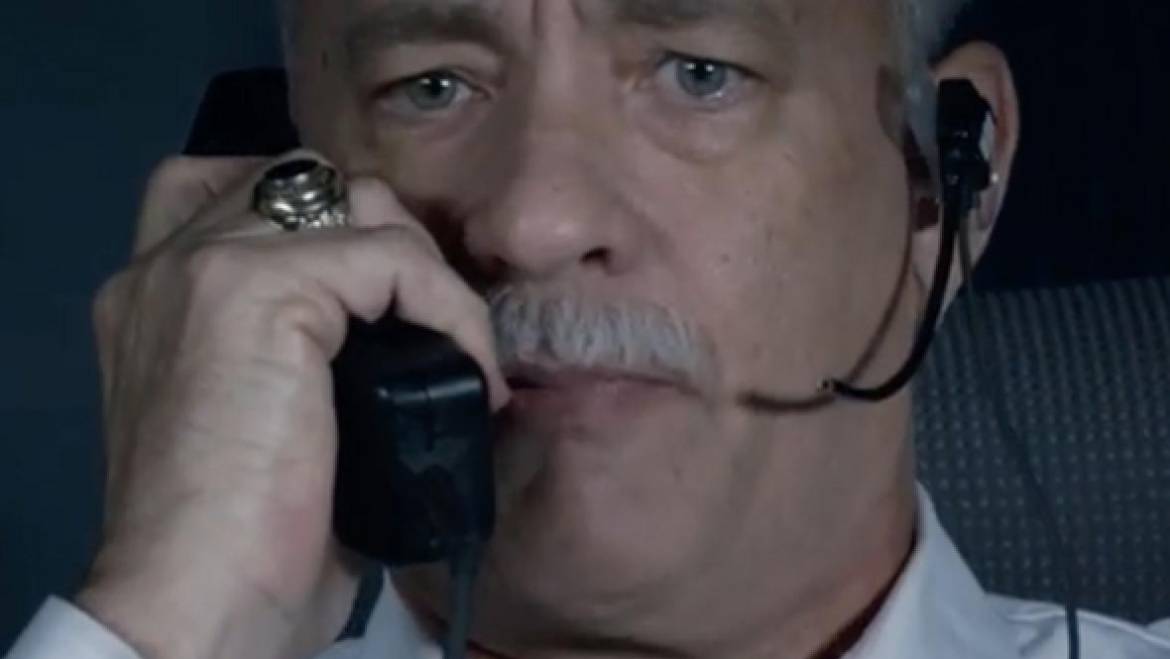 There are very few film projects as uninteresting to me as the concept of a Sully movie. From the fact it’s a story I didn’t fully care about going in (a pilot ran into a flock of birds. That’s kind of the one thing you’re not supposed to do), to the fact that Tom Hanks would essentially be reprising his Captain Phillips role (which I didn’t like) with a mustache to the fact that it would be Clint Eastwood’s follow-up to American Sniper (which I really hated), this seemed destined to be a project I hated. And in many ways, such a response was deserved. Eastwood’s never been a great “actor’s director” (Unforgiven and Mystic River notwithstanding), and he wouldn’t know a good script if it bit him like a rattlesnake in his boot. However, despite all of the signs to the contrary, something happened to me when watching the film: I started enjoying it. Oh, there were flaws right and left, and the script was atrocious. However, there was something about the tale of simple heroism, both from a community and from one man, that you can’t help but like. So despite all of my negativity, I must report that Sully is a fine, even winsome movie that everyone can enjoy.

The film follows Chesley “Sully” Sullenberger (Hanks) in the immediate aftermath of his miraculous landing on the Hudson. After hitting a flock of birds, the engines on his passenger jet failed, forcing a Not-A-Crash (“forced water landing,” he emphasizes) in the river, saving the lives of all 155 passengers. It’s an astonishing accomplishment, and everyone, from the media to his partner Jeff Skiles (Aaron Eckhart), sings his praises. However, the airline company begs to differ: evidence has arisen that proves that Sully could have made it back to the airport, and that he may have needlessly endangered the lives of the passengers. As Sully looks to clear his name, he is haunted, both by the events that actually happened and the fears of what could have happened, seeing explosions in every skyscraper he passes.

The biggest asset and detriment to this film is the story structure. While the thrust of the story is the investigation surround Sully and Skiles, there’s only enough there for a twenty-minute film. Therefore, the rest of the film needs to be filled in with flashbacks and dream sequences. These play to varying degrees of success; the dream sequences are interesting yet flawed (and possibly offensive-I’ll leave it to other people if it’s in good taste to constantly cut to sequences of a jet crashing into a New York skyscraper in a film released on 9/11’s fifteenth anniversary), the flashbacks to Sully’s childhood are ridiculously out of place and useless, yet the main flashback to the flight is excellent storytelling. Flashing back to the actual event, from different perspectives is a clever idea, and one that Eastwood handles effectively. It’s sort of what Eastwood attempted to do in American Sniper-flashback to the childhood and most major events to help us understand our hero as a human being, and while Eastwood still hasn’t figured it out, he succeeds in making Sully a more interesting and likable hero than Chris Kyle was in that film.

Of course, the main thrust (when you see the film, understand that I’m sorry for this pun) is obviously the crash sequence. Slowly building up the tension of the scene while cleverly introducing us to the pilots, stewardesses and various passengers, we actually care about what happens to these people, even if only on a surface level. When the plane starts to go down, it creates an actual sense of panic. These are no longer just extras acting scared-they’re people, with emotions, planned futures and families. When Sully manages to land the plane on the water, it’s truly miraculous, both in terms of the story and in terms of filmmaking. However, it isn’t until all of New York shows up to rescue the passengers that you realize why this entire thing works, and what makes this a better film than Captain Phillips or Sniper. Both of those films deal with the concept of ordinary people forced to be “heroes,” and yet make it seem as if “heroism” is solely the trait of Americans who go around killing. It amps up that aspect in the face of one-dimensional villains whose only trait is that they are from another country. Sully looks at heroism as a wholly human trait, regardless of nationality, and without the need for anyone’s death. Yes, this story happens in America, specifically in New York, and yet you truly understand the heroism and miraculous nature of each and every person involved, from the Air Traffic towers to the US Coast Guard to Sully himself. The true reality of being a hero is found in humanity. It’s a touching concept, and Eastwood absolutely knocks it out of the park.

For his part, Eastwood directs the film with a remarkable skill. I don’t mean to say that he has done a flawless job-indeed, there’s nothing about his direction that makes him stand out. But that’s precisely what makes this such a unique film-something this breathtaking and exciting was made by an 86-year-old-man. Think about what you’ll be doing when you’re 86, and tell me if you think you’ll be doing anything this impressive. And when it comes to his decision to film the entire thing in IMAX, it’s not as disastrous as it could have been. It makes the great sequences stand out, and at least the awful ones look pretty. And I’m surprised “One-Take Eastwood” managed to figure out how loud those cameras actually are.

As for the actors, everyone in it is fine. Hanks does his “everyman” thing to make Sully as likable as possible. Many critics are comparing his performance to Jimmy Stewart, but that’s not quite accurate. Stewart’s everyman was more interested in actively changing the world through his “aw-shucks” attitude. Hanks’ Sully is more of the “good man forced to be great” that we saw in Henry Fonda and Gregory Peck. Either way, it works, but is nothing special. Aaron Eckhart is exactly what you’d expect him to be, which is not necessarily a bad thing. Since Hanks is resigned to sitting there quietly as things happen around him, it’s up to Eckhart’s Skiles to be the charming slick-talker, forced to be the one to stand up for his pilot friend who’s too folksy to talk out of turn. It too is nothing special, but adds a charm to keep it from becoming one-note. Laura Linney continues to both be amazing in everything AND prove that Hollywood needs better roles for women than “Wife Crying On The Phone.” And when it comes to the smaller roles, the family of Christopher Curry, Max Adler and Sam Huntington are the most memorable and heartwrenching.

Of course, it’s worth pointing out that the film is heavily flawed, and those flaws begin and end with the screenplay by Todd Komarnicki. From flashbacks to Sullenberger’s childhood that feel tacked on and unintelligible in context to ham-fisted dialogue, you’ll be left cringing time after time, no matter how gorgeous or touching the images on screen get. The film serves as both an ode to Eastwood’s talent behind the camera and a tragic reminder of how important the script is going in.

But despite this terrible script and odd editing decisions, I have no choice but to recommend Sully. It’s a true testament to heroism, both on a micro and a macro scale. It’s crafted by a true master, and it’s the kind of crowd pleaser that’s refreshing after a boring and aggravating summer. It’s a film you know that you shouldn’t like, due to its flaws, but, like the real Chesley Sullenberger, you can’t help but be won over.

And as a side note, nothing fills me with more joy than when a bartender teaches Sully how to make a “Sully Shot” (Grey Goose with a splash of water), even if it is a terrible scene, but I wish they had used Steve Carell and Stephen Colbert’s “Everybody’s Talking ‘Bout Sully.” It couldn’t be worse than the atrocious song that plays over the end credits: