‘The Banshees Of Inisherin’ Review 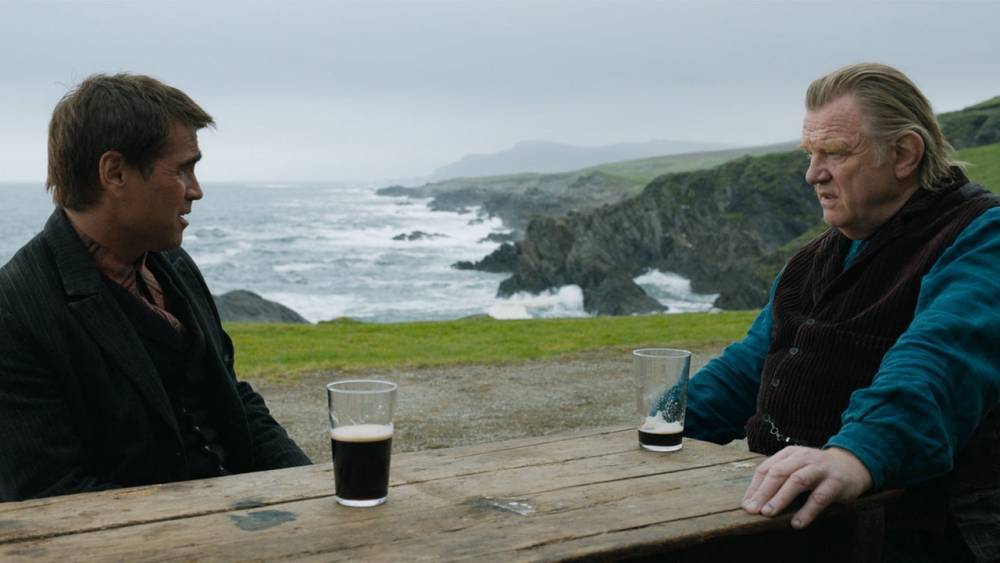 Is there anything more Irish or as lapsed-Catholic than Martin McDonagh’s love of the parable? As he attempted (with mild success, I’ll admit) with Three Billboards outside Ebbing, Missouri and his various plays about Irish history, vengeance, and forgiveness, McDonagh has once again crafted a film about the cruelty of man, the power of love, and the perpetual misery of being an Irish Catholic.

This latest film is The Banshees of Inisherin, a film that is so deeply immersed in McDonagh’s world view it may almost serve as a thesis statement. It’s messy and languid and nasty – and yet, thanks to a sharp story, a pitch-perfect cast, and a deep understanding of the ills and beauties of humanity, it emerges as a strong entry in a talented filmmaker’s oeuvre.

In the spring of 1923, a strange occurrence arrives on the shores of Inisherin, a small island off the coast of an at-war Ireland. Despite a friendship stemming back decades, local musician Colm Doherty (Brendan Gleeson) has suddenly cut off his drinking buddy Pádraic Súlleabháin (Colin Farrell), a kindly simple farmer who could talk for two hours about his beloved donkey Jenny.

Pádraic can’t fathom a world without Colm, who seemingly has no good reason for cutting his friend off, and he does everything in his power to win back Colm’s affections. Their battle of wills gradually escalates, until the entire island is involved with their petty – and eventually graphically bloody – squabble.

Parables work best when they can operate on every level. Obviously, they need to tie into the world at large, and address some deep-rooted, overarching theme of human nature. But the story itself needs to be intriguing enough to entice, entertaining, and educate the audience. McDonagh’s central conceit – a feud between friends – indeed works on every such level. This is a story about humanity’s inhospitable nature towards itself, ironically playing out the gorgeous isles of Ireland.

Banshees consistently find ways to show the way that hatred affects society, which in turn brews more hatred. As Pádraic and Com’s feud grows more intense, the island of Inisherin itself begins to reflect it. Every citizen becomes riled up, egging on the tension through gossip and close-mindedness.

Or perhaps it is the other way around – these friends are torn asunder because they grew up on a vile and contemptible island, where snooping shop keeps praising violence and police officers get off on beating their kids and performing indiscriminate executions if the pay is high enough. It makes sense that characters often are separated by fractured glass – the world is broken, and that brokenness keeps people from connecting on a human level.

McDonagh’s story is consistently bitingly acerbic, equal parts bitter and hopeful, to the point that it’s hard to decide if he’s optimistic about our future or not. There is certainly a plea for niceness at the center of this story, even if the hatred is unbearable. But it is possible to watch this film and interpret his viewpoint several different ways.

Take, for example, the statue of Mary that overlooks the island. Is she silently judging a world that has forgotten to forgive? Is she a sign that kindness and forgiveness are desperately needed? Or is she a sign that God simply looks down on the foolish mortals below, unable or unwilling to intervene?

Banshees is an impressive film thematically, but it’s hard to shake the feeling that it’s missing something. While it’s hard to put my finger on what specifically was needed to make this a slam dunk, I have a hunch it’s McDonagh’s trademark humor. The film is so melancholy, so deeply sad, that the inflection of humor throughout the script just feels neutered by the weightiness. There’s a sharpness lacking that even the flawed Three Billboards possessed.

However, that doesn’t mean there aren’t great jokes within Banshees’ 100-minute runtime. Delicious non-sequiturs and bitingly droll commentary roll off the cast’s tongues with uproarious aplomb, offering both a terrific laugh and an insight into the minds of our characters – not to mention the world around us. When Pádraic learns that Colm may have cut him off due to depression, he comments, “If he’s depressed, he should just act like he’s not. Or push it down like the rest of us.”

This aside is amusing enough, but also tells us about Pádraic’s naivete, as well as the toxic worldview that brewed this conflict. Later, after Colm takes a moral stand and strikes the evil town constable Peadar Kearney, he brusquely tells a priest urging him to confess that “If punching a cop is a sin, we may as well just pack up and leave” – an insight into Colm’s character and an observation that feels cheer-worthy given Kearney’s awfulness. And what more do I need to say about the line “I’m not putting my donkey outside when I’m depressed!” McDonagh’s script uses its jokes to give insight into his characters’ personalities, and it works more often than not.

It certainly helps that Banshees boasts one of the year’s best ensembles to bring McDonagh’s words to life. Farrell continues a string of terrific, whole-hearted performances as a simple, kindly man pushed to his limit. He lets his entire body lift and fall with Pádraic’s moods, pouring his entire soul into the role – perhaps because of the end of the day, Farrell is just a gentle guy. Meanwhile, Gleeson is delightful as Colm, and we feel his pain, but considering the talented actor has given us performances as delicious as 2014’s Calvary, one can’t help but want a bit more from the seasoned veteran.

Outside of Farrell, the film’s best performances come from the supporting players, like Kerry Condon as Pádraic’s fiery sister. Not only does her face say more than most performers’ entire monologues, she also possesses an uncanny ability to deliver bitingly acerbic lines. Her delivery of “You’re all feckin’ boring men!” is iconic upon delivery. Other standouts, on a smaller scale, include Gary Lydon’s truly reprehensible Officer Kearney, David Pearse’s frustrated and constantly cursing Priest, and Sheila Flitton as Mrs. McCormick, a mysterious old woman who may or may not be the eponymous banshee.

However, I’d say the real stand-out here is Barry Keoghan, who plays the village’s supposed idiot Dominick. Keoghan has been a true presence since his 2017 breakthrough, and his antsy naturalism is no exception here. While he’s certainly a comedically simple character, Keoghan’s performance seems to push back at this characterization. He is instead a quiet philosopher, contemplating the world around him and processing the hatred in his own way.

The Banshees of Inisherin is a simple film that offers complex analysis of the world around us. It’s a simple, entertaining enough allegory, fleshed out with rich characters and adorable donkeys. Do I wish I had completely fallen in love with this film? Sure. But perhaps this is because of my own barrier. I spent so much time wanting the evil characters to receive comeuppance, I was reluctant to embrace McDonagh’s greater point about, kindness, honor, and love. The Banshees of Inisherin challenges you to love, and if a film is capable of making me question my own hardwired morals, then it’s certainly worthy of admiration.

The Banshees of Inisherin is now playing in theaters nationwide