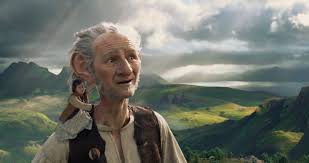 The end titles to Steven Spielberg’s newest film The BFG contain the phrase “For our Melissa.” This is perhaps the best explanation for why this film is so good: for Melissa Mathison, the woman who brought us E.T., who hadn’t written a screenplay since 1997, and who sadly passed away last November. Her script for Dahl’s classic is so tightly and carefully constructed, it would have taken Spielberg more effort not to make a good film out of it.

Ruby Barnhill plays Sophie, an incredibly precocious orphan (are they ever anything else?) who has a list of rules to protect herself during the “witching hour”-that time at 3 a.m. when her insomnia keeps her awake and reading while everyone else is asleep. One night, she gets out of bed to check on the cat-breaking all of her rules-and is seen and snatched by a giant. In the film’s most thrilling sequence, the giant whisks her away to Giant Country, where he reveals that, unlike his brother giants, he does not eat humans, and is instead a gentle soul. Sophie names this giant, lovingly portrayed by Academy Award-winner Mark Rylance-The BFG, and they proceed to become fast friends, traveling to Dream Country, meeting the Queen, and battling the other giants, led by the fearsome Fleshlumpeater (Jemaine Clement).

There are three types of Steven Spielberg. There’s 1941 and War Horse Spielberg, who is nightmarishly bad. There’s Serious Spielberg, who brought us Schindler’s List and Saving Private Ryan. That Spielberg is great, and has brought us some incredible films, but the one that people truly remember is Magical Spielberg. He’s the one that whisks people to faraway lands and fills our heads with wonder and delight, whether he is frightening us like Jurassic Park, thrilling us with Indiana Jones, or warming our hearts with E.T. This Spielberg hasn’t been back since perhaps A.I., which was a mixed bag. I’m happy to say that, while it never reaches the magic of those classic films, he is certainly in that wheelhouse yet again.

Spielberg carefully lets Mathison’s story play out on screen, and the end result is truly magical. The comedy in the meal with the Queen is carefully executed, the wonder of each world Sophie visits is there, and, perhaps most miraculously, the script is filled with outlandish malapropisms delivered by the BFG that somehow never seem to become tedious or unbearable. That, my friends, is a true wonder. Truly the real success of this movie is in Melissa’s script, and it makes you sad to remember that her talent is no longer with us.

When it comes to the acting, Barnhill is appropriately adorable in the lead role, providing a sense of wonder and spunk that is needed for this role to work. Hell, I’d go as far as to say that she brings more to it than Henry Thomas did to Elliot in E.T. However, I highly doubt people are coming to this movie for Sophie. They want to see the lovable giant fill the screen. Rylance has a lot to live up to-not only is The BFG a more beloved Dahl creation than perhaps even Wonka himself, but in some past incarnations of this production, the role was to be played by the likes of Robin Williams, and even Gene Wilder himself. So I’m happy to say that Rylance brings the wit and heart needed to the role, and then some. He’s truly magical to behold, so much so that Spielberg chose intentionally bad looking CGI for his giants. You can afford to make all the giants look like Dahl’s outlandish drawings just so long as you can capture 900 emotions in Rylance’s eyes. And the ears. My God, the ears. Realizing that the Academy will never nominate a stop motion performance makes me glad that they rewarded him for Bridge of Spies. It’s an award that should count for both, considering the accomplishment here.

The other giants are portrayed by the likes of Clement, Bill Hader, Adam Godley and more, and they mark the beginning of the flaws for the film. Oh, they are humorous, yes, and a sequence containing a match cut between the Fleshlumpeater’s blood-red eye and the rising sun silhouetting the giant is perhaps just as gorgeous as E.T. riding in front of the moon. But you never really get a chance to know any of the giants. Sure, you know who the Fleshlumpeater is, and even if you couldn’t, you might be able to recognize the Flight of the Conchord’s voice from other work. But the others? You can’t really tell them apart, other than being distracted by the fact that one of them looks exactly like Nick Frost and isn’t actually played by Nick Frost (Ed from Shaun of the Dead). Sure, you know their names, because The BFG and Sophie say them so many times. However, I couldn’t tell you which one was which, even if you put a gun to my head. It really takes away from the awe of having nine fifty foot giants staring down at you.

If we are going to talk about flaws, I should also say that not all of the humor works. There’s a very fun sequence of the other giants picking on The BFG that ends with a nut shot, which completely ends the fun of the sequence. And there’s a recurring joke about The BFG’s flatulence-inducing drink. Yes, I understand it’s from the book, Spielberg. That doesn’t mean you need to show it onscreen. I could have gone my entire life without watching a Spielberg groin joke or fart joke.

Technically, this film is fine. The cinematography has some absolutely stunning moments, such as the Dream Country sequence and the aforementioned Eye sequence, but also falls into Janusz Kamiński’s usual bad habits of glaring windows illuminating the hero character. And John Williams’ score is perfectly fine, as all his scores are, but is nowhere near as memorable as his best work.

However, if you take a bunch of fine, and sprinkle it with a little bit of great, you end up with something pretty damn pleasant. And that’s what The BFG is-a nice, fun Spielberg-ian adventure that has something for everyone. Roald Dahl dedicated his book to his deceased seven-year-old daughter, and brought something magical in the world because of it. Fueled by the same loss of Melissa Mathison, Steven Spielberg has done the same.