The ‘Captain Underpants’ Trailer Has Ruined My Childhood 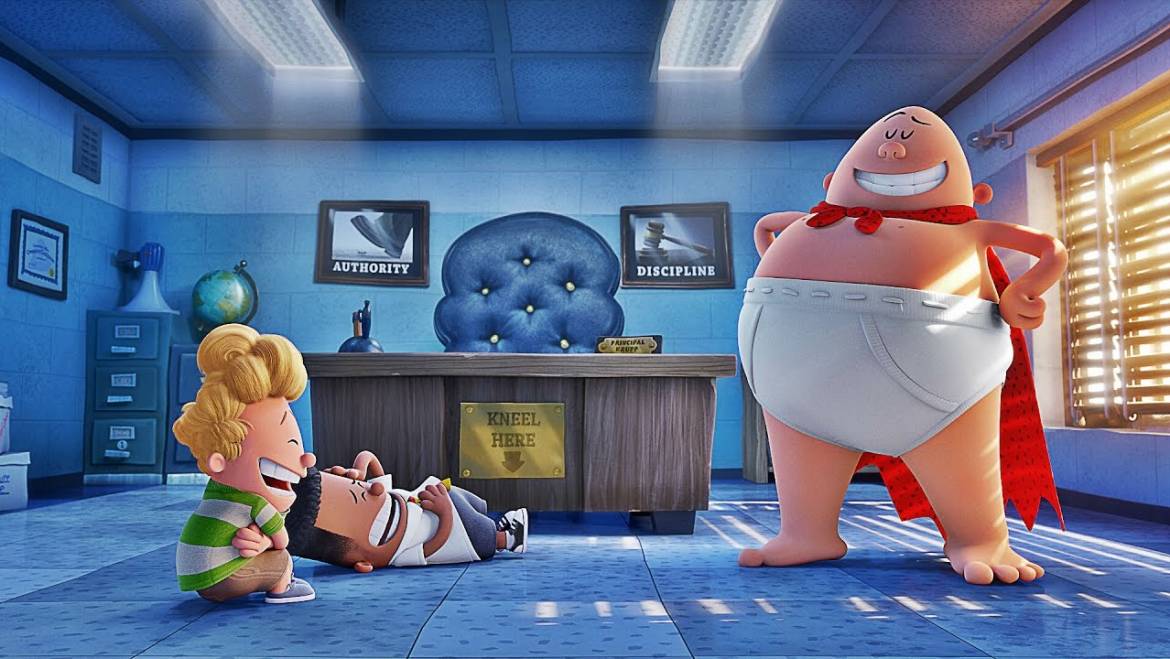 When I was a child, I adored the Captain Underpants series. They were crass, they had clever drawings to accompany the words (even if I was long beyond “picture” books when I read them), they had creative “flip-o-rama” action sequences, and they appealed to the juvenile in me. For years, I was excited for the rumored animated adaptation Dreamworks was working on, even if I haven’t touched one of those books in thirteen years. And now that we finally have a trailer…I’m realizing that I’ve been looking at those books with dangerously rose-colored Nostalgia Glasses.

For those of you who aren’t in their twenties, Captain Underpants follows two young class clowns, George Beard (Kevin Hart) and Harold Hutchins (Thomas Middleditch). George and Harold love pulling pranks, raising a ruckus, and writing a comic book series titled “Captain Underpants,” about a superhero who wears underwear and fights scatological-based villains. They are constantly at war with their principal, the barbaric and square Mr. Krupp (Ed Helms). When he threatens the boys with a permanent separation, the boys hypnotize him with a powerful Hypno-Ring, and accidentally transform their principal into the hero they created. Unfortunately, Captain Underpants’ do-good attitude is a little too gung-ho, and he’s a little more brawn than brains. Can the boys manage to keep their principal/hero safe, as well as prepare for a fight against the villainous substitute teacher Professor Poopypants (Nick Kroll, and yes that is the character’s real name)?

This is honestly one of the worst trailers they could have put together. Despite a fantastic cast, and a script by Nicholas Stoller (Forgetting Sarah Marshall, Yes Man, The Muppets), none of the jokes seem to work here, seeming so juvenile I can’t even fathom a moderately intelligent child enjoying it. It honestly makes me look back and wonder if the books that filled my childhood with wonder and sinful glee were even good, or if the nostalgia of being seven is in full effect. All I can say is between this and The Boss Baby, Dreamworks is no longer the group of innovative rebels that gave us Shrek, Kung Fu Panda, or How to Train Your Dragon. They should really take a moment and rethink their upcoming slate of films before they doom themselves to the lowest circle of Creativity Hell. I’m holding out hope that this film has anything worth writing home about, but it may all be for naught. If you find something more worthwhile than I did, you can check out the film on June 2nd, and if you hate yourself, you can watch this trailer below. Hopefully it doesn’t destroy your childhood the way it did mine.