‘The Death Of Stalin’ Review 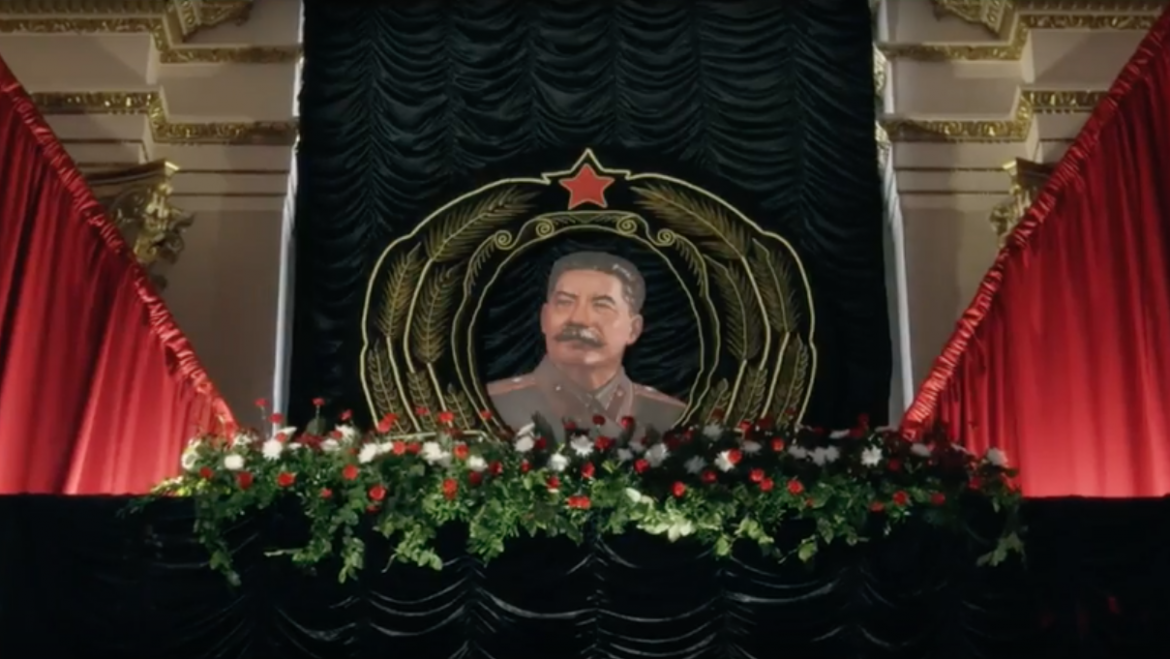 If you’ve been following this site since the beginning, you’d know that one of my favorite genres is the satire. You’ll have read of my love for Dr. Strangelove and Get Out, and last year you’ll have seen me tear apart both Kingsman and Downsizing for demonstrating how to fail the art form. However there’s something ingenious about using the absurd to smash the order of things or past shortcomings in order to change the world. And for that reason, the world’s current greatest satirist, Armando Iannucci, has once again met the high bar set for political comedy by taking to task one of history’s greatest monsters in The Death of Stalin.

It’s 1953, and Josef Stalin (Adrian McLoughlin) is at the height of his power. Along with the Central Committee, he rules the Soviet Union with an Iron Fist, disappearing people on whatever whim captures him that evening. However, when he suffers a cerebral hemorrhage and dies suddenly, the task of running the country falls to his team of idiotic buffoons. And so begins a power struggle to fill the seat left by one of the world’s most infamous leaders, especially between the kinder, liberal Nikita Khrushchev (Steve Buscemi), the sadistic head of the secret police Lavrentiy Beria (Simon Russell Beale), and the incompetent, childish successor to the position of Commander-in-Chief, Georgy Makenkov (Jeffrey Tambor).

What makes the films of Armando Iannucci so brilliant is the way that he knows exactly how to find the humor in each and every governmental decision. He understands that governments, be they democracy, monarchies, or dictatorships, are rarely made up of the best and brightest, and he portrays them as the f*ck-ups they are. When we are introduced to Stalin’s Committee, they are introduced with dramatic music and frat boy interactions, showing us the incompetency often found in these types of governments. Upon learning of their leader’s demise, they instantly make a show trying to feel the most bad, trying to impress both their friends and rivals, even though their show of affection is painfully obvious, satirizing the game of favoritism found in government. And above all, we get to see the piss taken out of a madman (quite literally, in fact – Stalin pisses himself upon his demise). The film allows us to find humor in the man’s atrocities, opening the film with a glorious piece of farce as an orchestra tries to restage an entire concert so Stalin can have a recording. Each person tries to one-up each other not for the sake of the dictator, but because if they don’t, they could very well be shot. It’s a horrifying concept, but it’s portrayed so hysterically and comedically that it allows us to condemn a tyrant through comedy – the true weapon of satire. And we even get a bit of dramatic irony for good measure – while Stalin still survives after his cerebral hemorrhage, he cannot be saved because, as his committee comments, “We’ve killed all the competent doctors!” However, perhaps above all, the film satirizes the notion of a “Committee,” both in a Communist dictatorship and in the world abroad. Perhaps the biggest cause of Stalin’s death is that any idea that could potentially save his life has to be put “before committee,” satirizing the bureaucracy of the government when it comes to something that should generally be accepted as ethically sound. This idea is furthered, albeit in the other direction, by Beria’s bureaucratic explanation to his men about how to properly execute someone – “Ok, so I need you to shoot him first and make sure she sees it, I need you to extract some information before execution, make sure they are shot in this order exactly, and remember to have fun.” And overall, there’s nothing more silly than watching the Committee force each other into unanimous votes for the sake of the record, or watching Molotov (Michael Palin) attempt to filibuster the meeting, much to everyone’s chagrin. This is a film that understands the silliness of government, and it wants to takes us along for the ride.

However, satire isn’t solely charged by its ability to be funny. Satire only works if there is a dark truth underlying it – the best satires make you laugh throughout while leaving you kind of speechless and sad. And there’s certainly more than enough of that here, as the film makes no qualms about portraying Stalin and his merry band of monsters as the sociopaths they were. In the case of Stalin, we first see him handing over his “list of enemies” for a series of nighttime massacres, all while he watches his favorite cowboy movies. Perhaps this is a historical joke, perhaps it’s presented for irony, but it’s hard not to watch Stalin milking in a John Wayne epic and not read into the fact that Wayne’s sheriffs also execute without discretion and are presented as the solitary hero. Meanwhile, if you think Stalin’s bad, wait until you get a load of Beria, a man who (quite literally) gets off on power and enjoys raping the females he’s arrested. The fact that this detail is revealed to us in the first person changes the tone quite dramatically and makes this otherwise-buffoon of a man even more traumatizing. The film loves to shift in tone like this, switching over from the jokes to the terror with an overlapping sense of irony – watching an entire staff being eliminated so the citizens don’t know that Stalin was rich is a terrifying scene, and yet somewhat comical in its over-the-top nature. However, nothing leaves you with a more empty feeling than the finale, which features a Kangaroo Court, albeit a deserved one, and a secretive execution that doesn’t let you off the hook for rooting for a man’s death. What’s worse is the fact that the following scene makes you realize that such killing won’t even break the cycle – it will always continue, and even our progressive hero will eventually become the very monster he fought against. The credits roll as the names of the actors are slowly “disappeared,” and if that’s not the most telling indication of history repeating itself, I don’t know what is. This is a smart movie that doesn’t hold back, and it’s part of what makes it great.

Of course, no piece of satire is complete without a cast to bring the dialogue to life, and luckily Iannucci managed to put together a team of highly skilled, completely game actors and actresses to bring this story to life. At the heart of it all is an absolutely wonderful Steve Buscemi. Buscemi is a wonder as Nikita Khrushchev, portrayed as the straight man in Stalin’s entourage. Buscemi portrays Khrushchev as a man who wants to change his country for the better, and who is far more sensible than those he is surrounded by, and yet he is incapable of saying the right thing at the right time. In fact, it is damn near impossible for him to say anything other than the wrong thing throughout the film’s running time. His pain is our pleasure, and it makes his cynical declaration in response to a friend’s religious daughter, “Who the f*ck would want everlasting life?” all the more deliciously nihilistic. Also standing out is Andrea Riseborough as Stalin’s grieving daughter. Despite being in the industry for several years, Riseborough has failed to truly break through in her major roles. This should change after her performance here, equaling her male counterparts in wit and pathos at every turn and damn near stealing the movie. Of course, if anyone should steal the film on limited screentime, look no further than Jason Isaacs, who comes blasting in as General Georgy Zhukov with a jock-laced, bombastic bravado the likes of which I’ve never seen. I can’t tell if my love of the character is because of his cocksuredness or because of my love for Isaacs, but either way, any moment he is onscreen is a highlight in the film. Also making an impact in the deep cast are Simon Russell Beale as the frightening Beria, Rupert Friend as Stalin’s dumbass kid Vasily, Jeffrey Tambor as the ineffectual Malenkov, Michael Palin as the naively patriotic Molotov, and especially Paddy Considine as the put-upon head of Radio Moscow.

The Death of Stalin is, quite frankly, one of the funniest films I’ve seen in a long time. It’s a film that can make you laugh out loud several times over, whether the characters have a lengthy fight over a gun (easily the best physical comedy setpiece of the year) or engaging in next-level wordplay. While the decision to have characters speak in British accents is indeed a weird one (I can’t tell if it was supposed to be ironic or not), it’s one that can easily and quickly be overlooked. In the end, I loved this film. It is arguably the best political satire since Dr. Strangelove, and it deserves the biggest audience possible.