‘The Greatest Beer Run Ever’ Review 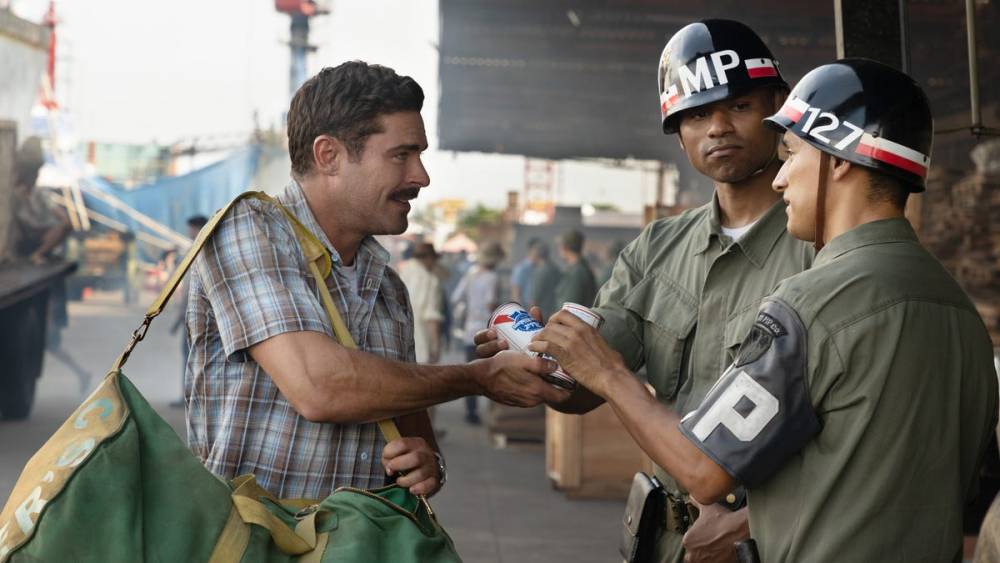 At some point in every grown adult’s life, some intrinsic part of the human brain sends out signals indicating the desire to embrace parenthood. Yes, this includes the animalistic desire to mate, but I’m talking the domesticity of adulthood. Call it our lizard brains acting up, call it the patriarchy, but no matter how hard we try to defy it, those signals eventually get sent with a rush of serotonin.

I say this because I’ve recently been showing signs that my body is ready to embrace middle-aged suburban dad life. I’ve started dedicating my weekends to football (more so than usual). I’ve started reading books about history. And I find myself, no matter how pedestrian the direction or pandering the plot, thoroughly won over by Peter Farrelly’s second “serious” outing, The Greatest Beer Run Ever.

During the “early” days of the Vietnam War (or at least early into calling it a war), Chickie Donahue (Zac Efron) sees very little change in his life. Having served his time before the war in base camp in Massachusetts, the New York native is free to spend his free time shooting the sh*t around town and drinking at his favorite bar while those he grew up with ended up overseas.

Fed up with folks like his sister (Ruby Ashford Serkis) and the “biased media” constantly criticizing the war and spreading disillusionment, Chickie decides that he’ll do something nice for them, no matter how insane: he’ll sneak into Vietnam, track down the neighborhood kids with a duffle bag full of Pabst Blue Ribbon, and share a beer with them. His journey manages to spread some laughs to those desperately in need, but it also teaches Chickie that what he thinks he knows about Vietnam just might not actually be the case.

It’s amazing that as Farrelly moved from his slapstick comedies to prestige mid-budget dramas, his sense of timing improved while his visual panache as a director disippated. He’s not a bad director, he just fails to bring any flash to his stories. Scenes are staged in the most obvious way possible, whether it’s opening scenes of protests in New York or moments set in the jungles of Vietnam. Hell, so little thought is placed into the film’s visual language, there are literal “whoosh” sound effectsthat accompany flashbacks, as if this were a 1990s sitcom.

And yet – and yet – as basic as his direction is, there’s no denying his talent in regards to storytelling. Perhaps it is his background as a comedic director that aids his knack in this department. After all, jokes are all about timing, and while there’s nothing visually striking, or narratively new, in his story about the horrors of Vietnam, his knack for timing a big reveal, or a moment of levity, or an Important Statement remains unchallenged. It’s funny, for a director whose entire MO these last few films has involved taking the worst moments of the 60s and making them seem fun, he walks the tightrope surprisingly well.

As lambasted as Farrelly’s films may be for their inability to take a side or have an opinion on any issue – even “war is bad” seems like a stretch for the wishy-washy director – his films often provided surprisingly sharp insight in almost unintended ways. The Oscar-winning Green Book, as lazy as its views of race relations may have been, offered surprising insight into the “white moderate” that Martin Luther King Jr. famously criticized. Here, Farrelly offers a critique of the “gear queer” – a military term for the type of person who celebrates the military and praises the troops and bashes protesters without ever having the balls to either think for themselves or enlist on their own.

Farrelly’s screenplay finds clever little ways to pick apart Chickie’s character and inherent stupidity, without ever undermining his inherent likability. In the film’s opening scenes, we witness him scamming his way into a church, showing both his level of charm as well as his desire to appear holier than thou without actually doing the work. While he and his buddies casually remark, “War is not a TV show” as a criticism of the media’s coverage of the war, it also poignantly displays their own misunderstanding of what war actually is – a realization made painfully clear when he puts his buddy in danger just for a theatrical reveal of the beer he had brought.

What Greatest Beer Run does mostly well (with a few key missteps that bring into question matters of taste and respect) is capture Chickie’s slow realization that everything he believes about the war is wrong. For much of the film’s first half, Chickie is happy-go-lucky, oblivious to the folly of his beliefs and his actions even as he hitches rides on planes loaded with dead bodies and flag-covered coffins.

Of course, Farrelly’s vision predominantly works because Zac Efron is such a surprisingly charismatic talkative New York schmuck. He brings a sweetness to the ultimate himbo protagonist, hiding his own fallibilities behind a big, dumb, earnest smile. His only missteps come when his character is expected to emote – as entertaining a performer as he may be, the former Disney star hasn’t mastered the art of dramatic performance yet.

Thankfully, most of the drama is left in more capable hands. Sure, this means characters like Matt Cook’s lt. Habershaw (a great comedic foil for Efron’s laissez-faire Chickie) or legendary actor Bill Murray as a gruff bar owner (essentially a cameo for an old friend). But I mainly refer to Russell Crowe, who plays a grizzled war correspondent who reluctantly takes Chickie under his wing. It’s a role that almost any actor could play, and play well – a voice of reason hidden behind a bottle at the bar from “the things he’s seen.” And yet, for some inexplicable reason, Crowe dedicates himself to the role in a way he hasn’t since…I wanna say Master and Commander? I’m not kidding when I say he’s an absolute joy onscreen.

Listen, The Greatest Beer Run Ever isn’t the high art Peter Farrelly wants it to be. It’s shaggy, and flawed, and dubious. But it worked on me. Maybe I saw something in the story deeper than I was originally meant to. Maybe I’m a sucker for a film with the “Hey Hey LBJ chant.” Or maybe I’m just delighted a Vietnam film has been made with nary a Doors or Creedence needle drop in sight. But I enjoyed Beer Run for what it was. It’s no high piece of art, and any novices to the history of the war should absolutely not watch this film. But on a Friday night, when looking for a film that will make you laugh and fulfilled without having to use your brain? You could do a helluva lot worse.

The Greatest Beer Run Ever is now playing on Apple TV+